In 1978, Jim Jones ordered his followers—almost one thousand in total—to commit suicide.  Hundreds of dead men, women, and children splayed across Jonestown revealed the terrible consequences of religious cults across the world.  Despite not actively being a member, there’s a scholarly fascination in understanding their function and appeal for many.  Redact Games’ first effort, Sagebrush, taps that curiosity via the first-person narrative adventure subgenre (i.e. “walking sims”).  There’s a potency in translating to this format: a dedicated developer disregarding traditional mechanics to focus on disinterring the damages found in fanaticism.  It’s about involving players in a unique mystery without pestering them for new flashlight batteries.  But neither this story nor game design make something worthwhile from such fertile soil.

Sagebrush does know how to hook you in.  Beginning with a low-angled shot, the introductory cutscene shows a vehicle crawling along the New Mexico desert.  A lady’s voice, filtered through an old tape player, recounts her initial experience traveling to Black Sage Ranch.  The recording ends with one celebratory word: “James.”  A cult’s leader is the centerpiece behind any congregation’s appeal.  You arrive at present-day Black Sage to uncover what led to this flock’s mass suicide in 1993. 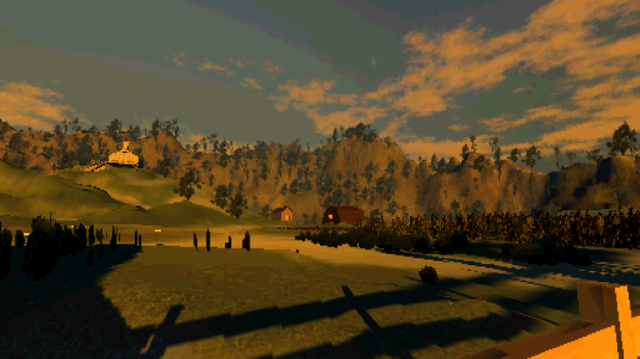 A hook can only get you so far, unfortunately.  After the opening, practically every cliché for these stories is checked: Father James’ divine narcissism, tremendous brutality employed to purge one’s sins, the sexual dynamics, insane amount of enforced work hours, and then some.  The story’s template casts its eyes towards The People’s Church and The Branch Davidians.  But the spirit of said cults remains skin deep.  As stated before, there's an outline of expected cult behavior; and yet, there’s rarely any nuanced information to glean about these characters.  Outside of tape recordings focusing on that interviewed woman, everyone else is a rank-and-file caricature.

Divorced woman: deeply connected with this community after leaving abusive husband and has two kids.

Preacher’s wife: subdued to the point of nonexistence while in full service of husband’s wishes.

I think you get the point.  To be clear: it’s not that these characters are typical cases lured in by such groups.  There’s just too little personality to feel any connection with them.  Could that be the point?  Perhaps there’s an angle to explore of how cults blunt one’s individuality because of their leader’s vampiric nature; then again, it could be an unwillingness to put in the legwork.  The mismanagement of Father James supports the latter. 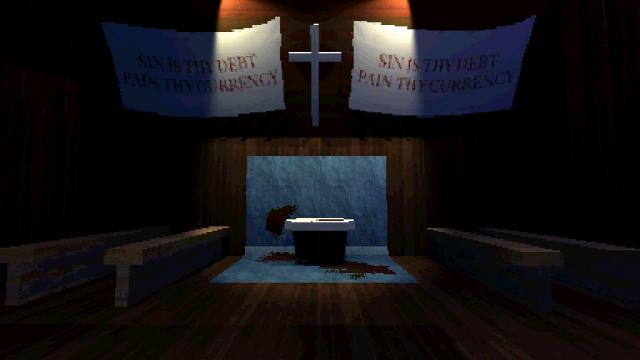 For all of his prominence and buildup, Father James may be the most unengaging cult leader I’ve encountered.  In respect to writing, it comes back to the shallow, Wikipedia-centric outline of how he manipulates those around him.  Jim Jones had clear vision on racial integration and social justice which contrasted more vile churches of the 60s and 70s.  His caring for the downtrodden from all walks of life could sometimes be felt in documentaries about him.  Ex-followers still vouch for his moving messages and actions which made them truly feel like they belonged.  Father James could’ve tapped a similar characteristic by heavily focusing on socio-political frustrations of the 80s and early 90s.  Sagebrush’s story opts for boiler-plate religious dogma instead.

As if it couldn’t be possible, Nate Beren’s voice acting and filmed performance leave more to be desired than the writing.  If you’re going to have an apocalyptic bible-thumper, give us quality bible-thumping.  It’s like the Chekov’s Gun of cult leaders.  All audio & cinematic presentations of Father James gave the impression of David Cross on Adderall.  Instead of an excited Billy Graham grabbing you by the shirt collar about how all sinners are condemned, we get a gutless Tobias Funke (Arrested Development) talking about his next message from God.

In the end, Sagebrush currently sits as the worst game narrative I’ve experienced in 2019.  Yes, some credit is due to another positive: the interviewed woman (voiced by Sarah Berens) whose tape recordings paint a picture of what drew her towards Black Sage.  But one virtue isn’t enough to expiate all other storytelling sins: misapplied main villain, underwritten side characters, protracted climax, and a cliché-ridden plot.  There are so many lashes to dole out in one sitting. 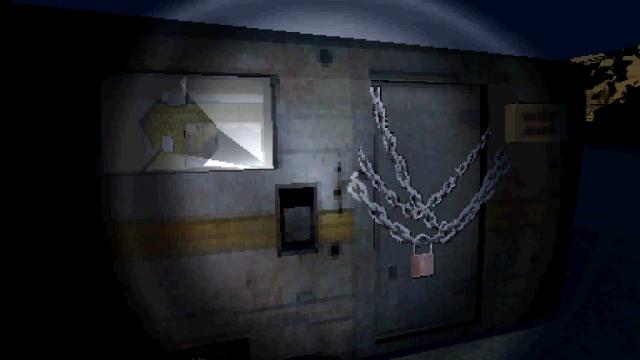 If you’ve played any walking sims, like Gone Home, then you know the template.  Environmental interaction and sleuthing about play a prominent role.  You’ll either have to acquire a key or tool scattered about the ranch which’ll unlock another area.  Progression is subtly reinforced by receiving more story: tape playbacks or new notes.  Oftentimes the solution comes from items in your inventory, with their locations mentioned in scattered notes.  An expected template that feels old-hat by today’s standards.

Being expected wouldn’t undercut Sagebrush’s game design were it not so artificial and the pacing so drawn-out.  It’s easy to point towards the in-game acres to explore compared to Gone Home, but what’s lost in comparison?  Instead of a haunted house naturally opening itself up to disparate stories of a family, this cult compound often scatters the next important item across different ends of the map.  Disregarding objective markers for an exploratory emphasis can work, but not when object & map layout feel so desultory.  Case in point: I found only ONE optional note to figure out the most important combination lock.  For a game whose runtime lasted one-and-a-half hours (completionist playthrough) it felt twice as long.

This doesn’t even touch on the sub-par user experience and underwhelming mechanics.  The inventory interface is one of the most visually unappealing I’ve seen in an indie game.  It’s an odd amalgamation where one-quarter of the screen still has you playing in real-time while backpacked items invade the rest.  To its credit, having a no-nonsense map earns a compliment.  Even Firewatch couldn’t help but have an in-game map locator by default—which could be changed in the options menu.  While the map seems welcoming to investigation, controls feel crude and antagonistic.  It's one of the roughest console ports I've dealt with in recent memory.  Controller movements are too finicky when trying to interact with small objects, especially light switches.  Even a missing option to invert Y-axis suggests a premature console release.

For a game so limited in scope, these issues compound over time.  Walking sims can get a bad rap for lacking a direct threat posed to the player; although mechanically true, there have been examples which creatively balance less-demanding gameplay with narrative urgency.  Sagebrush is more of the unengaging type.  In virtually every regard, it botches the execution of its open-ended design, detective work, and overall game feel. 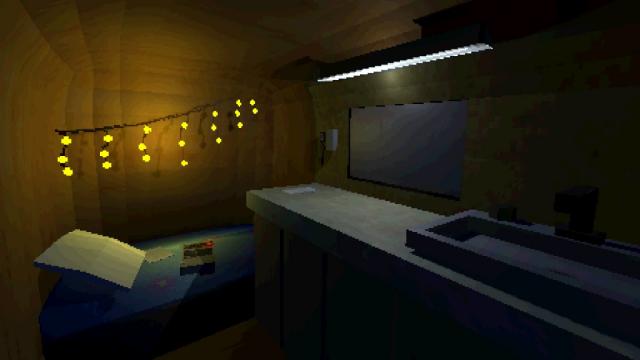 One of the most fascinating aspects is the low-fi, PS1-inspired visual design.  Aside from the lighting system, it wouldn’t be surprising to see this running on 5th-generation consoles.  As someone who’s been through two console eras of 8-bit & 16-bit nostalgia, I enjoy seeing more developers reminisce about the time I grew up with games.  It’s an aesthetic decision that works… mostly.  Darker areas were the least enjoyable to investigate until cranking up the default brightness.  Even with a flashlight, fumbling for switches or wandering the open field during the night sections was a bit more frustrating to navigate.  Overall, it’s a basic-but-inspired recreation of PS1-era survival-horror with a more intimate first-person perspective.

For a game going with basic visuals, one would think that’d lead to more time detailing the world itself.  Aside from a singular choice with lighting and layout, most interactive objects are limited to the necessities or flavor text (a la Resident Evil descriptions).  Contrast that to Gone Home or Firewatch: miscellaneous items strewn about the world to hold and examine.  It may seem minor but I’ve always thought those went a long way in selling the game’s world.  Lacking this visually communicates to players that each area is just an obstacle to find the next item, not its own story. 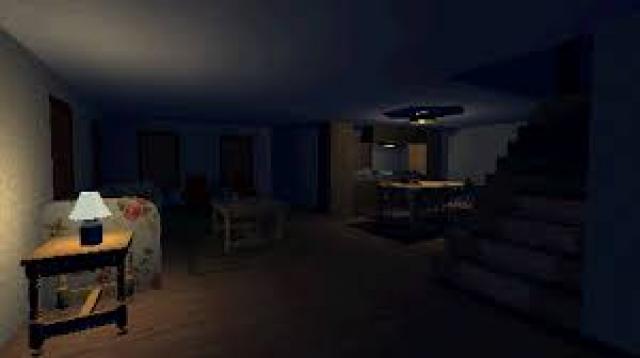 Sound design doesn’t even net that mixed level of admiration.  Admittedly, the woman playing on discovered tapes held my attention.  Sarah Berens performed well in capturing what’d be considered a ‘lost sheep,’ sounding both aloof and wounded as to how she stumbled into such tragic circumstances.  These moments of narrative energy come and go too quickly.  What inhabits most of your time are generic environment sounds and/or a characterless soundtrack to presumedly provide atmosphere.  Aside from the aural surprises of old technology, from record players repeating choir hymns to VHS recordings, little stood out while trudging through this ranch.

One seemingly insignificant annoyance that did get to me was how slamming doors repeated the same sound, regardless of player distance.  I could search through the barn or the mess hall, run out the main doors, be halfway to another location, and still hear the same SLAM! again and again through my headphones.  Add that to times I’ve actively closed doors and still get that aural queue seconds later suggests there are bugs to be ironed out. 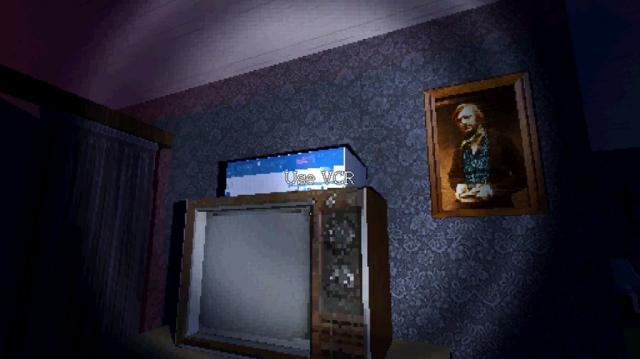 Sagebrush seems spiritually fulfilled to use a fascinating premise for generic byways that do little in demonstrating the dynamics of faith and communal attachment.  There are moments of it presenting meaningful questions about this subject matter, but they’re sparse and overwhelmed by tawdry writing.  Whether it’s the technical flaws, an unoptimized control scheme, woeful design of the walking sim template, or the dull story mishandling great potential, there’s no reason to drink the Kool-Aid.  Consider me a heretic, Father James.