“I go to seek a Great Perhaps” were the last words the great French Renaissance writer Francois Rabelais, uttered before passing away in 1553. Since then this “Great Perhaps” has had a variety of different interpretations across different mediums. Some suggest it deals with the afterlife while others posit the idea that it represents being open to different possibilities. Whatever the case, rarely has this concept been explored in video games. Caligari Games attempts to provide its own interpretation through The Great Perhaps - a time travelling science-fiction puzzler that flirts with interesting ideas and mechanics, but doesn’t meet its full potential.

In The Great Perhaps, you play as Kosmos, a Soviet cosmonaut who witnesses an apocalyptic disaster on Earth from the relative safety of space. To save resources, you are ordered to go into cryostasis from your superior and awaken 100 years later with only an AI companion named L9 left to accompany you. Kosmos decides to go to Earth to figure out what happened and quickly realizes he is the only living person left. The story isn’t very clear on what actually did happen though. Instead, Caligari Games opts to keep story elements to a minimum, tasking players with interpreting how the world ends - to create their own “Great Perhaps”, if you will. Although it is an interesting premise, the story frustratingly only leads to more questions than answers. For some reason plants and animals are alive and well, although inexplicably mutated, but humanity is nowhere to be found. 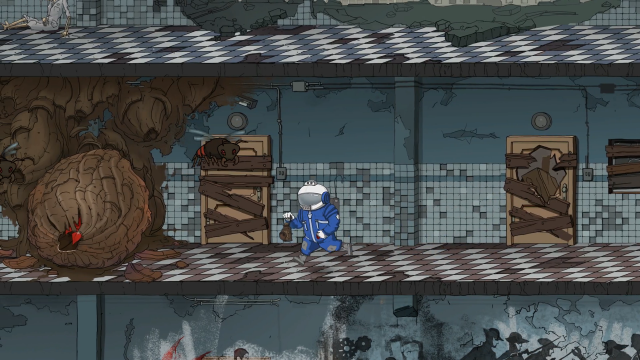 The story begins to ramp up early on when Kosmos comes across a mysterious lantern that allows him to jump back and forth between the apocalyptic present, where cities are desolate and abandoned, and the idyllic past, where streets are full of people living their daily lives. Where the lantern comes from and how it gives Kosmos the ability to jump through time is never really detailed. Upon realizing the lantern's powers, Kosmos attempts to prevent the apocalypse from happening and reunite with his family.

The general gameplay is that of a 2D sidescroller and revolves around the lantern, which results in some pretty unique puzzles. The lantern allows you to peek through time at glimpses of the past with the press of a button and even travel there temporarily by holding down the button. Generally, you will lead Kosmos through various levels that require you to jump back and forth in time in order to solve puzzles to proceed.

One such puzzle has you save a depressed writer in the past from suicide by delivering a book he has published in the present as proof that he becomes a successful writer. Another has you thwarting a bank robbery in the past by throwing a fruit from the present that has sedative properties at the would-be robbers. Although most of the puzzles are unique, they are straightforward and don’t provide much of a challenge. That’s unfortunate because it really is a neat gameplay mechanic that is underutilized. 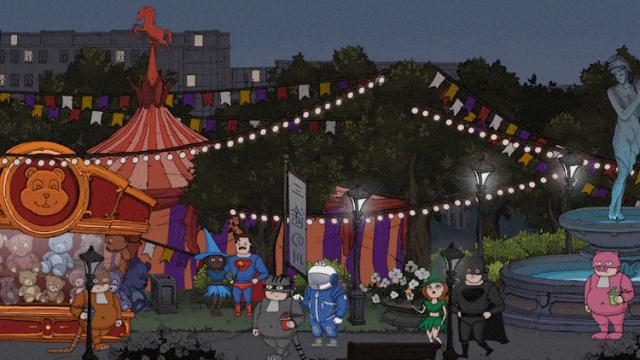 There are sections of the game that break up some of the puzzles. A notable segment has you collecting items to repair a robotic mech suit while dodging falling debris. Certain levels also have you being chased by a mysterious giant shadowy figure that wants to get its hands on the lantern as well. These types of sections do well to break up the monotonous nature of the puzzles, but more variety would have been appreciated.

The Great Perhaps is also a very short game. You can beat it in under three hours and there is very little incentive to replay it after that. There are fourteen levels in total, each generally involving a puzzle. You can replay any of these levels after you complete them but most of them aren’t worth it. It would have been far better for Caligari Games to flesh out the story a bit and increase the length of the game at the same time with more inventive puzzles.

While the time you do spend with the game is short, the presentation makes that time more enjoyable. Indeed, I felt this was The Great Perhaps’ strongest aspect. The hand drawn graphics are Soviet inspired and reminded me a bit of Ubisoft’s Valiant Hearts: The Great War. I really appreciated how the post-apocalypse with its dismal and grim visuals juxtaposed with the past and its colourful and vivid graphics. A poignant example of this is a carnival level where the present showed the tragic ruins of a lost city while the echoes of the past conveyed the careless joy of the patrons.

Sound design is minimalistic but effective, reinforcing the cartoonish art style. The soundtrack is pretty repetitive, but a nice touch is how the tunes change based on which timeline you're in, further enhancing the parallels of an empty post-apocalypse with the cheery bygone era of days past. 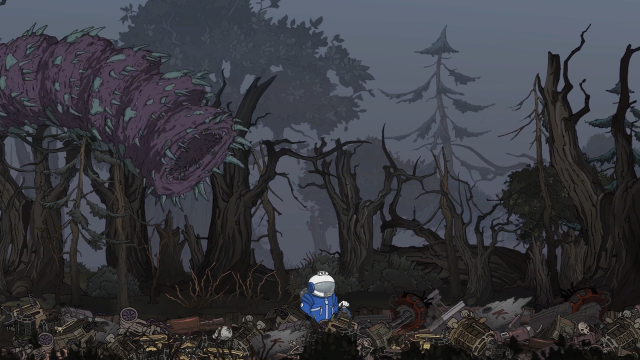 Caligari Games’ The Great Perhaps is a worthwhile albeit short experience if you enjoy a puzzler with unique mechanics and generally strong presentation. What’s there shows a ton of promise, especially for a first outing. A lengthy and more complete story, along with more levels that further expand the interesting puzzle mechanics, would go a long way in improving the experience. As is, The Great Perhaps isn’t likely to be a “Great Perhaps” any gamer is specifically searching for.

This review is based on a digital copy of The Great Perhaps for the PC, provided by the publisher.