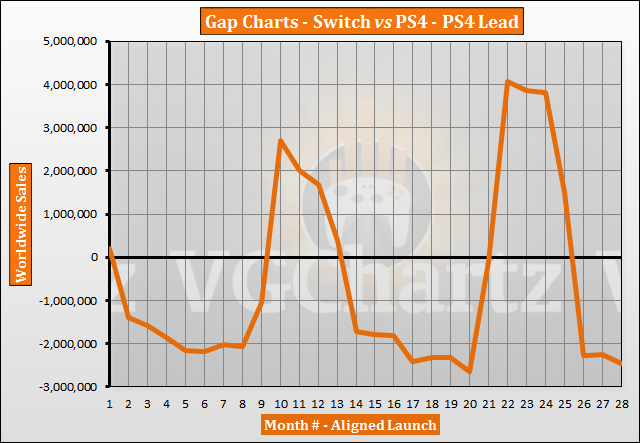 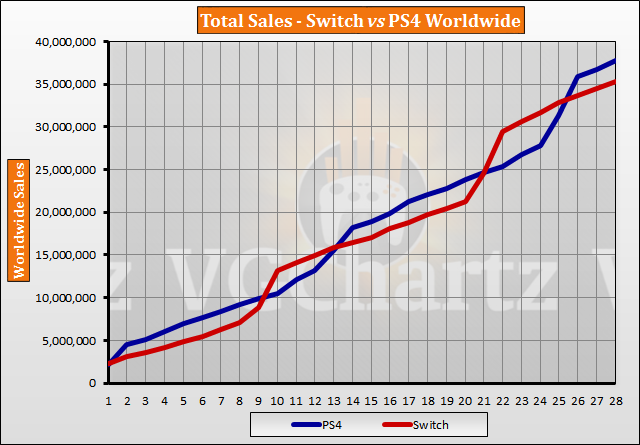 The two curves are criss-crossing, but if you look carefully the Switch is slowly gaining ground on the PS4 over time. Here is the real test if I am right or not. Previously Switch passed PS4 on months 10 and 22 (12 months apart). If Switch can pass PS4 before month 34 this year, then Switch is significantly gaining ground. If Switch passes PS4 at month 34, then it is keeping pace, and if it passes after month 34 then it is falling behind. I do think Switch will pass PS4 before month 34 this year though.

Switch will absolutely begin to significantly outpace the PS4. It'll be after it's peak in 2020 that the battle will be on again and PS4's legs begin to regain the ground, and in the long run eventually take the lead again. Even if it takes till 2023 to do it.

What makes you think PS4's legs will be stronger?

I really dig the DNA graph aesthetic going on !