Xbox Mini Fridge is 45% Off at Walmart for Cyber Monday

View the latest trailer below:

Arcade hit Raiden first left its mark on the shooting genre 25 years ago. The easy to learn, hard to master series comes to the PlayStation 4 and PC in its most modern and advanced form yet! Join the war for Earth’s future-where the tide of battle holds constant surprises.

is there an option to play with the switch in vertical position? that would have been great 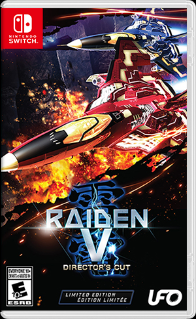