When a young girl named Luzia awakens in the night and decides to get a glass of milk, she stumbles upon her big sister Sombria (affectionately called ‘Sombie’ by her sibling) being bungled into the back of a truck in a kidnapping. Luzia is hastily thrown in with her and when the two awaken it’s in a bizarre town. Thus begins a series of increasingly crazy supernatural events centred around the sisters. 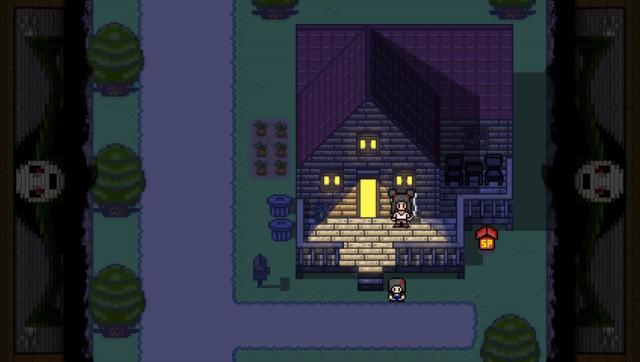 Even saying that much feels like I’m spoiling a lot of the plot in My Big Sister. Due to this being a relatively short narrative adventure, it’s difficult to say much without ruining some of the twists and turns along the way. It’s sufficient to say that the two begin a journey to find their way back home - a journey where nothing is what it seems and the supporting cast of fantastical characters offer conflicting information which can’t all be trusted, so it’s up to you to deduce what’s really happening and head down the path towards the correct ending (or not!).

The focus here is squarely on the sisters and that works very much to the game’s benefit. Despite it taking a little over two hours for me to finish My Big Sister the first time around, I felt attached to Luzia and Sombria and felt empathy for their situation. There are little annoyances, like Luzia’s tenancy to act nothing like any 12 year old I’ve ever met (although this does get some minor plot explanation, her quick-witted sarcasm is well beyond her years), but otherwise it’s charming and surprisingly believable to watch the two interact and share playful banter despite the often disturbing situations they find themselves in. 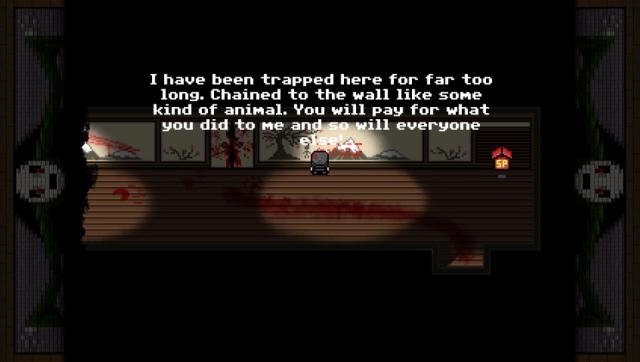 I knew very little about My Big Sister heading into it but I was somewhat aware it was classified as a horror title. This has never been a favourite genre of mine, so I was pleased to find that the tone was a lot more light-hearted and often comedic than I was expecting. Don’t get me wrong, the game has some dark scenes, including plenty of people being slaughtered by demonic spirits (and a moment that seems to hint at child abuse), but Luzia’s upbeat and jokey attitude often diffuses these situations and in the process made it a lot more palatable for me.

In terms of gameplay it's basically an adventure visual novel in a very similar vein to Corpse Party. You’ll move Luzia around the small environments, looking for objects to interact with, and you can collect certain items like bobby pins and metal pipes and use them to solve minor puzzles like picking locks and jimmying open doors. Nothing here is particularly taxing, which makes the game flow well, but there is a nice sense of achievement from figuring out what to do 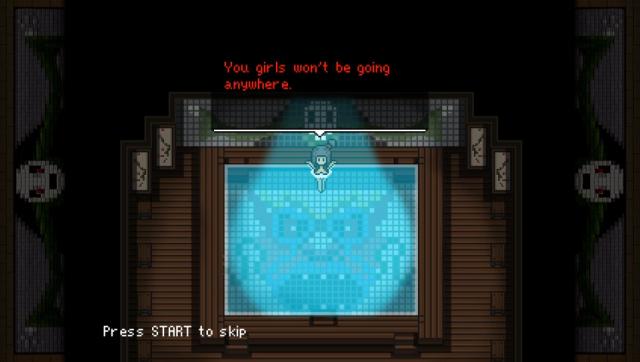 Graphically, the title goes for a very traditional and now somewhat generic simple pixel look, although it works here thanks to the effort put into every environment. Whether it be the spooky corridors of a haunted bathhouse (mixed in with the striking aqua-blue pool), or the bustling neon energy of an Asian food market, there are a variety of locations represented here and, despite their simplicity, they remained memorable and impressive throughout, ensuring I took quite a few screenshots!

Sadly, I can’t say the same about other elements. There are a handful of scenes where stills of scary moments are shown, but these just look low-res and unimpressive (although a handful of fourth wall-breaking moment including one where a character appears creepily on the screen and talks to the player are very impressive). Music isn’t used particularly well – it’s there, but doesn’t do things like crescendo during tense moments like you'd expect from the genre and is mostly just forgettable background noise. 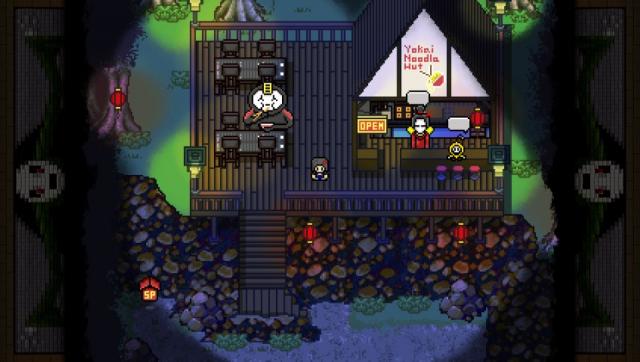 Still, I can’t really be overly critical – My Big Sister is a game that I enjoyed a lot more than I expected to. It feels well priced, offering a solid adventure without overstaying its welcome, and its narrative choices work well enough to weave an interesting tale that kept me engaged. It’s definitely worth a punt if you want an enjoyable afternoon unravelling the sisters’ mystery.