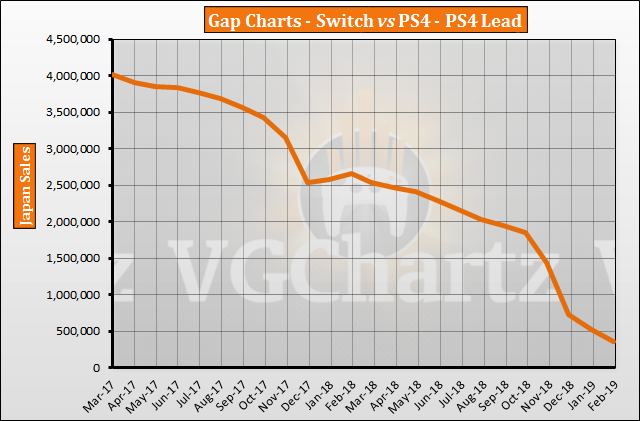 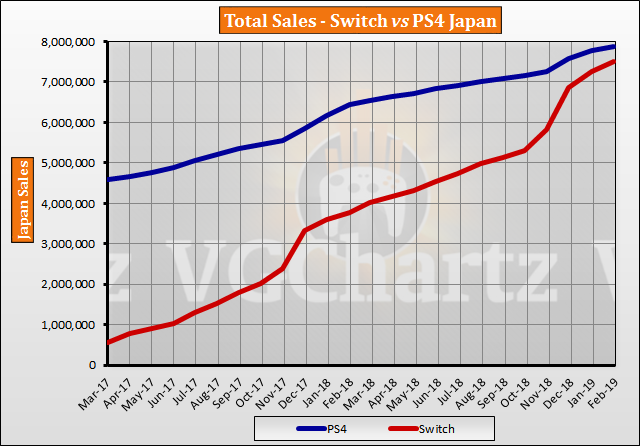 February 2019 is the 24th month that the Nintendo Switch has been available for in Japan. During the latest month the gap grew in favor of the Switch in Japan when compared to the PlayStation 4 by 164,491 and by 2.30 million units in the last 12 months. The PlayStation 4 is currently ahead the Switch by 357,870 units.

Good. Just when medias will announce that Switch won the PS4 in 26 months in Japan, the share will have a boost.

What are we looking at...Mid May to early June?

Sooner, the latest Famitsu charts ending April 7 have the gap at 105k about 4 weeks from now it should be ahead.

3-4 weeks, depending on how well both consoles are selling during the next weeks