It’s always nice to see a developer find its true calling. Arcade Distillery games tend to be distinguished by their striking art-styles but aren’t often as solid under the hood – I found the developer's previous offerings, Mecho Tales and Plague Road, to be spectacular duds when I played them on Vita last year, both offering more style than substance. I’m pleased to report that War Theatre delivers a much more enjoyable gameplay experience that also seems to suit Luc Bernard’s character designs far better than anything he’s worked on before. It’s not perfect, but it is a massive step in the right direction. 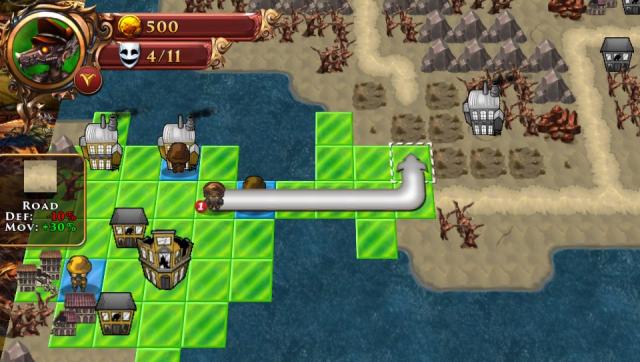 At its core, War Theatre is a turn-based tactical strategy game seemingly heavily influenced by Nintendo’s Advance Wars. You’ll move a squad of units around a map shown from an overhead perspective, capturing buildings and attacking enemies as you go. The main goal is to either kill the enemy's hero unit or capture their HQ, after which you’ll unlock the next map. Everything is by-the-book for the genre, even down to the side-by-side 2D views of the battles; you’ll find no innovation here, but that’s not a bad thing.

Buildings come in two types – factories are used to build new units (and up your unit cap), while cities provide gold each turn, which is your currency for purchasing things. The maps are littered with other types of terrain that can provide tactical advantages and disadvantages. For example, you can move further on roads but your defence goes down, while forests help increase your defence at the expense of attack power. Positioning is key and can make the difference between the unit surviving an attack or not. 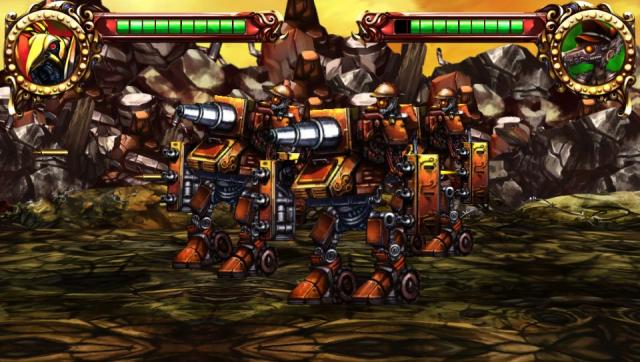 In terms of your army, you can choose to spend gold on a range of units, including various infantry, ground vehicles, and air support. There’s a rock-paper-scissors power balance going on where infantry overpowers aircraft, air forces are effective against ground support, and ground vehicles in turn can take out infantry. Certain maps also introduce naval combat and these bring their own pros and cons, meaning you’ll always have to balance out having a full team with picking the most effective units.

You’ll also have a hero that is much more powerful than the rest of your army and has access to special skills. For example, Sister Robyn is a strong healer but can’t attack, while the Rat Mother can leave clouds of poison to block off choke points. Sadly, this is the only real variety you’ll get in terms of squads – the individual units don’t change depending on who your leader is, which is a shame, although at least it ensures the battles are balanced at the expense of making them feel very samey after a few hours. 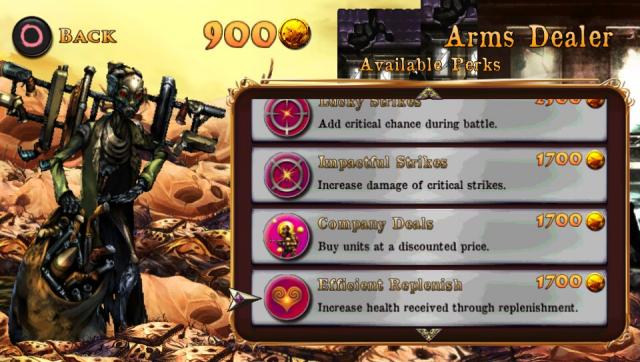 Also in the mix are quests and perks. The former are simply missions to complete while playing, such as building x number of heavy units. These reward you with currency which can then be used to purchase advantages to take into battle, such as reducing unit costs or increasing attack power. They’re an interesting proposition as they do provide incentive to keep pushing forward, but also feel mandatory, and early on missions can be challenging purely because you haven’t really built up a bank of perks to use yet (especially if you quickly progress to the final mission for each character). This can easily put one off in the first few hours.

My biggest issue with War Theatre is that it doesn’t really explain any of this; at least as far as I could see there's no tutorial to explain perks, quests, or even basic combat. It’s easy enough to pick up the basics with a little trial and error but I was still struggling to figure out some things even after multiple hours playing. Hero characters have a second number by them which I eventually figured out denoted their power for using specials, but this wasn’t obvious and it wouldn’t have taken much work on the developer's part to have included a little text to explain this early on. 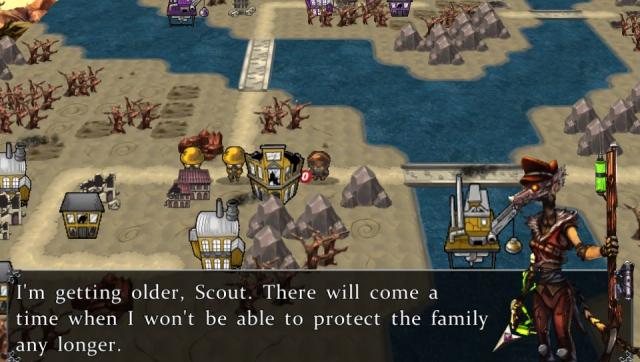 The story is also a little scattered. It takes place in the land of Kasalli, and you’ll play through multiple campaigns following the different hero units as they chase their various goals (Rat Mother is just trying to survive with her brood, while Sister Robyn is trying to purify the land, and so on). The problem is that there’s no real explanation beyond this. I understand it’s part of an expanded universe that includes the developer’s other games, and that kind of shows in a bad way, as it works to create a very piecemeal narrative in War Theatre.

Still, the atmosphere is excellent, really conveying a dark, grim, post-apocalyptic world filled with mutated creatures and gigantic metallic monstrosities all fighting for survival. It helps that the soundtrack is stellar too (some really beautiful violin tracks mixed with electronic sounds that help set the tense mood) and the exaggerated character designs fit in perfectly. The environments aren’t too busy either, which makes for a big improvement over the messy and difficult-to-read screens of something like Plague Road. 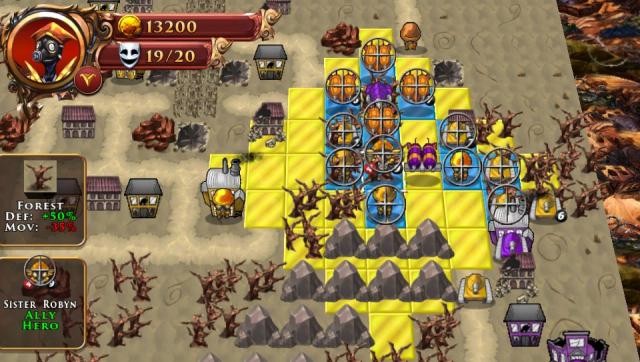 Once you’re done with the campaigns, which should take you a good few hours, there’s a skirmish mode to mess around with. This is a fantastic addition that I always appreciate in strategy titles. Finally there's a multiplayer mode for those who want to play with friends. All told it’s a good package.

There are plenty of rough edges that prevent War Theatre from being a true classic of the genre, but I had a lot of fun playing it and it’s definitely a significant step up for developer Arcade Distillery.

This review is based on a digital copy of War Theatre for the PSV, provided by the publisher.

If I didn't go through Vita armageddon, this would be a must buy. As it is, I can only scream at the sky. 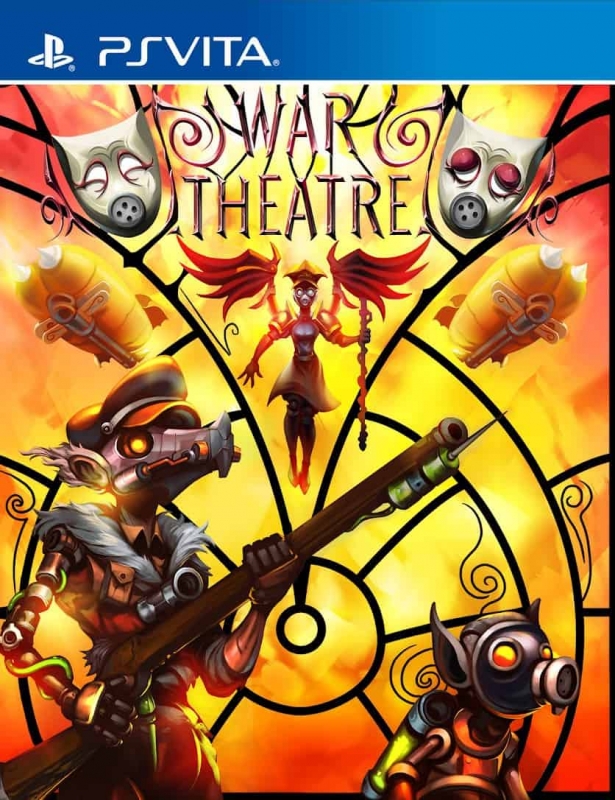