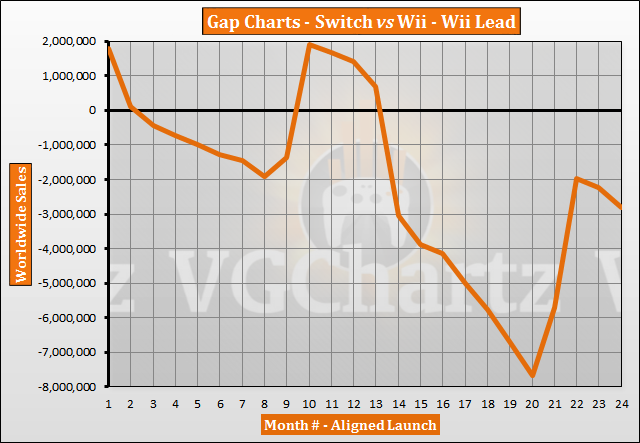 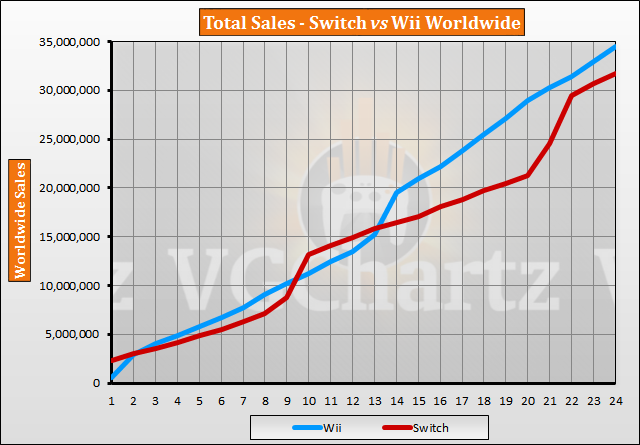 With the Wii’s 2008 holiday season coming up, its lead will grow astronomically. Afterwards, I expect it to keep growing but at a slower, smaller rate than last year due to the Switch being consistently up YoY this year and the Wii’s 2009 being consistently down from 2008 outside of the holiday season.
Then once the Wii hits 2010 and Switch hits 2020, I think we’ll start seeing the Switch start to close the gap

I agree with this. In fact I think Switch will pass the Wii during the 2020 holidays, but it's not going to catch up this year.

Interesting. If the switch can keep its momentum we may begin to see it slowly make inroads into Wii's lead.

I think he meant AFTER the coming holidays season.

Well i meant in the long term really, at least 18-24 months from now.