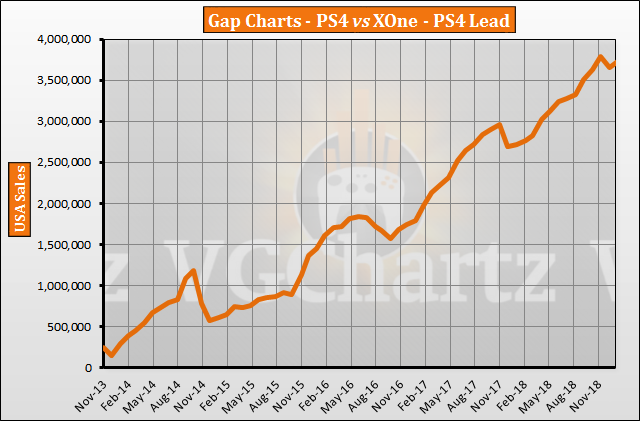 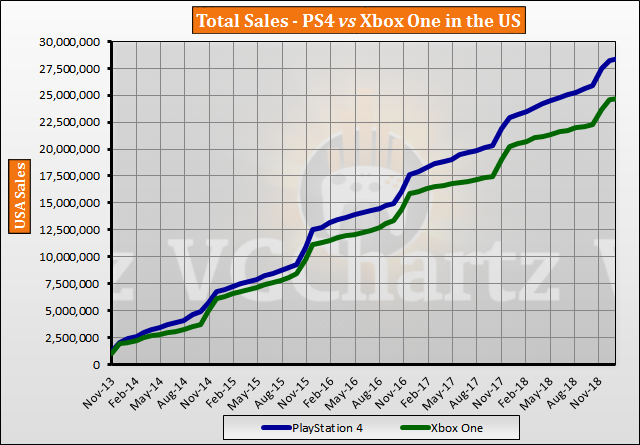 24 mil Xbox US, damn, the rest of the world really do not care.

Yeah MS is more of a regional power when it comes to consoles. Outside of the USA, everybody knows that Xbox is the worst console.

Now that’s interesting. More than a quarter of PS4’s lead was made in the last year alone. I guess XB1 really is starting to fall off much faster than PS4 is

PS4 vs XBO reminds me so much of PS1 vs N64. Competitive in the US for a few years but PS1 legs remained strong as N64 began to decline. Also absolute domination outside of the US.

Strange time that, N64 was my favourite Nintendo console.

That would be a good comparison, Xbox One vs PS3 in the US