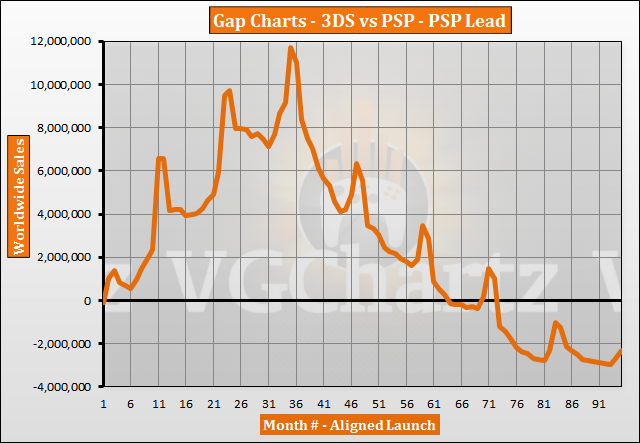 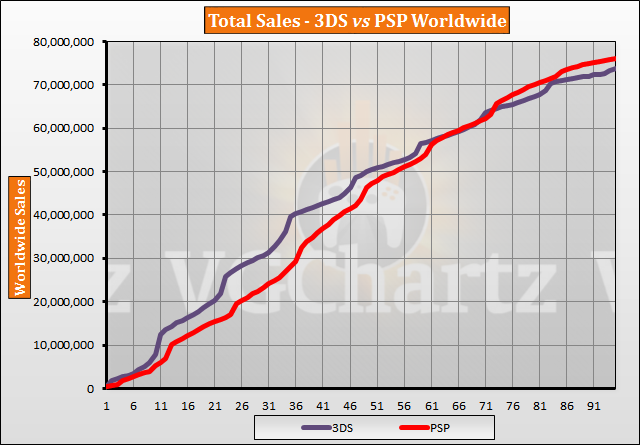 In the latest month the gap shrunk by 396,304 units in favor of the 3DS when compared to the PSP. In the last 12 months the PSP has increased its lead by 1.26 million units. The PSP currently leads by 2.30 million units.

Soo, in the end the PSP got in front... a little. As we now know, the PSP only sells 4.5 million more at this point. The 3DS probably has 3 million more in it before it is over. So the lead of the PSP will end up being around 4 million (or a little less). But yeah, this one is a nice fight. The curves against each other might have a similar shape as the PS4 and Switch end up. Or not, we will see.