he VGChartz Gap charts are updated monthly and each article focuses on a different gap chart. The charts include comparisons between the 7th generation and 8th generation platforms, as well as comparisons within the 8th generation. All sales are worldwide, unless otherwise stated. 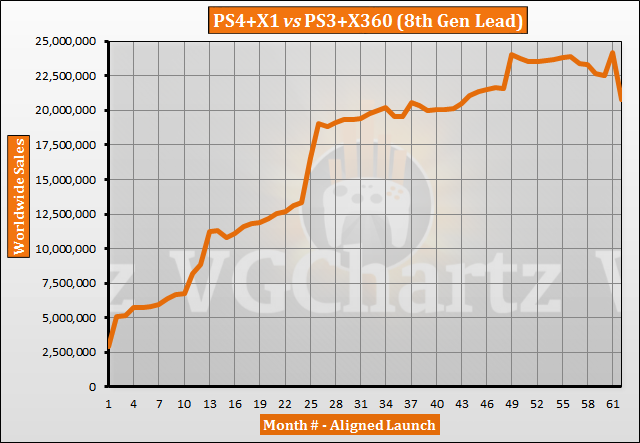 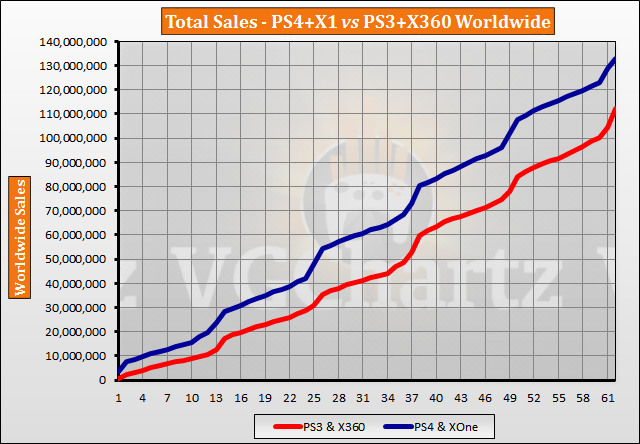 Most of the gap should get eaten up in the next 2 years. After that, it's mainly a question of legs

There is no way the 8th gen stays in lead. Yes, PS4 is performing stronger than PS3 and has already outsold it - but XB1 is so much weaker than the 360.

Consoles are dead, you say? Well look at this!