The Aquatic Adventure of the Last Human (NS) - Review

Set in Earth's far future, Aquatic Adventure follows a sub-aquatic spaceship that has returned to the planet thousands of years after it entered a wormhole. The ship, Argo9, and its lone human inhabitant find Earth submerged in water and covered in a new ice age. What Argo9 discovers are the ruined mines, cities, and outposts of humanity's underwater future, patrolled by a collection of 11 colossal bosses—some grotesque, some magnificent. 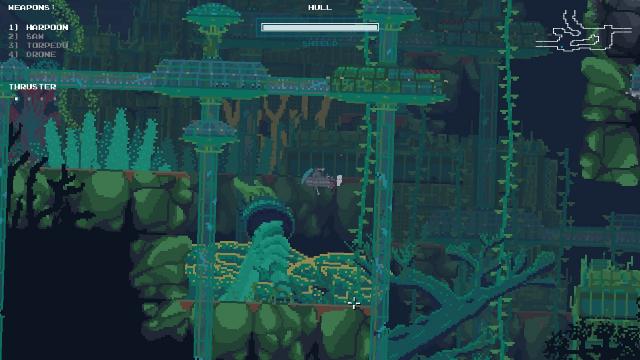 The two-man team that makes up Swedish studio YCJY has created in Aquatic Adventure a memorable science-fiction story about the sometimes conflicting priorities of human survival and planetary salvation that is provocative but not preachy. With zero NPCs and no narration—minus a narrative dump at the adventure's very end—the game relies on environmental storytelling, left-behind text logs, a bestiary, and the player's own imagination to convey the past, present, and future, to great effect. There are shades of Planet of the Apes here, represented physically by the waterlogged, broken torch of the Statue of Liberty among the game's ruins.

This works remarkably well, thanks to responsive submarine controls and many hidden secrets. Off the beaten path, hidden in caves and beyond landslides, are crates that house power-ups which increase harpoon charge speed, hull strength, and hull health recharge rate. The only negative: the game's 2D map includes a disappointing lack of features. Although YCJY routinely displays boss rooms and teleport stations, it doesn't bother showing other important items like barrier (green lines for vines and gray bars for rock walls would help players identify back-tracking opportunities) and crates. Only at the very end of the game do players earn a power-up that shows crate locations with a tiny dot.

Punctuating long bouts of exploration are boss battles, the highlight of Aquatic Adventure. There are eleven in total—an ocean's eleven, if you will—each with a unique form and gimmick. A clash with a mammoth octopus that dwarfs the Argo9 is perhaps the most memorable, but others are equally challenging. There's a dimly-lit open-water tag-team battle between the steely submarine on one side and a swarm of hungry normal-sized sharks and a Megalodon-sized version on the other; an escape sequence involving a giant, scythe-limbed crustacean; and a fast-paced, close-quarters skirmish against a parasitic life form that divides into several smaller units; among others. While most of these boss battles are tough-but-fair, the penultimate contest strays a little too far into punishing territory; you may spend as much time with this adversary as the other 10 combined. 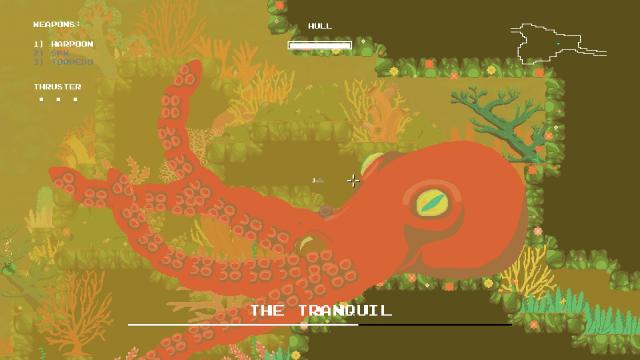 Boss battles, and the game at large, come to life thanks to stunning underwater art direction—YCJY accomplishes a unique sense of place despite its pixel art limitations—and ambient, atmospheric electronic music by Karl Foldin. It's easy to lose yourself in the dreamlike underwater grottoes and nightmarish abysses of Aquatic Adventure. That said, there are some technical issues that spoil the fun to some degree: some almost-imperceptible flickering in the brighter undersea locales and frame rate slowdown during the effects-heavy final boss battle.

When you've completed the exploits of the last human—it should take between six and eight hours depending on the ease at which you dispatch all bosses—you can revisit the game in New Game+ or Boss Rush mode, or Hardcore mode, where health recovery is disabled completely.

This review is based on a digital copy of The Aquatic Adventure of the Last Human for the NS, provided by the publisher. 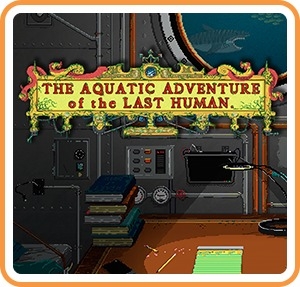 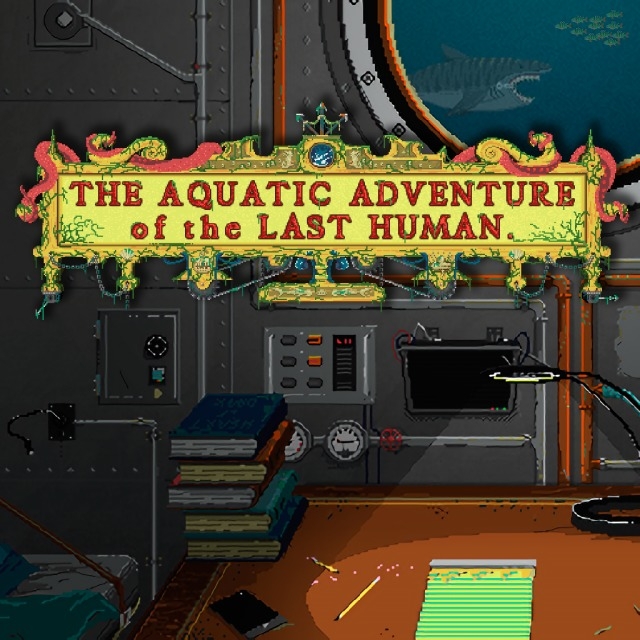 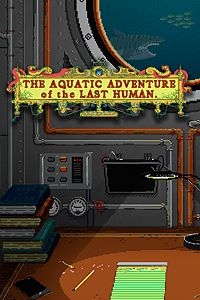