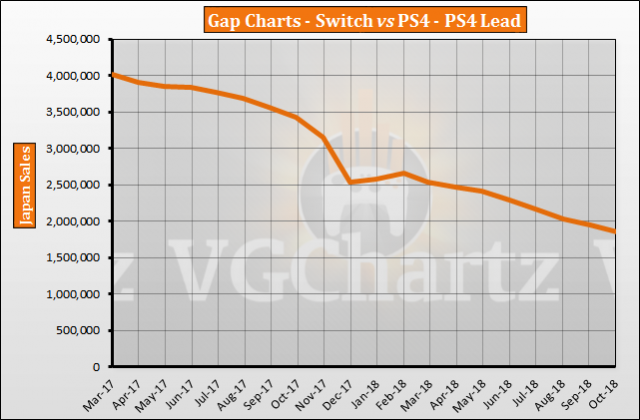 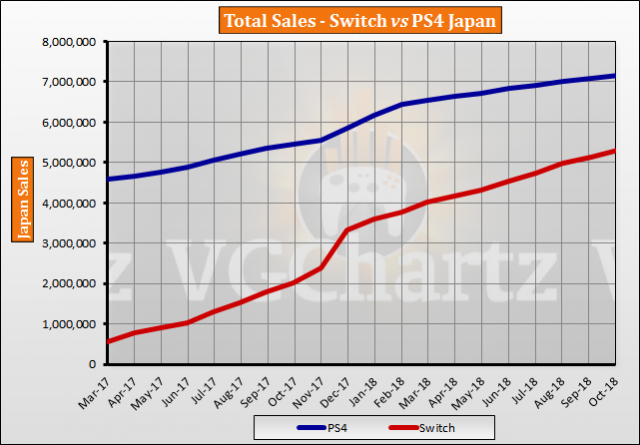 According to Media Create, the Switch has already sold more than 6 million units so it should take the lead very soon.

Japan is a very different market all together. I probably don't play more than 2% from what comes out from over there. A game can launch world wide that has major success in both n. America and Europe but does very little in Japan. Its a very handheld market and the switch is really the only device on offer. Switch will surpass ps4 definitely next year.

You should create shame in the face of doing something closer to the real, Switch coming in at 7 MILLION.

After the holidays these two curves are going to be extremely close.

Well, it looks like an easy match. I'm surprised how small the MonHun peak is in the gap chart. It was massive in the weekly charts. Anyways, if Sony has nothing next year to drive sales like MonHun or better, than clearly Switch will overtake PS4-sales next year.

Switch is catching up fast. :)

This fall Switch will smash ps4 in japan.