Around this time of year, there’s always a spike in the number of horror videogames released, as developers attempt to cash-in on the upcoming holiday. With a name like Halloween Forever you’d be forgiven for thinking this was yet another spook-fest (or perhaps even a tie-in to the recently-released Jamie Lee Curtis film), rather than a cutesy and unforgiving 2D platforming starring a living pumpkin who spits candy corn. 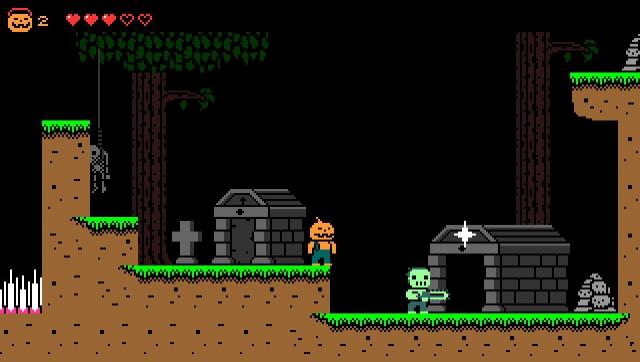 Of course, that’s exactly what Halloween Forever is – a game that wears its aesthetic with pride while layering it over a familiar yet still enjoyable NES-era platforming base. The pumpkin you play as has been brought to life to fight evil spirits for reasons that matter little when you’re playing, as plot is far from the focus of the experience. Instead you’ll run through haunted castles, jump over dozens of spike pits, and avoid the patterns of numerous bosses to make it to the end of a level and onto the next in familiar fashion.

The control and general feel of the game is good – jumping is responsive and not too weighted down by physics like momentum jumps, meaning if you screw up landing on a platform it’ll generally be your fault (which is always how it should be). With that said, there were a few instances where I fell through gaps onto spike pits which I couldn’t see or move the camera to look at, which didn’t feel particularly fair. It encourages learning a level then coming back to it later, but promotes cheap deaths, which is never a good thing. 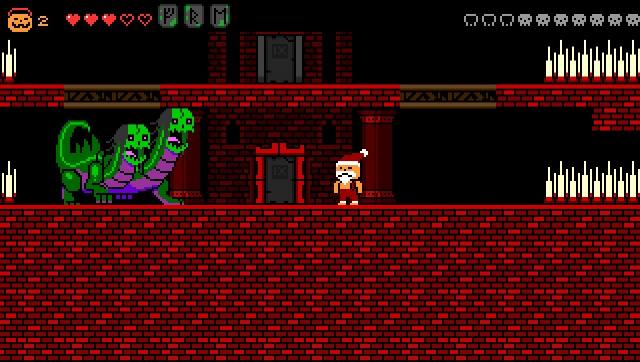 Enemies come in a variety of Halloween-themed shapes and sizes, from skeletons to spiders to chainsaw-wielding maniacs, and each has different movement and attack patterns (the latter will run around like idiots to try and get you, for example). Your only defence is an attack which spits candy corn at an angle towards them. It takes a little aiming to get this right and that makes it slightly more complex than simply mashing an attack button.

Each level ends with a boss fight, which is always a case of pattern recognition. Things like a demon who spits balls of fire that you need to avoid, or a dismembered skull head that floats around the room in a circle and pops its exploding eyes out will be your foes and they'll take a couple of goes to figure out, although after that it’s generally smooth sailing unless you get complacent and attempt to rush things. 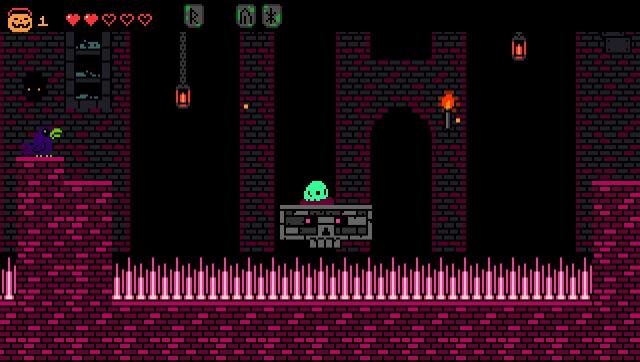 This is where Halloween Forever gets its legs – a very retro-style difficulty level. You have three lives (generally you won’t come across more in the levels) to get you through the whole game. Die and it’s back to the start of the level. Lose all your lives and it’s back to the start of the game. This is the kind of design you’ll either love or hate – it encourages slow, methodical play and improving your skills each time, but can lead to some frustrating deaths (which can be instant in a number of instances, such as landing on one of the spike pits that are both numerous and inconveniently placed).

The levels themselves are filled with traps designed to catch you out (falling platforms, motion-activated spikes and the like), meaning you should always pay close attention when running through, although some things can only be learned by prior experience. Despite being simplistic the visual design is on point here, with everything in-fitting with the theme and splattered with plenty of colour, creating a living world that's a joy to run through. It’s all accompanied by some upbeat and enjoyable chiptune music too, which fits the theme quite well. 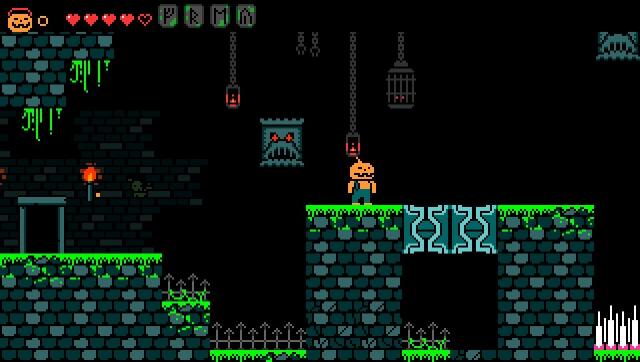 You’ll find hidden passages and multiple routes along your journey and this will help you to discover runes (which show a number of different endings) and unlock new characters, each of whom has different attack and movement abilities that largely make the game easier (the pumpkin character oddly being the most difficult to make progress with). There’s certainly not a metroidvania design here, where you're mapping out different areas and backtracking each time you play, but there’s enough going on to make this more than a simple run ‘n’ jump affair.

You’ll probably have had your fill of Halloween Forever within 3 hours or so, but those hours will have been a good slice of enjoyment from honing your skills and memory of levels, alongside some slight frustrations at the wonkier elements. If you’ve had enough of dying and restarting there’s also a ’99 lives’ mode which removes the ability to unlock trophies but gives you more than enough attempts to make it through to the end – a smart way to let you see the whole game without taking away the incentive to play through normally. 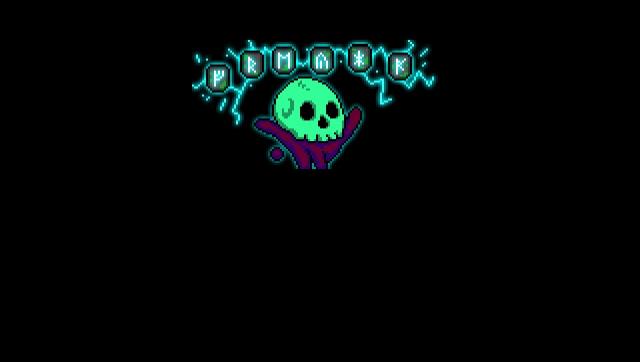 At $4.99 it’s hard to say no to the short but sweet blast of enjoyment that’s on offer here – it’s not mind-blowing or inventive, but is perfectly fun and it definitely has that "just one more go" factor that'll make you want to pick it up to see how far you can get this time around. Plus, it’s always nice to mix up your yearly Halloween playlist a little, right?

This review is based on a digital copy of Halloween Forever for the PSV, provided by the publisher.