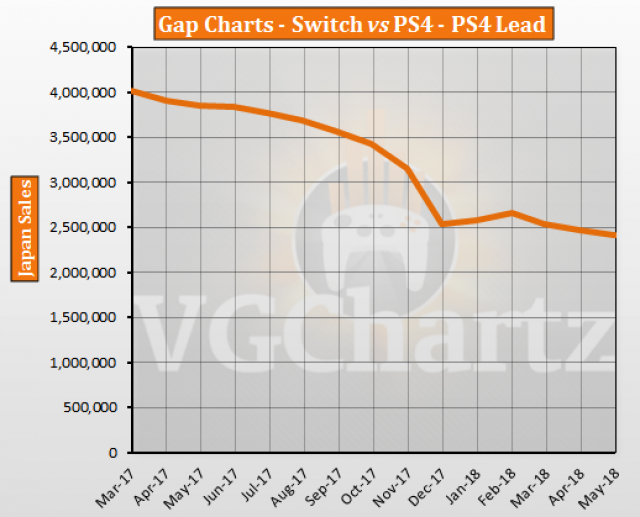 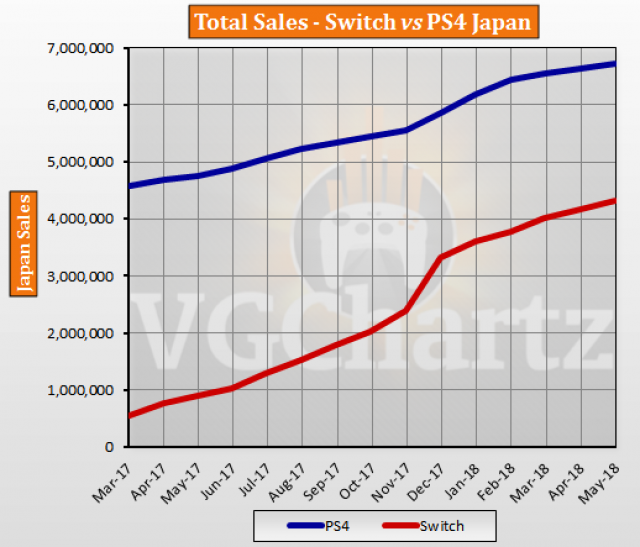 Looks like it's already caught up to where PS4 was a year ago. Shouldn't be too much longer now. This holiday plus a bit more.

Interesting. The gap isn’t closing as fast as I originally thought it was. Might actually be around late-2019 where Switch passes PS4 in JP. Thought it was gonna happen sometime this year.

Monster Hunter World put up a giant Roadblock for the Switch to overtake the PS4 this year. It was hard to achieve anyway, but now chances are extremely slim to achieve that.

However, weekly sales of the PS4 are now lower than during the same period last year, and that get boosted soon with the Dragon Quest 11 release. As a result PS4 sales in 2018 can end up lower than last year on the long run despite the huge MHW boost early this year, and KHIII comes too late to push up the sales again.

In short, unless the start of Pokemon and Smash preorders don't push up weekly Switch sales significantly, it won't do it this year, but probably shortly after PS4's last hurrah against the Switch, KHIII, is released. So late Winter/Spring is my prediction

Some predicted that the gap would close in 2018. I figured that it would not close until next year. This is easy to predict because true gap is the difference in current sales applied to an existing difference in total sales. Therefore, if Sony is up by 2.4 million right now: and next week sales are 20K (PS4) to 40k (Switch) then only 20k is applied to the gap. Even if Switch can maintain an average of 40K MORE sales a week, it will still take over a year for it to pass the PS4. The math is pretty straightforward here. The only real exception would be a several stellar weeks for Smash and/or Pokemon.

If a mainline Pokemon came out this year, I would say the gap would be defeated earlier.