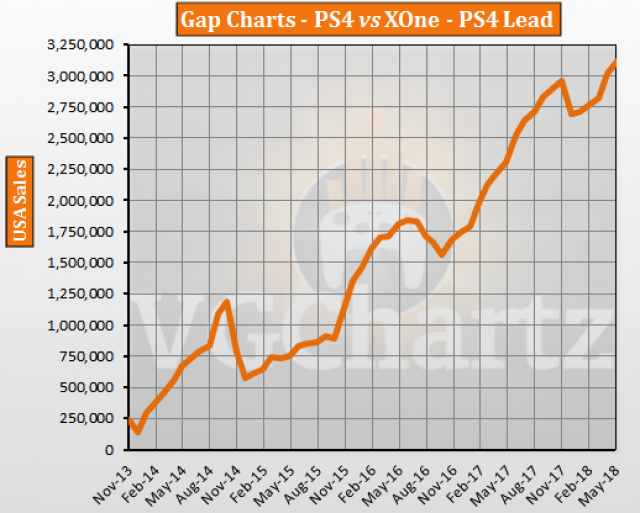 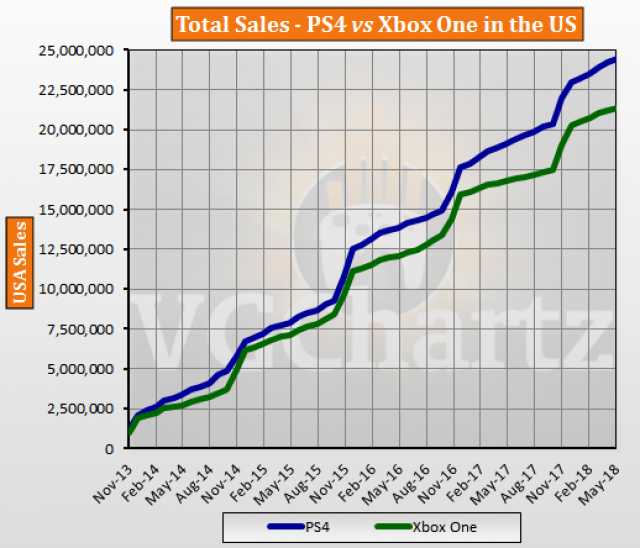 It really speaks to the strength of the Xbox brand in the US that the gap isn't larger here. Over 50% of the XB1's sales have come from this one country. I don't think Microsoft would have stayed in the game if the US hadn't supported it so well.

Did not know the gap was officially over 3 million. Pretty insane, all things considered.