What I experienced over 10 hours spent playing Riddled Corpses EX wasn't what I had expected going in, which was a relaxing zombie-themed twin-stick shooter. The actual game is tough as nails and unforgiving, with heavy bullet hell features and centred around an almighty grind, yet all these elements work in its favour to make it one of the most pleasant surprises so far this year. 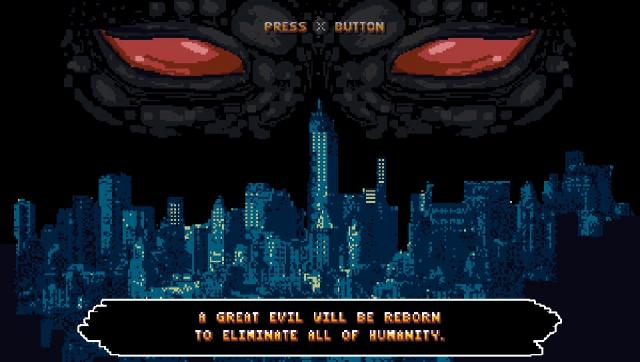 You control a group of survivors in an undead-infested landscape as a result of a scientific experiment gone wrong. Standard stuff, but at least the game attempts to tell a story in-between stages, which is somewhat of an oddity for the genre. As you progress through each area the enemies slowly become more and more mutated and the landscapes too become littered with elements highlighting the world-ending disaster that has taken place, adding a nice sense of mystery to everything.

Once the introductions are over, you select one of the cast and are dumped into the zombie-filled streets with merely a gun in hand and tasked with taking down as many undead foes as possible on your way to the end of the stage. Riddled Corpses EX mixes two genres in its gameplay - 90% of the time it plays like a traditional twin-stick shooter where you'll move with one analogue stick and aim with the other, but there are elements of scrolling bullet hell shooters like Dariusburst in there too, as the screen moves the action and forces you to keep up or get trapped behind obstacles and projectiles. Thankfully, both of these elements work together extremely well. 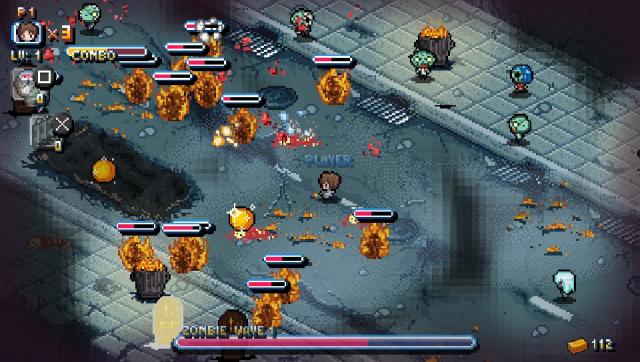 The shooting itself is satisfying - your gunfire is constant and enemies have health bars, so you can see how much damage you're doing. Environments are filled with objects you can destroy to cause explosions (cars, barrels, and so on), and with the amount of enemies the game throws at you at any one time, it can lead to quite a light show of explosions and bullets flying everywhere (amplified by collectable pickups like TNT explosions, or the ability to slow down time, which can really help turn the tide of an encounter).

Like any good bullet hell shooter, you can expect each stage to culminate in a boss battle that will challenge your reflexes like nothing before. These are universally spectacular gigantic foes, throwing a constant stream of projectiles and smaller enemies at you to dispatch. Chances are you'll fail on your first few attempts on these, but with a little grinding and perseverance, you should make your way through unscathed. 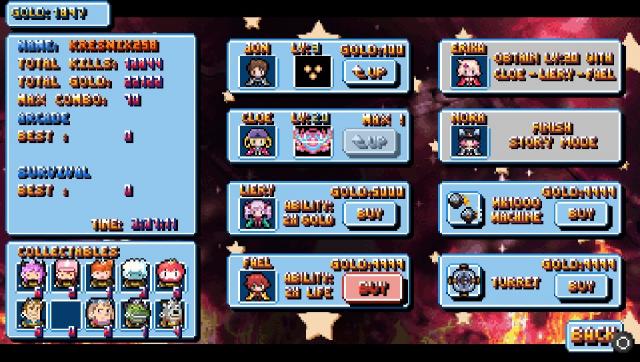 Speaking of grinding, Riddled Corpses EX places a big emphasis on collecting gold from downed enemies to upgrade your characters and buy new weaponry. At first this can be a bit off-putting as the trickle of gold you'll receive is low, but as you slowly get stronger and reach later stages you'll begin to see much bigger returns as foes drop bigger stashes. The focus on gold collection does cause one character (Cloe) with the power of magnetism to be pretty much the only viable choice early on, which is a shame as it takes away from the variety of tailoring your playstyle to the abilities of each survivor.

But you'll need to focus on collecting gold to level up as the game is difficult - really difficult, in fact. Despite there only being six stages here you'll be lucky to see them all within the first 10 hours. You can expect to replay things over and over, making incremental progress each time. This does begin to get slightly tiring, but just as my interest was beginning to wane I'd make a breakthrough and be able to continue on, which kept my motivation levels high. The game does a good job of having each stage teach you something new about how to play too, giving a nice feeling of progression. 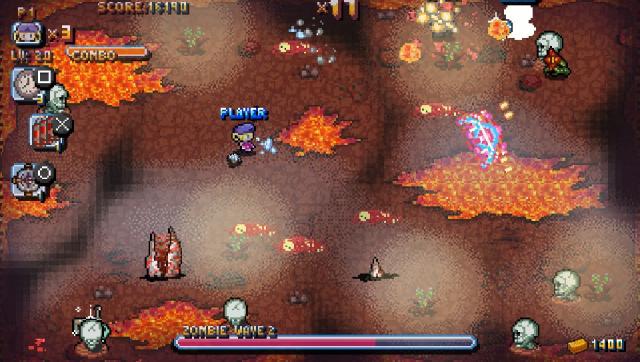 The stages are surprisingly fun in their design too. I was bemused to see an occultic boss at the end of the first stage, while the third (being a Final Fantasy VII-esque 'escape the city on a motorbike' sequence) was a joy to play through. The pixel graphics suit everything too - environments are crisp and while character and enemy models aren't the most detailed, they're easy to recognise underneath the hail of bullets. It's worth noting the Vita build I played ran flawlessly too, without a hint of slowdown or any technical hitches.

Aside from story mode, Riddled Corpses EX also offers an arcade mode (identical to the story mode except played in one go, with your character levelling up along the way) and survival, which as you can imagine is one hell of a challenge. Both of these offer leaderboards, which is a nice way to add replayability by competing against your friends, or even just to compare your skill level against others. 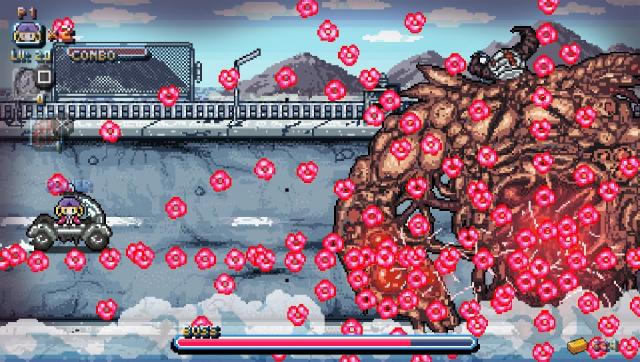 Despite the fact that it appears off-puttingly dense and grindy upon first booting up, Riddled Corpses EX is a surprisingly enjoyable twin-stick shooter. There's something inherently addictive about collecting gold to work towards your next upgrade so that you can finally conquer a level you've been struggling with and this outweighs any sense of repetition. It was enough to keep me coming back and makes the game an easy recommendation if you're looking for a challenging and rewarding title that is best played in short bursts on a portable console like the Vita.

This review is based on a digital copy of Riddled Corpses EX for the PSV, provided by the publisher. 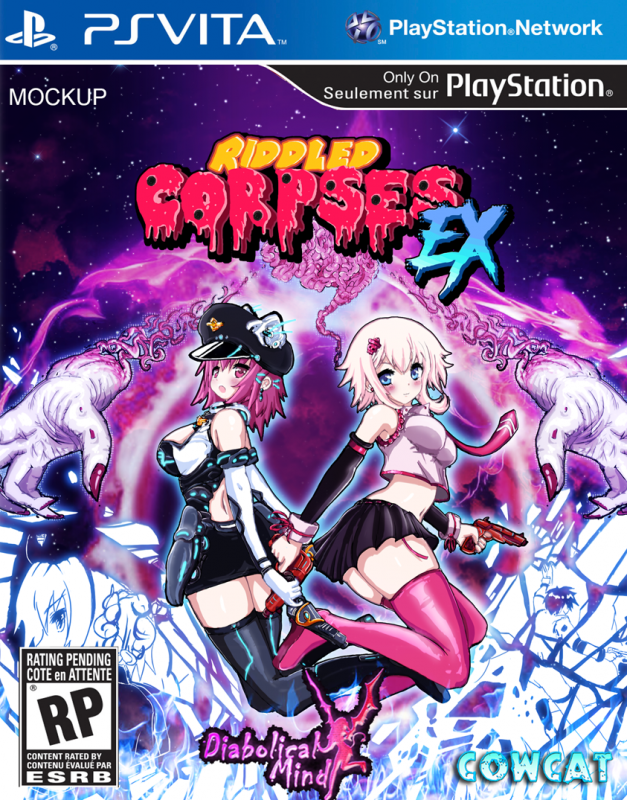