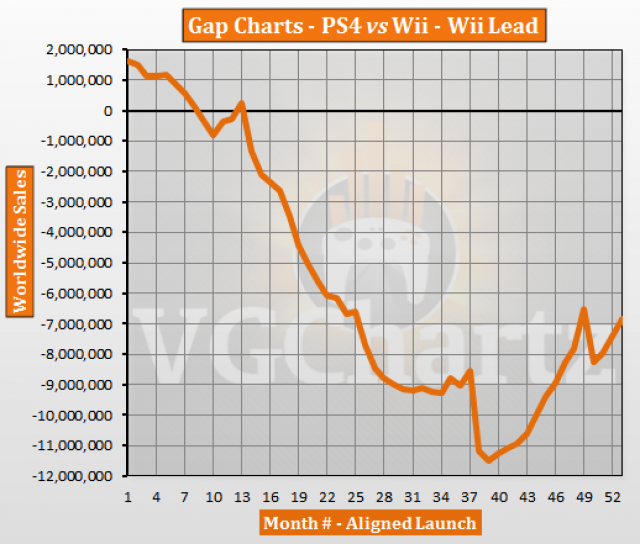 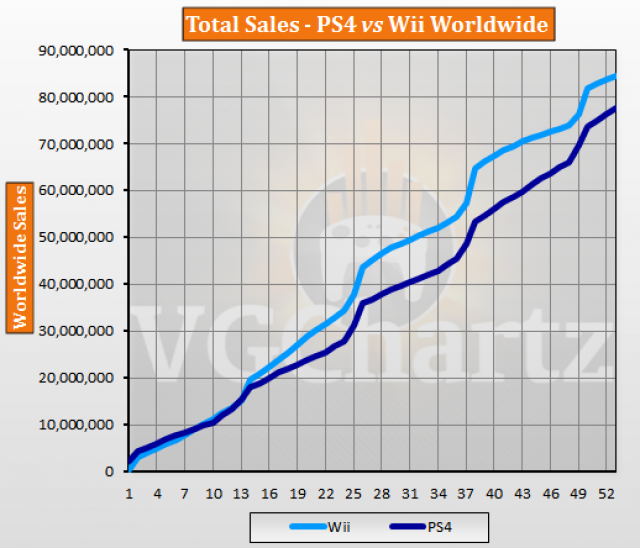 March 2018 is the 53rd month that the PlayStation 4 has been available for. During the latest month the gap grew in favor of the PS4 when compared with the Wii during the same timeframe. The gap decreased by 576,430 units in the last month and by 4.28 million units in the last 12 months. The Wii currently leads by 6.82 million units.

Just a matter of time now