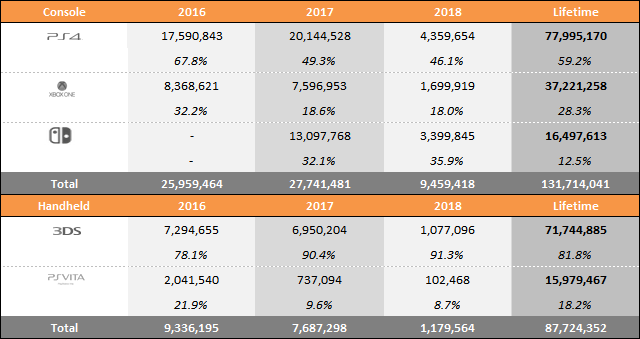 I would not be suprised if the Vita gets taken off the shelves everywhere except Japan by this years end. It sells like the XBOX ONE in Japan, which means not at all.

Nintendo has still a few games coming out for the 3DS so they wont cut off life support yet.
Switch is doing pretty fine.

PS4 still business as usual despite supply issues in Japan and still not sure what to think of Xbox Ones performance this year.

Shouldn't the total sales be around 40 million for the three consoles combined for 2017. The number doesn't seem to count the switch.

The Switch has overtaken the Vita in short time and a higher price point.