In the spirit of Commander Keen and Duke Nukem comes the 90s nostalgia piece Rad Rodgers, a side-scrolling action-platformer with a potty mouth. Developed by Slipgate Studios, and originally published by 3D Realms (before THQ Nordic acquired the rights to the IP), Rad Rodgers is an OK game. In the plus column, its graphics, art design, and lighting are all mighty impressive. Its shooting mechanics are solid and its open-ended levels refreshing. Yet, at the same time, its enemy encounters are boring thanks to inept AI. "Pixelverse" sequences, shoehorned into almost every level, are tedious and frustrating. Finally, the game contains only eight levels, a few bonus stages, and a boss battle — resulting in a game that could be beaten in an afternoon.

Rad Rodgers follows a young boy named Rad, who loves video games. After playing for too long on a school night, Rad's mom bursts into his room and sends him to bed. In the middle of the night, the boy awakes to find his TV and console turned on. When he investigates, he's pulled into the virtual world inside the TV and wakes up inside his video game. There, Rad is greeted by his living, breathing video game system: Dusty, voiced by Jon St. John (Duke Nukem 3D). 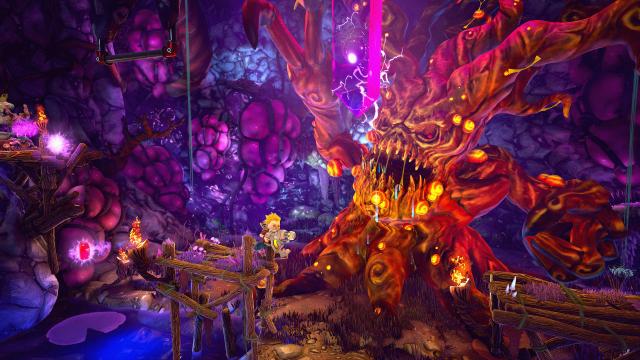 Throughout the game, Rad and Dusty work in tandem, with the boy running and gunning, and the sentient console helping out with the "Pixelverse," a spacetime-breaking region that exists behind the game world. There, Dusty repairs glitches that summon a helpful platform or remove an impediment. Overall, Rad Rodgers is a cocktail of shooting, platforming, and exploration — with some ingredients working better than others.

Shooting is a mixed bag. While the mechanics of shooting are sound and player feedback is excellent — controller rumble gives every fired bullet a throaty reverberation — the encounters themselves are lacking. The game features only six enemy types, one of which is a stationary laser turret, plus two mini bosses, and a final boss. One enemy type runs around seemingly unaware of your presence, while others are bullet sponges that alternately charge blindly ahead or sit stationary while Rad pumps lead into them. Aggravating matters is a base weapon without much punch. Only by picking up weapon power-ups — which are fun, mind you — can Rad dispatch bigger baddies in a timely manner. 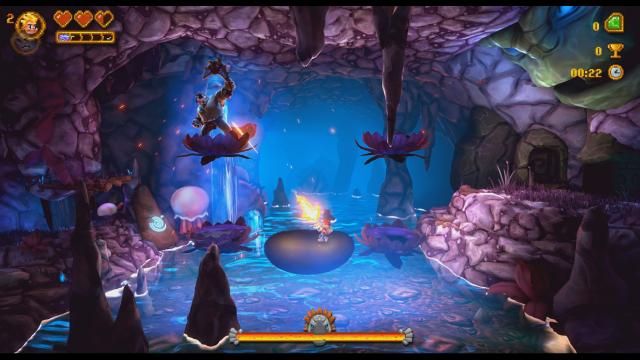 Platforming and exploration are more pleasant, mostly due to Rad Rodgers' sprawling levels, rife with secrets and hidden power-ups. You'll need to sniff out hard-to-find rooms, caves, and ledges to collect each level's trophies, which include gems, hats (which can be equipped in the main menu), lion tokens, extra lives, etc. The addition of leaderboards makes the hunt for collectibles all the more intoxicating, as players can compete for bragging rights with rivals around the world.

The weakest part of the game is the "Pixelverse," the tear in spacetime where Dusty operates. These episodes pop up in nearly every level, including the climactic boss battle, and add nothing but tedium and frustration. In a game all about running and gunning, Dusty's slow-moving, tiresome movements through the Pixelverse threaten to stop all momentum. Worse, the puzzles inside the verse involve moving around rotating hazards and lining up electric nodes before a timer expires — not exactly thrilling or original stuff. The Pixelverse is disorienting, momentum-killing, and monotonous, and it should be cut from the game altogether. 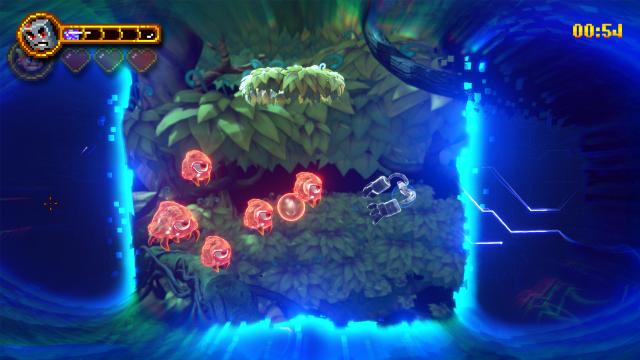 Although the gameplay experience in Rad Rodgers is uneven, its technical qualities are darn impressive, especially for a Kickstarter title. Graphics, lighting, and environmental effects all shine. Art direction is a highlight, too; the game's animators have created a convincing world here, with twisted forests, murky swamps, and dank caverns. Even the Pixelverse, for all its gameplay foibles, enjoys a unique pixelated, corrupted aesthetic.

Jon St. John, perhaps most famous for voicing the brash Duke Nukem, is another highlight. His Dusty is foul-mouthed and irreverent, and brings some personality to a largely story-less adventure. Unfortunately, many of his lines — and much of the dialogue in Rad Rodgers in general — is inconsistent. Some jokes are funny or at least amusing, while others are embarrassingly juvenile. 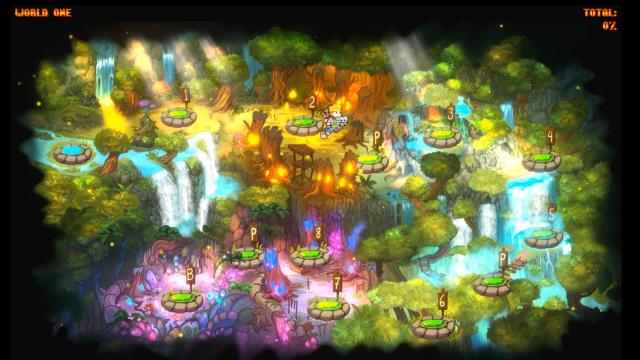 Finally, Rad Rodgers is a bit thin on content, although, to be fair, leaderboards and hidden collectibles give the game above-average replay value. Still, the base package here is light. Slipgate added two new levels and three pogostick levels for the console release, but there's still only four to five hours of content here. It feels like the first part of a larger game that hasn't yet arrived. Indeed, "Chapter 2: Ice World" was a stretch goal for the original Kickstarter, but the $200,000 benchmark was never reached.

Fans nostalgic for the early 90s and eager to throw political correctness out the window might find Rad Rodgers a decent experience. Completionists might extract some satisfaction from the pursuit to 100 percent. All others can probably skip this one. Some interesting level designs and impressive graphics can't make up for unenjoyable enemy encounters and lackluster gameplay flow.

This review is based on a digital copy of Rad Rodgers for the XOne, provided by the publisher.

While I agree with some of the critiques of the game I am enjoying it overall. I would have personally rated it a little higher. The pixel levels though, the reviewer nailed it, they should be removed from the game.

If you figure it out let me know :P 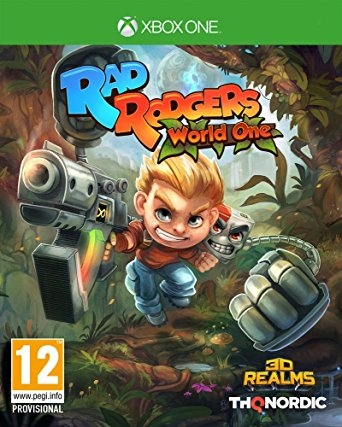 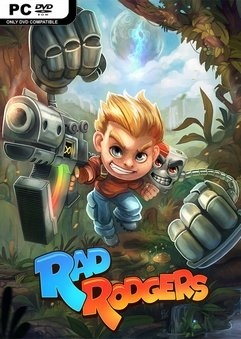