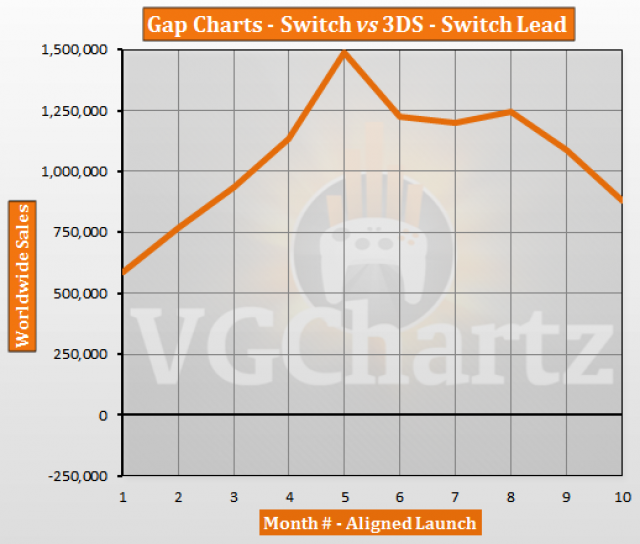 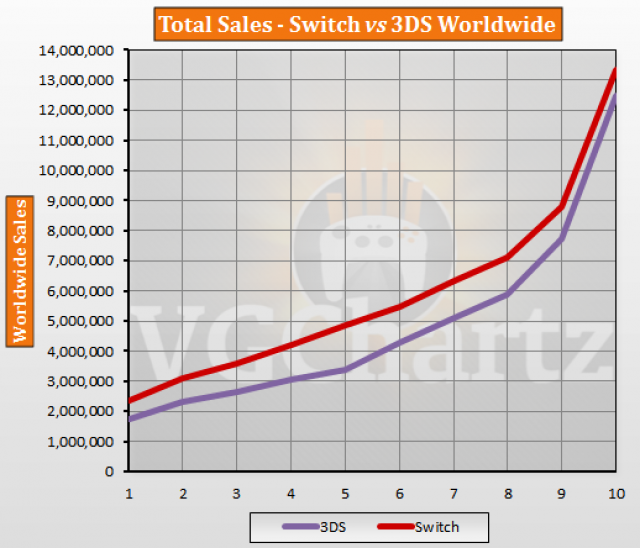 December 2017 is the 10th month that the Nintendo Switch has been available for. During the latest month the gap grew in favor of the 3DS by 206,617 units when compared to the Switch during the same timeframe. The Switch is currently ahead of the 3DS by 879,591 units.

The 3DS launched in February 2011 (however, 3DS sales have been aligned to March 2011, since it only launched at the end of February in Japan), while the Nintendo Switch launched worldwide in March 2017. The Switch has sold 13.36 million units, while the 3DS sold 12.48 million units during the same timeframe.

The Switch needs to step up their game if it want to hold on to the lead.

Oh, they are surprisingly close. You'd think that, with all the problems the 3DS had at launch, the Switch would have a clear advantage, but nope. It will be interesting to see the 3DS pricecut and Mario 3D Land.

Isn't the price cut for 3DS that uptick on month 5?

The pricecut already happened tho didn't? So did MK7.

Oh, I didn't realise that. So what's the next biggest 3DS bomb, Pokemon XY?

The 3DS price cut is already in the above chart as is the release of Mario 3D Land.

It probably is XY but Switch still doesn't have Pokemon either...

Switch shortages in the U.S. and Japan didn't help things either