Fans of Dragon Ball and the fighting game genre alike can rejoice. Dragon Ball FighterZ lives up to the hype albeit with a few drawbacks which I’ll describe later. The three-versus-three battles are the star of the show, and they do not disappoint. It is truly a delight to see such faithful representations of fan-favorite characters. The 2.5D art style pops and captures the best of Dragon Ball. Fights play out against familiar backdrops, and the stages are well-chosen and appropriately minimalistic to avoid distraction from the core action. 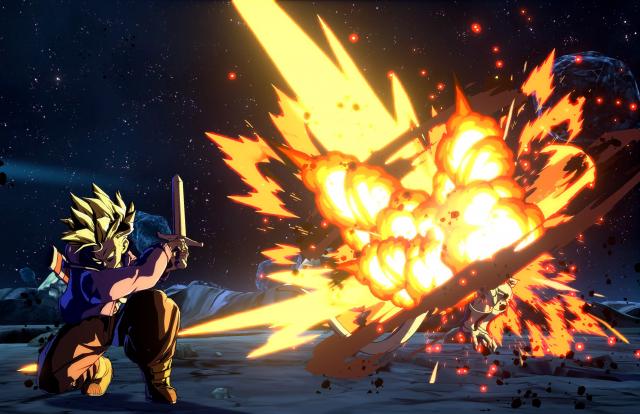 Whether you choose to play local multiplayer, online multiplayer, arcade mode, or the original story mode, it’s hard not to be enthralled by the battle system. Battles are fast, accurately representing the over-the-top style of the anime with flashy super attacks, split-second dodges, and clever integration of support characters and dynamic character switches. The characters’ explosive movesets impress without feeling cheap thanks to easy-to-execute blocks and dodges, although some fans might find these, as well as one-button combos, too simple to execute.

Generally, I appreciate the achieved balance. Arc System Works crafted the game to appeal to both core and casual audiences, and it doesn’t feel like a stretch to say that it will fit right in at tournaments and in competitive play settings. Similar to Nintendo’s Super Smash Bros. series, FighterZ’s pick up and play style doesn’t detract from its nuanced mechanics for those gamers interested in mastering them.

Now, on to the roster. It was here that I began to see the cracks in FighterZ’s polished exterior. To put it bluntly, the roster feels limited. Twenty-four characters might seem like plenty at the outset, but due to the three-versus-three mechanic you can see all the roster has to offer in as few as four matches.

Moreover, while I wouldn’t call any of the characters clones, there are relatively few characters that boast genuinely unique playstyles. Going into the game, I wouldn’t have thought Captain Ginyu and Nappa had two of the strangest move sets, but that is the case here. Chiaotzu and Guldo, with their psychic abilities, come to mind when I think of potential fighters that could diversify the roster, or – better yet – Arc System Works could have included characters out of left field, like Fortuneteller Baba or Mr. Satan (who is no stranger to Dragon Ball fighting games). Overall, each character feels well-balanced and different enough, yet I anxiously await the announcement of additional DLC characters. Time will tell if they round out what is already a strong foundation. 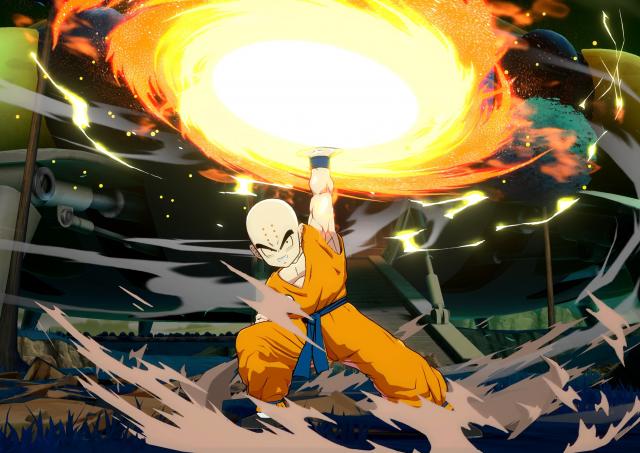 The story mode is also a mixed bag. It is surprisingly expansive compared to many fighting games, but feels too long with obvious filler content. I imagine many players will begin the story mode only to decide the unlockable character, the all-new Android 21, isn’t worth the hassle. Players who press on may be delighted to experience a new storyline and see characters in fun matchups and conversations not otherwise found in the anime though.

Regarding online play, FighterZ’s online struggles at launch, as well as during the open beta, were well-documented elsewhere. Thankfully, Arc System Works resolved many of the glaring problems, including the occasional overcrowded lobbies, disconnections, and matchmaking errors, and yet there is still much work to be done. The current lobby system, while initially charming with its bright colors and chibi avatars, is messy. It is overly complicated to battle your friends and initiate arena matches against other players within the lobby.

That being said, I have had a blast battling other players online in both casual and ranked matches. I only wish I could switch out my fighters before the next rematch, a feature sorely missing from online modes (without exiting to the lobby and losing your connection to the other player). I would gladly trade the current system for a simple menu-based portal from which I could more easily join battles, swap out my team, and find friends. 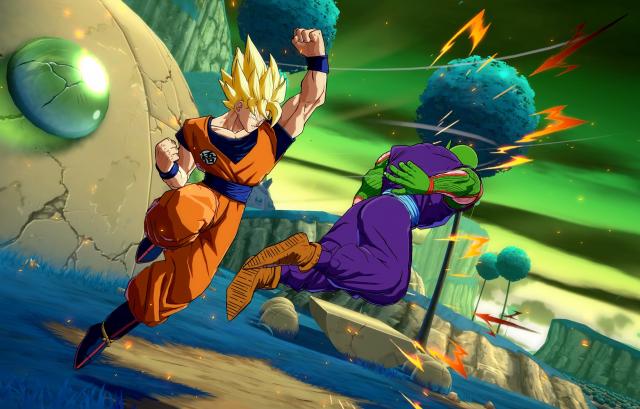 I hope that the developers continue to update and improve the game in response to fan feedback. There’s a lot here to love, and it would be a shame to have to wait for the inevitable sequel for substantial improvements. I remain hopeful based on what I have seen so far. This game screams fan service from minor details, such as alternate costume colors, to more extensive customization options, ranging from preferred voiceover language to reconfigurable controller inputs.

Ultimately, Dragon Ball FighterZ feels like a solid first draft ripe for expansion and refinement. Despite the puzzling online structure and occasional filler content, I am genuinely impressed with what Arc System Works accomplished. FighterZ boasts top-notch core fighting mechanics and unrivalled anime flair. Every battle feels consequential and faithful to the source material, and that is why I wholeheartedly recommend FighterZ to fans of Dragon Ball and good fighting games in general. It might take a while for it to reach its full potential but, in the meantime, you can find me in the lobby awaiting my next match.

Congrats on your first review, Jackson!

This is the dbz game that I always wanted

Slightly disappointed that you didn't use 7 Dragon balls there instead of controllers. Good review btw

You’re so right! That was a missed opportunity for sure.

what a shame you thought so poorly of one of the greatest fighting games in the 21st century. The story was amazing and playing the original timeline for a 10th time would be criticized worse so props to Arc for such a memorable and creative addition to the DB world.

By far the best fighting game I've played in years. The combat system does seem simple at first, but once you start understanding its intricacies, and how relying on auto-combos won't do as much damage as manual combos, you start to delve into its deep combo system and man, how fun it is to find ways to extend. Even moreso when you mix assist into them to juggle your opponent.

It's quite fast paced and needs a lot of practice to become good, but it's so rewarding when it clicks and you make everything work!

Story mode sure would have needed more work. I wish they had made more action sequences matching the anime. But most of the time, you have mostly static characters talking. That being said, the banter and fan-service is quite good! Voiced by the same actors that did the anime too!

I'd rate the game a solid 9. It's not perfect, but it's the best fighting game in ages for me.

Visuals do get a 10 though. Game is simply stunning with how authentic to the series it is!

Best DBZ-Game ever with Budokai 3 : )

7 is decent. Not sure if it will have as huge of sales as some think though.

It has already sold over 2 million and was the fastest selling fighting game in Steam history. I would say that it is tracking better than most expected.

A copy of Blazblue (same devs actually), only 24 characters (+ a third of that as payable dlc)... That's enough to make it my flop of the year already. Still a chance I didn't waste my precious money by buying this garbage.

It plays much more like MVC than Blazblue, and I struggle to think of any new I.P. competitive fighter (where they can't just reuse a lot of assets from previous entries) that launched with more than 24 characters. 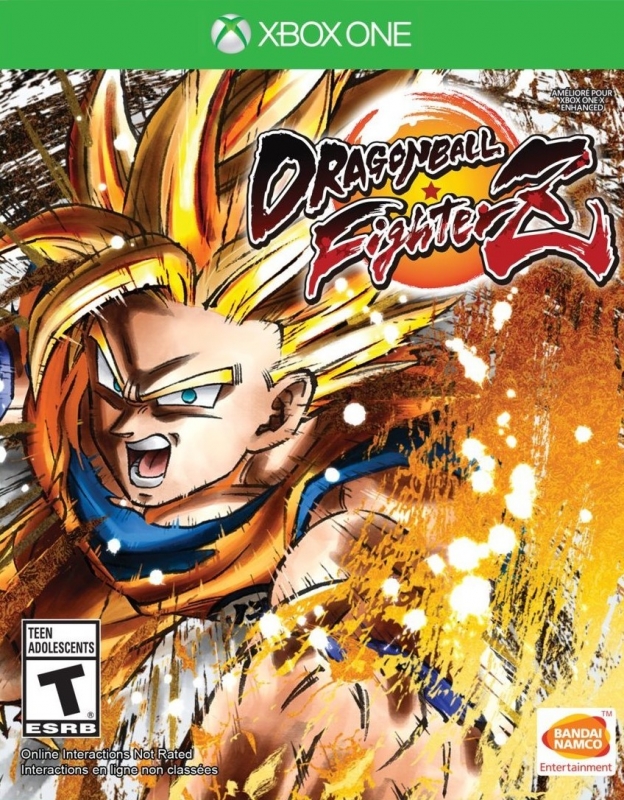