by Thomas Froehlicher, posted May 10th

by Paul Broussard, posted May 9th

Narrative-driven games have made something of a comeback over the last few years and The Mind's Eclipse is another such title vying for your attention. It explores what a future civilisation could look like, and creates a world so vivid in its story-telling that you'd be forgiven for thinking it was real. As someone who loves the extended lore of a lot of modern science fiction gaming franchises like Halo, Mass Effect, or Gears of War, I was genuinely curious to see what The Mind's Eclipse could accomplish within just one game. 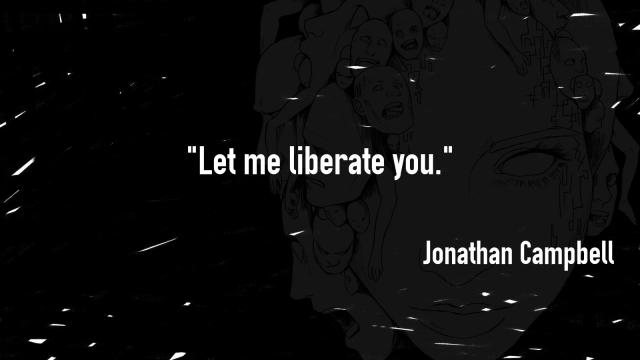 In The Mind's Eclipse you play as a character called Jonathan Campbell, a scientist who has just woken up in an abandoned hospital on Jupiter's moon, Europa, which is slowly running out of oxygen. In stereotypical fashion, Jon has completely forgotten his past, and the events leading up to his present predicament. The amnesia trope is predictable but also understandable, as it allows both the character and the player to learn about this unusual world, and your role within it, from scratch.

One of the first things you'll notice about The Mind's Eclipse is its striking art style. Even from screenshots dotted throughout this review you should get a good feel for how rough, colourless, and minimalistic the game looks. At first this feels quite jarring but the more you see of the game the more you come to appreciate its unusual art style. For one, the sketches you visualise the world through are unnerving, and they provide just enough detail to get the point across while also leaving you with plenty of unanswered questions. 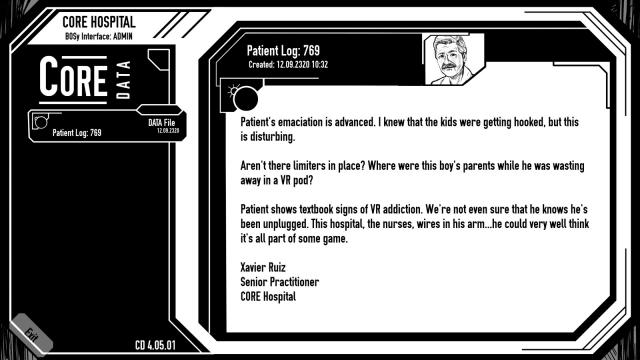 As in adventure games of years gone by, in terms of gameplay you're typically presented with a room and can then click on things in the environment in order to read them, view them, or pick them up and use them to progress. In this dystopian future everyone has BSods implanted in their brains, which allow people to interact with one another, as well as interface with the environment. These BSods store your memories, e-mails, conversations, and so on - basically every facet of an individual's life is routed with their BSod, and it's through BSod interactions and the datapads strewn throughout the world that you'll learn more about Europa and its citizens.

Don't get too excited about using items to progress through The Mind's Eclipse, though, because you'll soon discover that the game is devoid of the puzzles that the adventure genre is traditionally known for featuring. When you come across an obstacle blocking your path in The Mind's Eclipse all you need to do is click on objects in the environment until you acquire a key item. These items don't even have to be selected to be used against obstructions, so they're basically just a means of getting the player to thoroughly explore the environment. 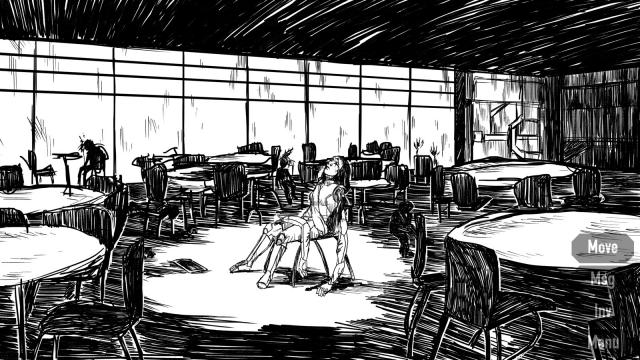 If you ignore the fact that The Mind's Eclipse is more of a visual novel than a traditional adventure game, then the content on offer here is truly fantastic. The story is genuinely entrancing, with enough mystery and intrigue to keep me hooked for the entirety of the game's 3-4 hour playtime in one sitting. Not only that, but the amount of history and content created to make the world of The Mind's Eclipse feel real is to be commended, with Jonathan Campbell and the city of Europa eventually coming to feel like real, tangible places.

Unfortunately, all of this world building and the beautifully crafted art does come with some other drawbacks. One issue I have with the game is how predictable and repetitive the gameplay loop quickly becomes. The vast majority of your time will be spent simply moving from one room to another, with each room containing one of a small number of different set pieces over and over. There will either be some dead bodies, some datapads, or some terminals to access, and those are the only methods The Mind's Eclipse uses for directly communicating the story to you. 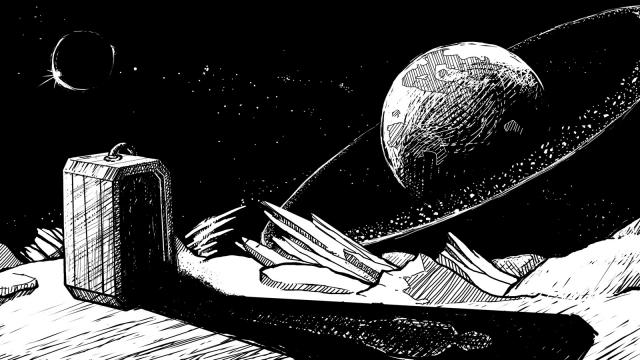 I also have to criticise the torturous backtracking. To jump between rooms you press a button titled 'move', and then proceed to click a room on the map that's adjacent to your current one. Unfortunately, towards the end of the game characters will get you to go to rooms at the other end of the map (rooms which only appear after speaking with someone), meaning you'll have to jump between rooms that you no longer need to be in. 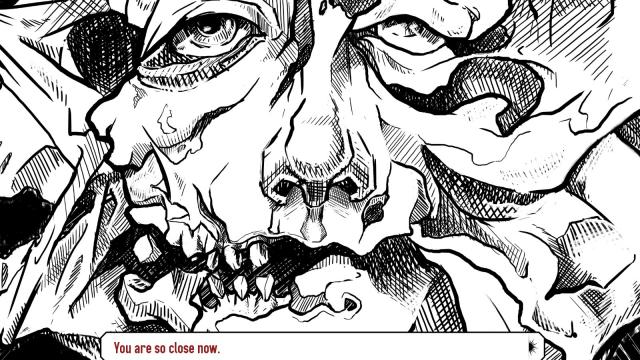 Overall, The Mind's Eclipse is a fantastic visual novel but a weak adventure game. The good news is that if you're attracted to the unusual visuals that you've had a taste of in this review then you're in for a treat of a story too; this is one of the most expressive narrative-driven games I've played in a while, and it makes me excited for developer Mind's Eclipse Interactive's next project.

This review is based on a digital copy of The Mind's Eclipse for the PC, provided by the publisher.

Looks interesting. That picture in the cafeteria, can you walk around it?