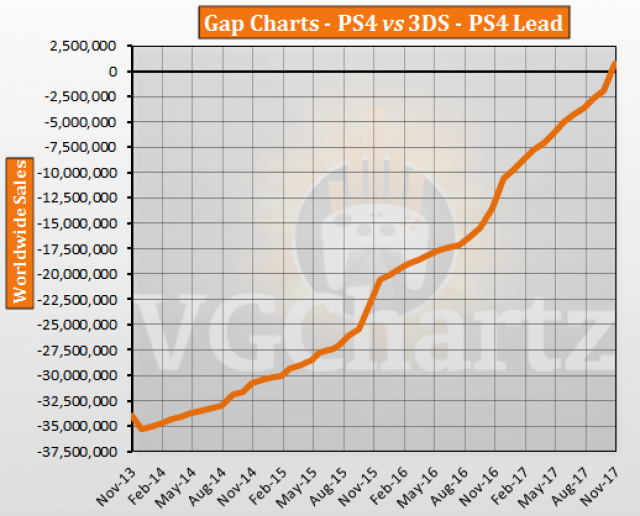 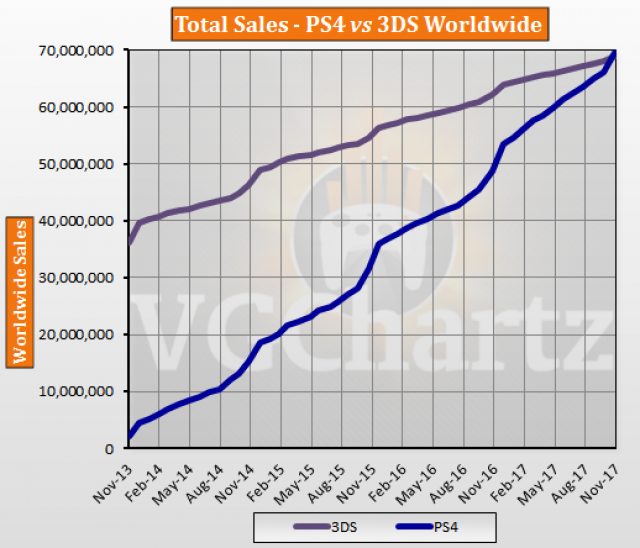 Ps4 caught the 3ds and now it will power off into the distance. Great performance. Wonder how much it beats it in the end?

20 million is a safe guess considering the Gap change over the last 12 months. As Switch supplants the 3DS, the PS4 will have two years to build up a healthy lead.

Personally I think 40m is a safe bet.

Now how long till It beats 3ds + WiiU?