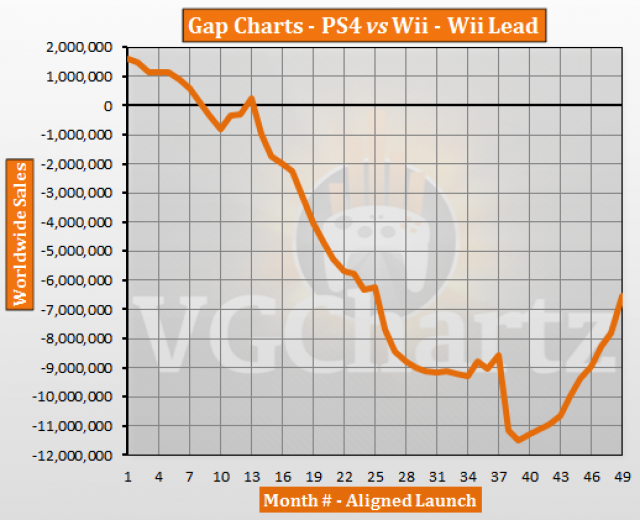 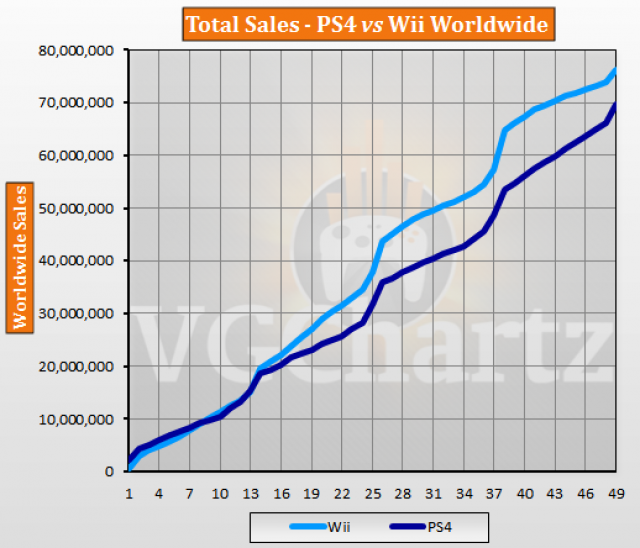 PS4 Chasing, it's coming for that booty

This is the part everyone was anticipating.

Yeah, the point where PS4 hasn't even peaked and the Wii is declining in sales.

How do we know this?

Because we have no evidence indicating it has? It's continued to sell higher and higher year after year, so until we start getting consistent numbers showing a stagnation or drop in sales we don't have any reason to assume it's peaked yet.

So we don't have enough data to know.

We have enough data to know that a peak hasn't been passed yet.

You know what, I foresee this conversation getting philosophical so... Whatever.

Wii won't last that much longer.

Sales are picking up, will pass the wii easily by the end of 2018/early 19 depending on now well ps4 sells

Can you make a graph adding all Playstations?

It looks like a Rocky film, were he gets his a** handled for 8 rounds and then simply outlasts the other dude for the rest of the fight.

A real battle PS4 versus Wii in same point in time. 8th gen versus 7th gen. Go the PS4!