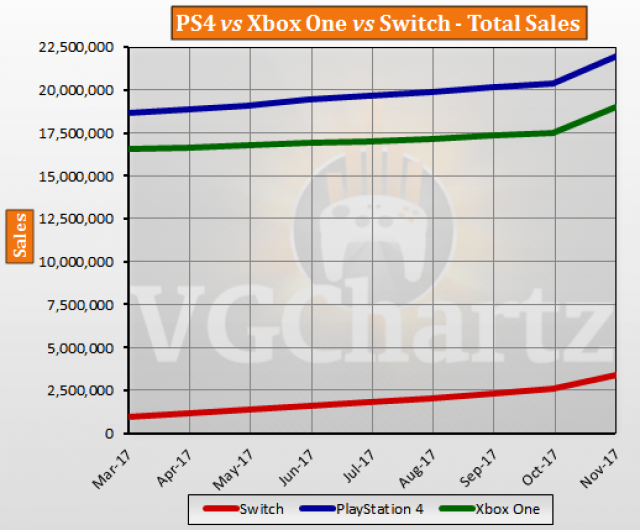 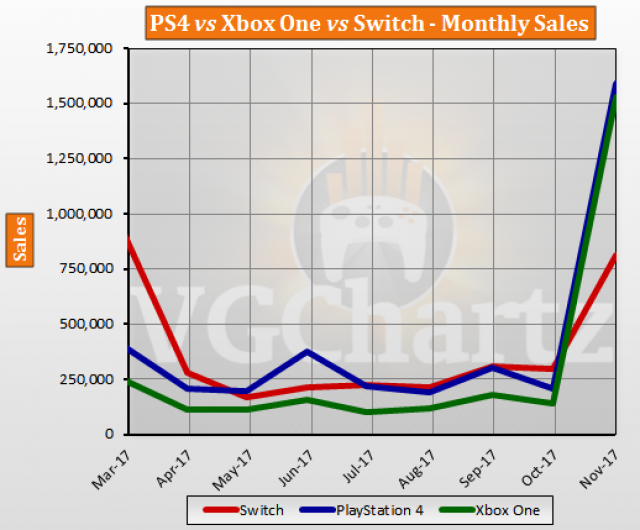 Looking at market share for the month, the PlayStation 4 managed to achieve 40 percent. The Xbox One accounted for 39 percent of the consoles sold, and the Switch 21 percent.

Isn't this the month x1x launched? With like 6 months of preorders landing on this month? Doesn't bode well all things considered.

Was it 6 months? I know it wasn't ready at E3. I thought pre-orders were like in august?

About three months actually, you're right. That doesn't really change the fact that three months of pent up preorders didn't do much at all. We will see how things look in the first half of 18'.

I agree. Any amount of pre orders and discounted xbox still not winning the month is awkward.

We knew from the NPD numbers PS4 had done well, despite the Xbox One X launch. I can't see this sales trend changing in 2018, so the gap will just naturally get bigger. PS4 on the way to 100-105million units sold world wide by the end of 2018.