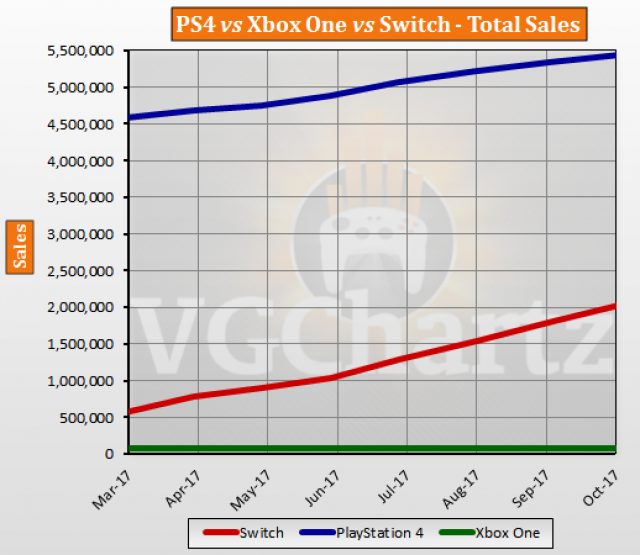 Looking at the total sales of the PlayStation 4, Xbox One and Switch in Japan for October 2017 shows the lead the PlayStation 4 currently has. However, the Switch continues to close the gap.

Taking a look at the marketshare, the PlayStation 4 has a 72 percent market share, the Switch sits at 27 percent, and the Xbox One just one percent. 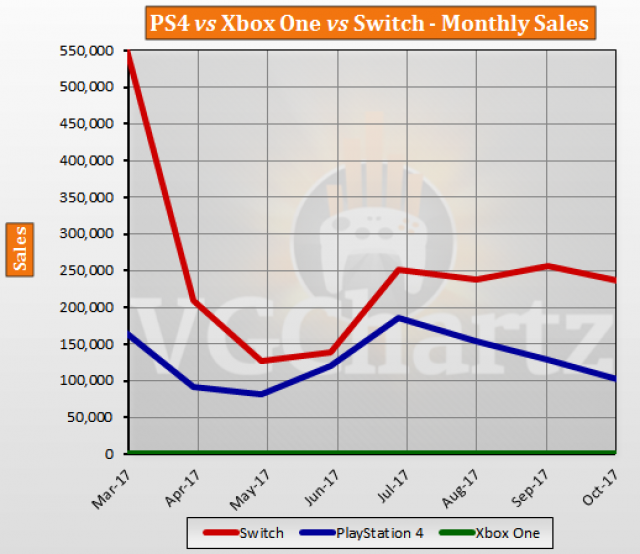 Looking at market share for the month, the Switch managed to achieve 70 percent. The PlayStation 4 accounted for 30 percent of the consoles sold, and the Xbox One less than one percent.

There is grass growing on the chart

At least the Xbox sales are the most consistent of all, the grass looks very well trimmed on this chart

I'm curious to see what Monster Hunter World does for PS4 sales in Japan.

And go second in that same year.

Yeah, probably. You know how the Japanese are with their portables.

Xbox one is pretty much non existent, just show ps4 vs switch thats the real competition

Why even bother showing the X1 sales? You might aswell do that to a country its not available in because its basically the same thing.