Zelda fans on Switch are lucky folks. Not only does the hybrid system host arguably the best Legend of Zelda game in Breath of the Wild, but it also features several solid Zelda-like games, including Oceanhorn, Ittle Dew 2+, and now Blossom Tales: The Sleeping King. This latest homage is a charming and playful take on the sub-genre Zelda helped to create, with lots of dungeon-crawling, secrets, side-quests, and real-time action. Only the brevity of its main quest and some tired puzzles prevent it from joining the greats.

While most of Blossom Tales is derivative of Nintendo's action-adventure series, its storytelling is unique. One night, a grandfather tells his grandchildren the story of the young knight Lily, who fights to save her king from a nefarious wizard bent on world domination. All of the plot points come from this conversation between grandparent and children, with frequent funny interruptions from the young ones. It's a clever Princess Bride-esque way to tell the story, where the player experiences a narrative within a narrative. Moreover, the elder's story bleeds into gameplay, as on several occasions the grandkids take over the tale, introducing new enemies in a "choose your own adventure" format. 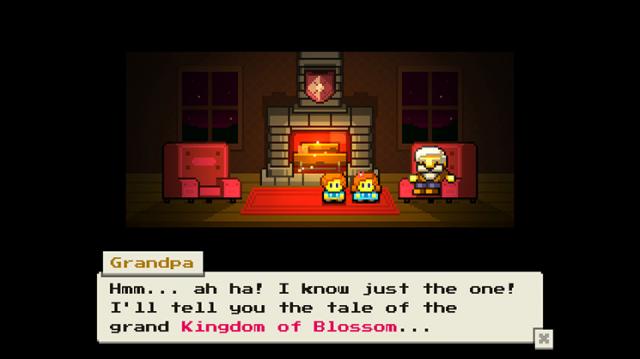 Apart from some inventive and surprising storytelling, Blossom Tales sticks with the Zelda script. Lily can equip several items at a time, including a sword, shield, bomb, bow and arrow, shovel, etc. She will visit five dungeons, each with a unique item, plus puzzles and monsters galore. In the vast overworld, she will visit ghost-filled swamps, cursed forests, and icy climbs — all populated with towns, monsters, and quest-giving NPCs.

It's your standard top-down Zelda fare, but the developers at Castle Pixel serve it up professionally. There's a healthy balance among dungeon-diving, overworld exploration, shopping, questing, and item collection. Everything is so balanced and fun that it's a shame there isn't more of it. On its website, Nintendo boasts of "15+ hours of gameplay" in Blossom Tales, but that's a stretch. Most players can see the end credits after about six or seven hours, with post-game side-quests adding a few more hours on top. 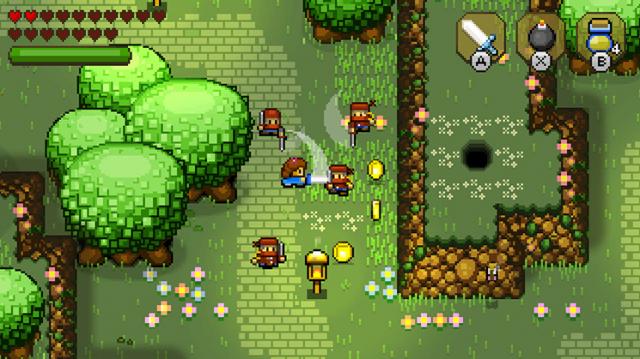 Those side-quests produce some of the most interesting and rewarding moments in the game. There's a mail service that enlists Lily's help; a mad scientist searching for zombie brains; and a wise old tree looking for a brave hero to uncurse the tree folk, among many others. Equally engaging are the game's five dungeons. They're lengthy, substantial episodes with secret passages, environmental traps, and some excellent boss battles. Dungeons come with a mini-boss and a final boss, and almost all are formidable.

One low point in dungeons is puzzle design. Many of the game's puzzles come in two flavors: move the blocks, or walk the path. These are tired ideas already, and they're repeated again and again throughout the adventure. They're not terrible, by any means, just lacking in imagination. 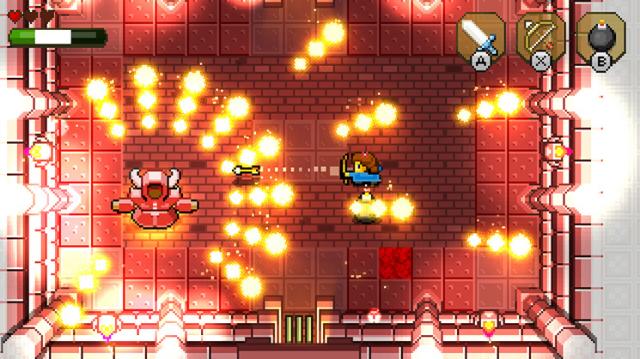 On the artistic front, Blossom Tales is serviceable. Its old-school sprites are charming and cute, if a little ill-defined. Environmental models and lighting effects look best, with some character models seeming a bit flat and bland. Music is fine too, with a few tunes sounding dangerously similar to classic Zelda songs.

Blossom Tales is another solid Zelda-like game on Switch. Its clever storytelling, vast and diverse overworld, challenging boss battles, and abundance of side-quests make it a winner — and mitigate some unimaginative puzzles and a relatively short running time. Hopefully, this is the first of many adventures for Lily and the kingdom of Blossom.

This review is based on a digital copy of Blossom Tales: The Sleeping King for the NS, provided by the publisher.

Cool, it's about time Mayim Bialik got her own game

She is everywhere right now.