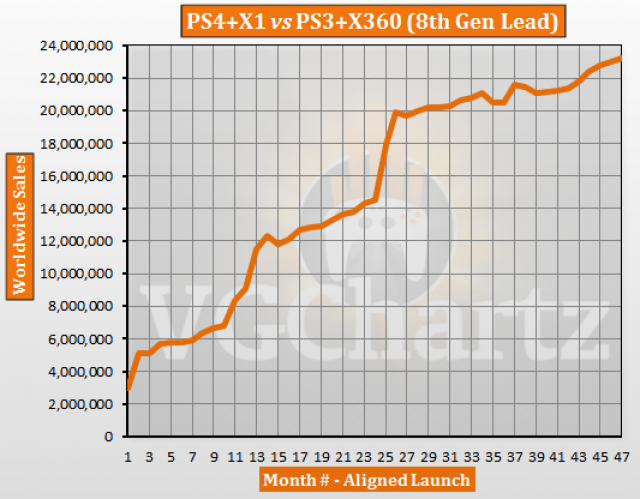 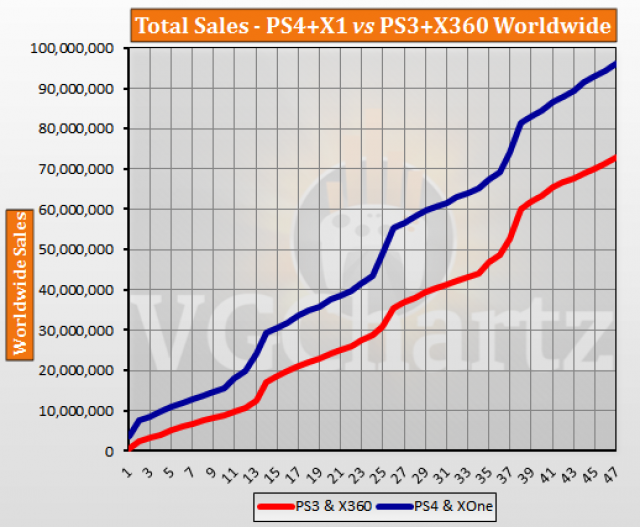 The 8th gen twins might win this battle after all.

Only 12 months left until the tide is turning... Kinect and Move will both have Wii first years sales

All thanks to the great success of the PS4.

To be honest this surprised me. For some reason I felt that this gen was down in game sales etc. I guess PS4 sales were so massive they made the XB1 look bad, even though XB1 is tracking above the 360.

It's nice to see them getting along together.

But but consoles are dying!!!!

Consoles are dying though, you guys. Lol