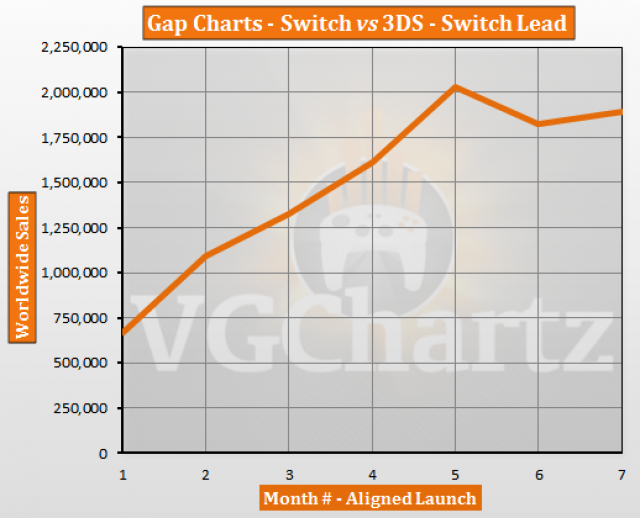 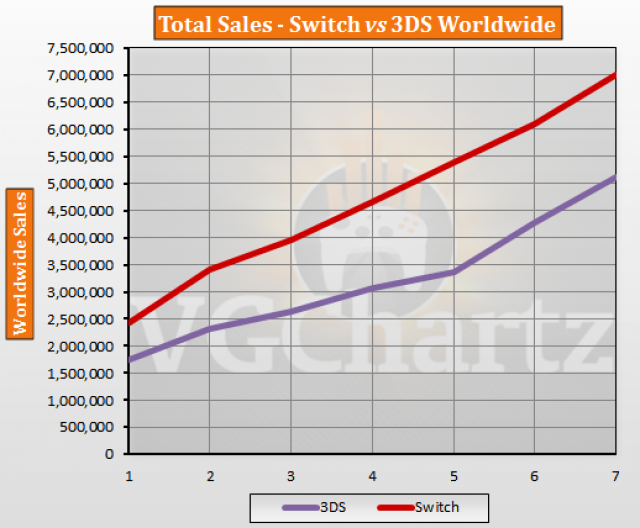 September 2017 is the 7th month that the Nintendo Switch has been available for. During the latest month the gap grew in favor of the Switch by 72,207 units when compared to the 3DS during the same timeframe. The Switch is currently ahead of the 3DS by 1.89 million units.

The 3DS launched in February 2011 (however, 3DS sales have been aligned to March 2011, since it only launched at the end of February in Japan), while the Nintendo Switch launched worldwide in March 2017. The Switch has sold 7.02 million units, while the 3DS sold 5.12 million units during the same timeframe.

3DS had a much weaker first year software lineup, so it will be very interesting to see where this goes.

This will be an interesting comparison. In my opinion the Switch will only be a success in the long run if it sells better than the 3DS.

...nah. ninty's earning more per devise with the switch than the 3ds. Why?