The fighting game from publisher and developer Capcom - Marvel vs. Capcom: Infinite - sold 175,861 units first week at retail, according to our estimates. First week sales can be viewed on the VGChartz Global Weekly Chart for the week ending September 23. 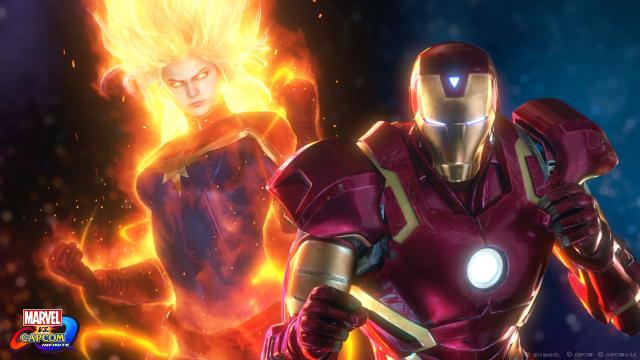 Marvel vs. Capcom: Infinite released for the PlayStation 4, Xbox One and Windows PC worldwide on September 19 in North America and Europe, and on September 21 in Japan.

Selling only as well as a PORT of pokken... oh dear.

Capcom still managed to ship 900k of these though. So, the joke is on the retailers.

So that's about a quarter of MvC3 week 1. Oh dear.

The lack of X-Men hurt this game really hard. Hope they get the message.

to be honest, no xmen is the least of the game's problems.

I expected to have most of the characters from MVC3 back. I didn't get that. I don't get the game. Probably wait till they make the Ultimate Edition where they do.

And thus Capcom's struggle in the fighting genre continues. I really don't get it. They sem to be on a fairly good track when it comes to their recent re-invention of sort of RE and MH, but they pretty much bust every one of their fighting games that were released in the last couple of years. Back to the drawing board, I guess.

they keep doing nonsense, SF5 was a full price beta and this game is pretty much a commercial for the Marvel movies

MvC infinite while is a good game, truth be told had very little fan fare.One of the reasons for that is the character models which turned off alot of people