All my gaming life I’ve been something of a Sonic apologist. Ever since the original trilogy made such an impact on me in my early gaming years, I’ve always strived to see the good in even the worst Sonic titles. Despite the terrible camera work of Sonic Adventure, or the horribly repetitive wolf sequences in Sonic Unleashed, and general air of mediocrity, each game in the series has had at least a few redeeming features, be they graphical improvements or great stabs at making Sonic fast again.

Sonic Forces breaks this trend, and not in a positive way; it's an absolute trainwreck of a game that simply doesn’t deserve your time or your money. I never thought I’d say this, but even Sonic enthusiasts should steer clear of this entry. 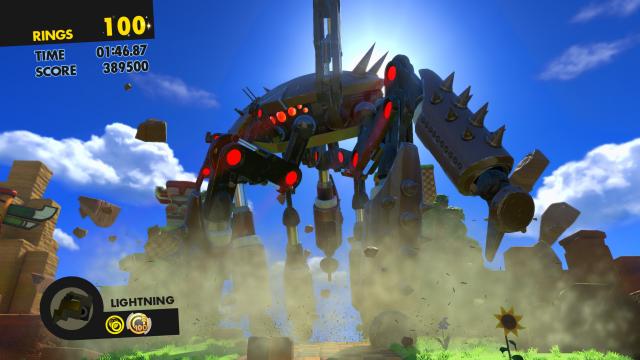 My worries about Sonic Forces set in quite early on. After playing through an extremely fast, but almost un-controllable modern Sonic level, you're rewarded with an opening cinematic that is incredibly poorly acted. This scene has Sonic taking on a new foe; one which easily gets the better of the iconic hedgehog and allows Eggman to take over the world with the aid of his accomplices.

This sets the stage for you to create your own character which will take part in the narrative. After customising a few trivial parts of your avatar, such as its animal type and hair style, you begin the campaign in earnest and the game's real issues come to the fore. 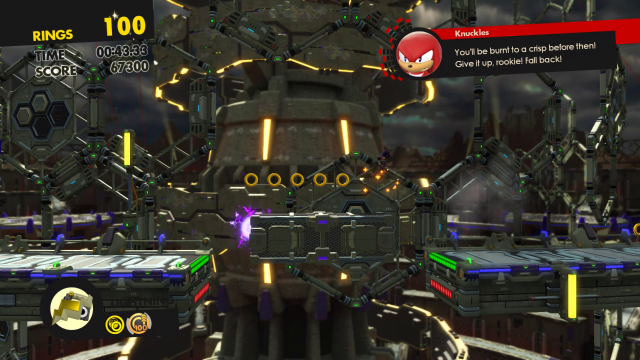 The controls are atrocious, regardless of character type. One glaring issue is the lack of momentum behind your character. When you first start moving you don't start off slowly and quickly build up speed, instead you instantly run at a set speed. Continue to push forwards and, after a few seconds, you'll instantly move up a gear, so to speak, and carry on at a new set speed.

That doesn’t necessarily sound bad on paper, but in practice it's far from ideal. Classic Sonic, for example, is frustrating to control. Precision platforming feels all but impossible at times due to this counter-intuitive movement, and there are multiple levels featuring steep inclines that are at such an angle that Sonic can't run up them because his 'third gear' speed setting isn't good enough. 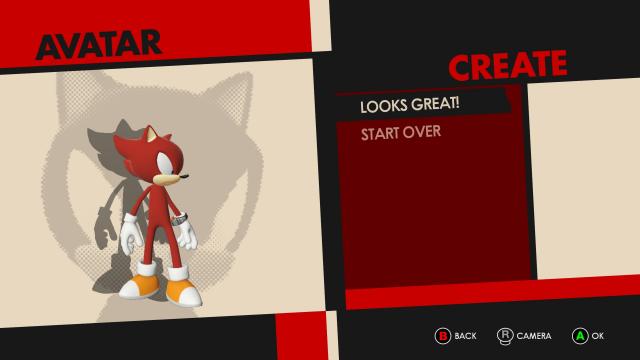 Meanwhile modern Sonic and your avatar character both handle so poorly that levels seems to have been designed to just autoplay themselves. Any corner you approach, any stretch of challenge, anything that looks set to require a single ounce of skill is streamlined and left feeling dull and hollow. These levels go by in the blink of an eye and many are completed at S rank in less than two minutes.

Sonic Forces tries to tempt you into coming back to levels once you’ve finished them by including hidden collectible red rings, as well as introducing new challenges to complete in each one, but there’s little incentive to do so, besides collecting additional items of clothing for your avatar. 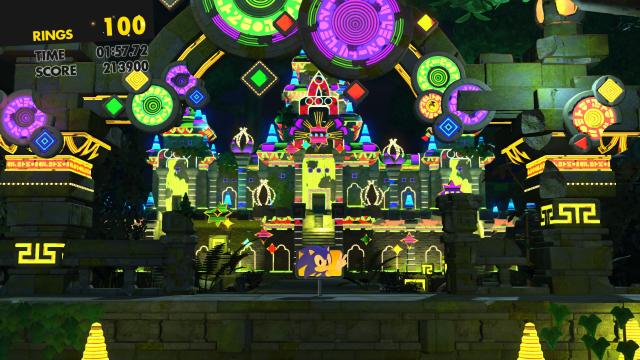 The story, too, is abysmal. It attempts to introduce Star Wras-esque tropes with its key protagonists and antagonists, with them battling it out for the sake of the planet, but the cut scenes are low-effort and repetitive. It's also very short, although given how poor the game is that's something of a blessing in disguise. From start to finish, including repeating some levels, I managed to complete the main story (including 20 S ranked stages) in under three hours. Some of my favourite games of all time are this length, so brevity is by no means a negative in and of itself, especially if the game is perfectly crafted despite (or indeed because of) its length, but Sonic Forces is not.

That isn’t to say that Sonic Forces does nothing right. The graphics, for example, are actually quite impressive. Everything is very smoothly textured and gorgeously rendered, so much so that you’d be forgiven for thinking you were looking at a CGI movie at times. There are a few muddy textures here and there, but for the most part Sonic Forces is a charm to look at and admire in terms of visuals. The animations look great, especially in the cut scenes, it’s just a shame that the content of these scenes and the narrative underpinning them is so bad. And the soundtrack, despite sometimes being a bit annoying, is also pretty catchy, so at least in terms of presentation Sonic Forces hits the right notes a lot of the time. 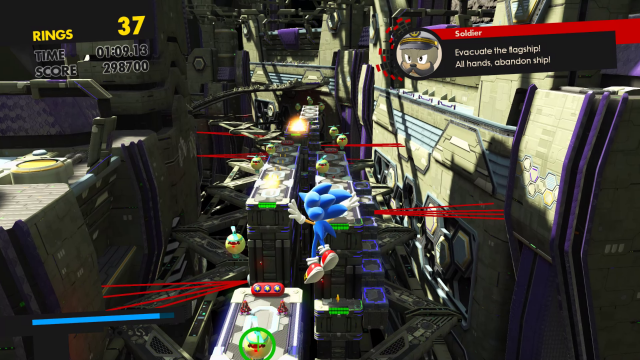 As mentioned at the start of this review, I'm usually pretty forgiving of Sonic games, so long as there's some progression of the series formula; so long as something has been improved. In that respect, however, Sonic Forces has no redeeming features. I can only recommend you avoid it like the plague.

This review is based on a digital copy of Sonic Forces for the PC, provided by the publisher.

I struggled to finish it, I really did. There were so many moments I just felt like giving up.

I'm sorry for anyone who ever thought this would be any good.

The poor hedgehog, someone should put him out of his misery. Hasn't he suffered enough?

Mania was great, it's just that quality is very inconsistent from one sonic game to another

It is the altination between good and bad that has kept Sonic alive, this long.
If we had 3 great games, then 3 horrid ones, Sonic would probably be dead by now.

Sega needs to create a new IP to offload all the rubbish games.
If the game is bad, just brand it as that new IP.

The "Quality" is actually rather consistent, always hovering around mediocre while occasionally dipping into trainwreck. The ceiling for 3D Sonic appears to be "passable" at this point.

Personally my opinion of the game is the complete opposite. Its fast, fluid and polished and I'm genuinely having fun with it. Plus I don't quite get the 'abysmal controls', the controls on Xbox One are fine, not had any issues, plus use the dpad for the classic Sonic levels if you want more precision. Its a pretty solid 7/10 game to me.

Now i know why sonic is not as big as mario

I'm pretty sure Sonic is taller than Mario