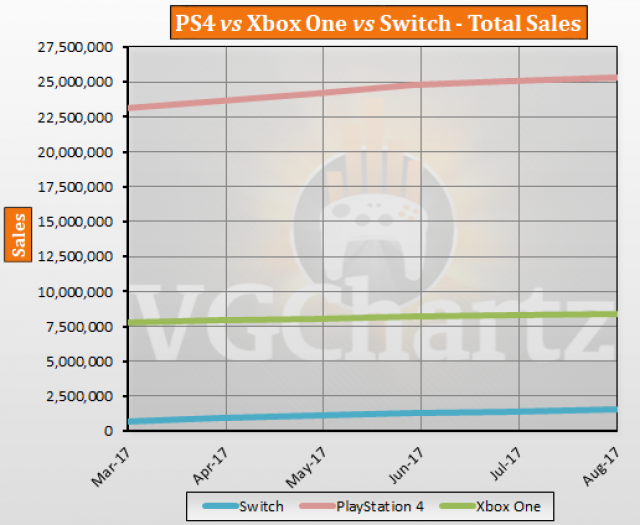 Looking at the total sales of the PlayStation 4, Xbox One and Switch in Europe in Month 2017 shows how much the PlayStation 4 has dominated in the region. Other than its first month on the market the Switch has not been able to outsell the PS4. 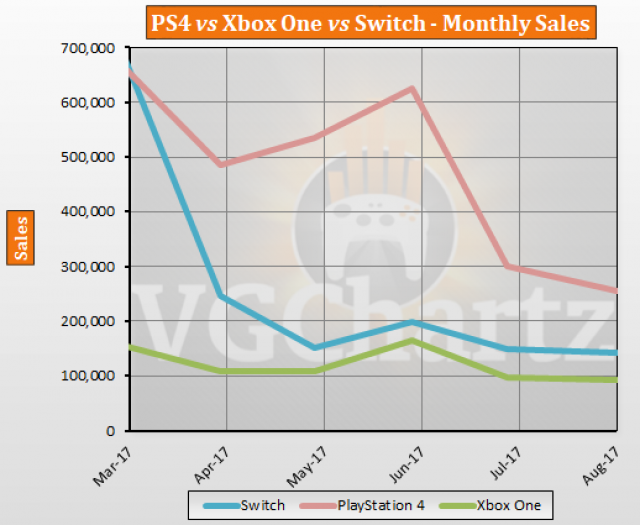 Looking at market share for the month, the PlayStation 4 managed to achieve 52 percent. The Switch accounted for 29 percent of the consoles sold, and the Xbox One 19 percent.

Switch should be able to beat XOne lifetime, but neither will come close to PS4 in Europe.

Depends, the Switch was supply constrained until a few weeks ago. This christmas will be a good indication, how good Switch will perform.. Based on the latest data Switch could outperform PS4 from 2018 on (it will easily outsell PS4 during the holidays)

It barely managed to best the PS4 in its launch month in Europe. So I very much the Switch is going to beat the PS4 in Europe. Especially since in more than a few European countries you can actually go to a store and get one, whenever you want.

Switch was heavily supply constrained in EU until late Sep.. The numbers will probably change soon in favor of Switch. That is at least something that should have been mentioned in a sales article.

Why don't you do gap charts for these three instead of lifetime where it's obvious the Switch is at a disadvantage?

The second graph is basically a gap chart and the PS4 is whooping Switch as in Europe since April 2017. Switch barely managed to outsold the PS4 in march. Alligned launch would also be massively in PS4 is favour since its first week was over 900k. And when you align launches PS4 has quite a big lead on Switch.

Even the switch can compete in anywhere in the world but not in europe.That is sonys territory