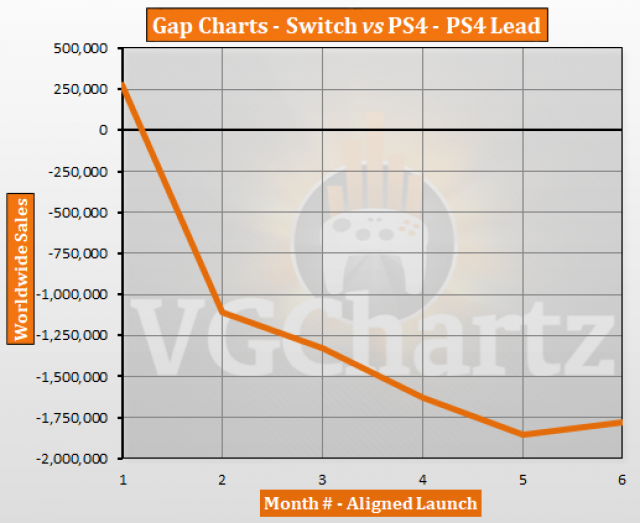 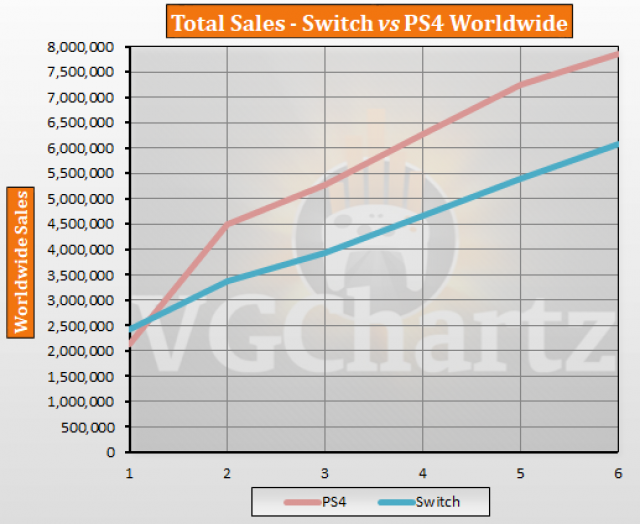 August 2017 is the 6th month that the Nintendo Switch has been available for. During the latest month the gap grew in favor of the Switch during the same time frame by 74,884 units. The Switch is currently behind the PlayStation 4 by 1.78 million units.

Nintendo has managed to keep Switch in stock online for most of October now, at least in the US. It'll be interesting to see if Switch can close the gap now that supply is finally starting to catch up to demand.

This quarter will definitely see Switch close the gap, its entering the Holiday period while PS4 will be in the slower Summer months.

So far the Switch is holding up well. First year sales will be roughly the same as PS4's.

So the Switch has stock slowly increasing as it reaches the holiday as a top 5 wish list gift. It shouldn't be a shock if it manages to gain a lead for some time