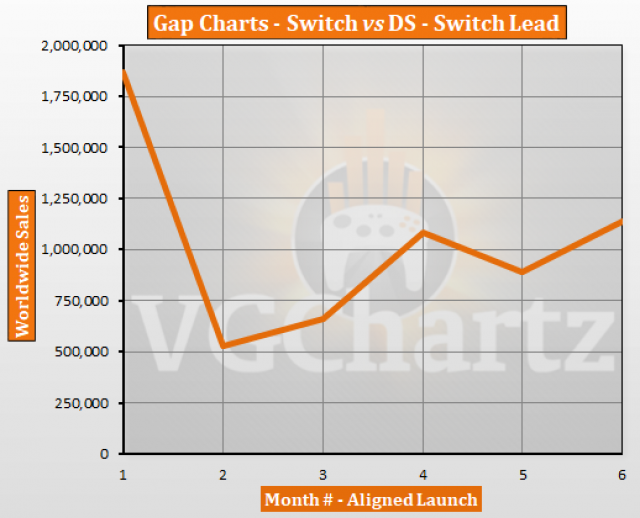 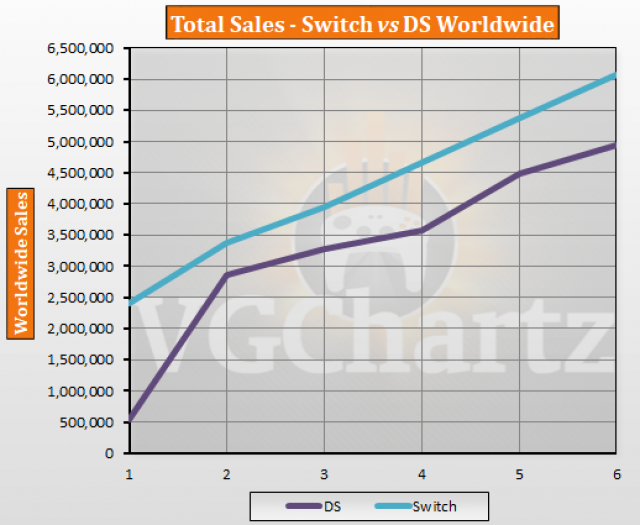 August 2017 is the 6th month that the Nintendo Switch has been available for. During the latest month the gap grew in favor of the Switch by 243,374 units. After two months the Switch is currently ahead of the DS by 1.14 million units.

Just wait till moms learn about that Brain Age game heh... it was about the most effective software I've seen for selling to non-gamers since Tetris on the Gameboy.

Enjoy while it lasts, Switch.

So far good numbers, although we all know how this is going to turn out. How long until the first DS redesign?

The DS Lite released 19 months after the original DS in the US (in Japan it was only 15 months).

Maybe the PSP would be a better comparison?

The PSP comparison would literally provide no meritable information, only comparing the switch with a low-selling product.