PlayerUnknown's Battlegrounds has set a new record for the most concurrent users in Steam history.

It peaked at 1.35 million players on September 16. That is well above the previous record set by Dota 2 in March when it reached 1.29 million players 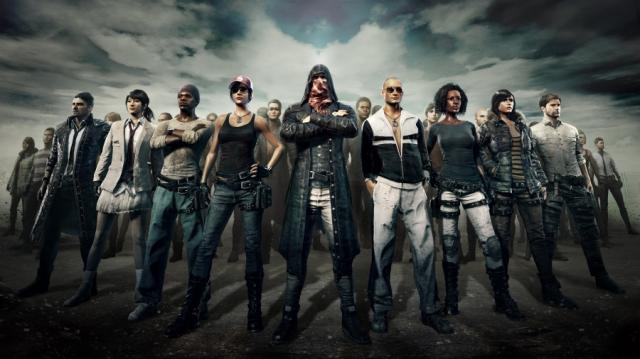 PlayerUnknown's Battlegrounds is currently available on Steam Early Access and will launch for the Xbox One as part of Xbox Game Preview in late 2017.

Steam Charts is a good website for player stats ( http://steamcharts.com/ ). Left 4 Dead 2 in Dec 2013 is the oldest peak concurrent player record still in the top 10. It appears that steam is growing and setting higher and higher record player counts.

I watched it on stream and didn't expect it to be so much fun, once you start playing you are hooked, great game!

Ill be soon to join that number. Hope this game has a 4k option

If you are looking for graphics, this is not the game for you.

So can this be the end of csgo?

Why would you want CSGO to end?.

Becauz its not a game its a slot machine

People still play it like a video game and enjoy it, so I'd let them have what they want.

I used to play it as well until i got to know the truth about it.Once you get into unboxing tvese worthless cases you ll wanna open more n more n thats how you ll stuck into this vortex.I know those skins are avoidable but ik for a fact most people play it just for those skins

The game doesn't revolve around the boxes, never has and never will. There are so many skins in heroes of the Storm and I don't have to pay for any of them as I can unlock them myself and spend them with the in-game currency. I have zero dependency on needing them.

people love collecting clothing items in PuB, people love cosmetic loot these days because they like the designs of them.

So what youre saying is that people have gone crazy and because of that the devs pockets are getting loaded due to this.Im ok with skins even though i think their shouldnt be an option of purchasing them with real moneu but The thing with csgo is that it has become a casino.There are so many gambling websites that pretty much whosoever plays this game will surely try it for once once they see other players expensiive skins.

Dude, people go gaga for cosmetics. I love receiving all sorts of cosmetics from my free earned crates within Heroes of the Storm. I don't have to pay the devs anything, only if I want to pay for Heroes I want there and now, rather than spending gems or gold on them, but I don't have to because I can even receive a Hero randomly within one of the earned crates, and if I receive one that I own, i'm instantly refunded 500 shards to go buy cosmetics with.

When you look at the big picture, we've had gambling in our games for decades. Look at the Arcade scene, we had to gamble with our quarters just to keep playing those games. We have to gamble all sorts within our RPG's for specific things we want. Gambling is around us more than you think it is for games with MT's and cosmetic boxes.