Knack II is such an oddity in the PlayStation landscape. With big-budget visceral action games like God of War, Spider-Man, and Days Gone on the horizon, a colorful platform-brawler with a cartoon mascot seems out of place — archaic even. Yet here we are, with the sequel no one asked for. Overall, Knack II is competent enough. It's polished, it's substantial, it's fine in small doses. It just never transcends mediocrity. Knack II fails to capitalize on its most provocative gameplay dynamic — shrinking and expanding in size — and relies on a lot of recycled level designs and tired puzzles to pad out its running time.

Those who skipped the first Knack, which launched alongside PS4 in November 2013, will have no problem following the sequel's story. The world of men is once again under threat from goblin forces, this time from the long-forgotten High Goblins and their army of robotic warriors. Players will join Lucas and his best friend Knack, a sentient being created from ancient relics, as they jet from location to location trying to halt the mechanical menace in its tracks. 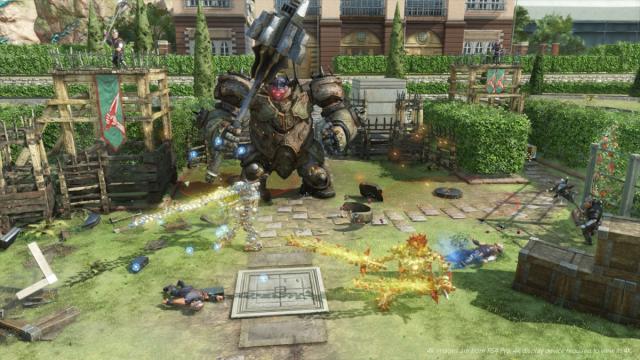 The story in Knack II is forgettable at best and amateurish at worst. The characters are dull and unfunny, the situations hopelessly hackneyed, and the "twists" eminently predictable. The dialog is especially bad. This is the kind of game where the villain says, without a drip of irony, "today the capital, tomorrow the world!"

Luckily, the game's mechanics and gameplay loops are more satisfying than its narrative. Knack II is two-thirds a brawler and one-third a 3D platform game, and in both areas it delivers serviceable products. Combat is simple, but fun, and there are enough environmental puzzles to keep players' neurons firing. The problem is that Knack II contains enough ideas for a six-hour game and it lasts as many as 12 on a first play-through. 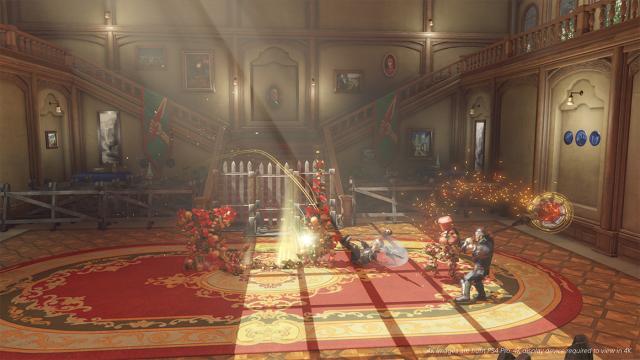 For the first few chapters of the game, things run smoothly. Knack has a handful of basic punches, kicks, and dodge moves, which he can use to defeat goblins, robots, and other hostile creatures. A handy shield can be deployed with perfect timing to deflect enemy projectiles. Again, it's simple but fun. Enemies come in different shapes and sizes, and take on enough new offensive and defensive postures throughout the game to keep players involved. Puzzles, too, are engaging. They include challenges like moving blocks into position, exploiting Knack's ability to absorb different elemental powers, and shrinking down to miniature size to move past road blocks.

These size-based puzzles are some of the best in the game. In fact, whenever Knack II asks players to manipulate Knack's size — with a press of the R1 button Knack sheds the modular ancient relics that make up his hulking form — the game shines. Only in his smallest form can Knack find hidden treasure chests spirited away across the game's 15 chapters. Weirdly, though, opportunities for shape-shifting are limited mostly to scripted or linear segments. Weirder still, they're virtually non-existent in combat scenarios. 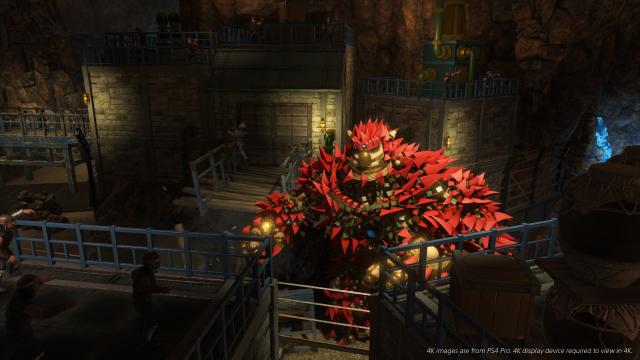 This marks a huge missed opportunity. Think of Ant-Man, the Marvel superhero who fights by dancing about the battlefield in microscopic form, only to return to normal human size at the moment of attack, landing blows with the full force of his body weight. Knack II could have leveraged its most interesting mechanic into combat, but it doesn't. Think also of boss battles in Minish Cap or Drill Dozer, or even Sony's own God of War II, where the player character has to take down a giant enemy from the inside. These opportunities are largely absent from Knack II, although the game flirts with the idea in chapter 13, when a tiny Knack scales a titanic robot, a la Shadow of the Colossus.

Missed opportunities aside, Knack II simply overstays its welcome. The game has a lot of filler. The same combat experiences pop up again and again, and puzzles mastered chapters earlier repeat in the game's second half. In two unique instances, Knack spends an entire chapter climbing to the top of a city or installation, only to be thrown from it and tasked with climbing it again. Most egregiously, chapter 13-2 is an exact replica of chapter 1-1. 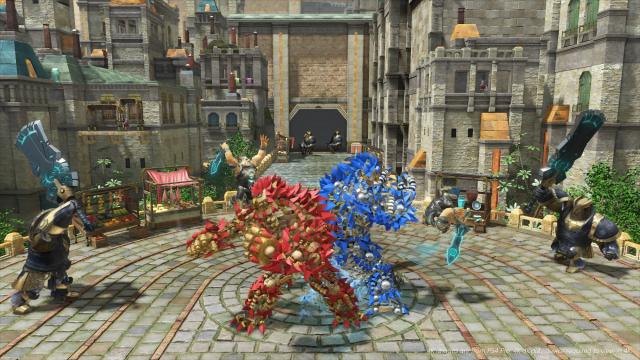 If you as a player don't mind the repetition, Knack II actually offers quite a breadth of content. The game's 15 chapters take about 12 hours to beat. There are lots of hidden treasure chests with power-up parts to find, and a bunch of chapter-specific medals to unlock. Once finished, a new game+ option opens up. Moreover, the entire game can be played with a friend in couch-co-op.

Maybe a Knack III would elevate the series, but as of right now Knack stands as one of the most aggressively average and forgettable Sony first-party franchises. It works as a suitable Skylanders or LEGO substitute, acceptable for families and local co-op aficionados, but never manages to separate itself from the pack. Credit goes to Sony Japan Studio for building in to the game a lot of content, both in-game and post-game, but there isn't enough meat here to justify the running time. Knack II banks on simple, reliable ideas that are fine in tiny bites but tiring in large doses. Its most engaging mechanic — Knack's ability to expand and contract — is unfortunately underused, or limited to scripted moments.

Seeing all the meme posts, I'm wondering if anyone mistook the memes as genuine and bought the game, lol.

Why not?! It's a pretty good game, even better than the first. Also a great game for kids.

A good game, but not the greatest game ever made like the jokes say. Imagine if you thought this was one of the best games ever and played it.

I liked the first game already and this is a step up in every category. Great fun with your children too.

In all seriousness, it's honestly a decent game, and I don't regret buying it. It truly has the potential to be a series which is consistently solid, but we'll have to wait and see what Sony does

I think it needs more platforming to reach it's full potential.

Playing through it right now. Big improvement over the first one.

A huge minus is that camera angle. So very annoying.

There's another Knack?! Wow. First must have sold well.

"The sequel no one asked for"

Watch your mouth you blasphemer.