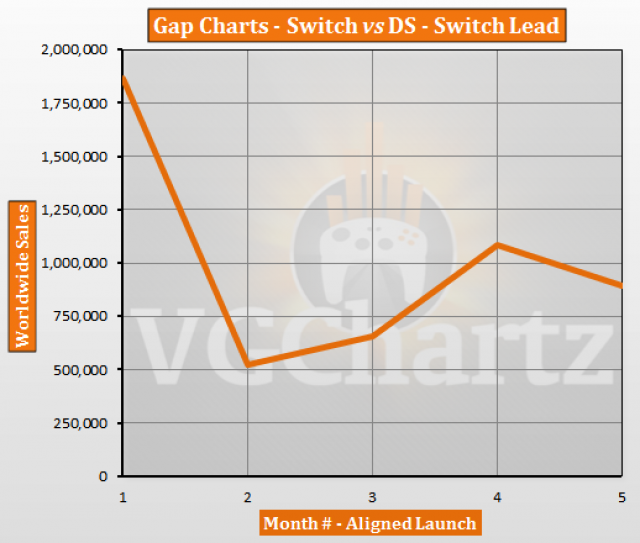 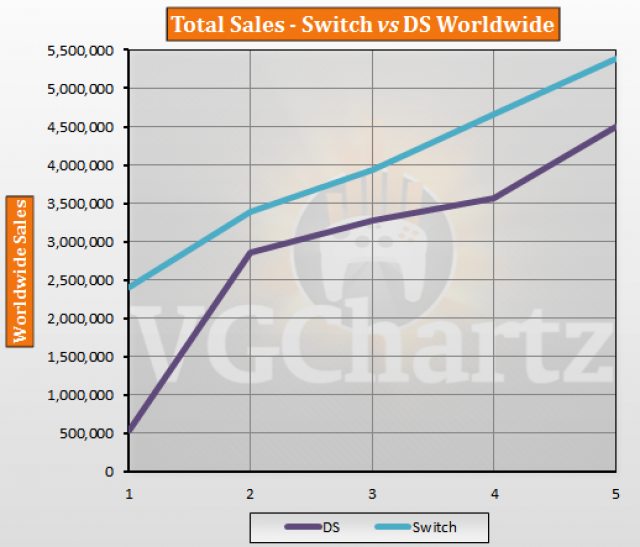 July 2017 is the 5th month that the Nintendo Switch has been available for. During the latest month the gap grew in favor of the DS by 192,863 units. After two months the Switch is currently ahead of the DS by 891,734 units.

The Switch won´t stand a chance against the DS when the Lite release :)

While it is unlikely the Switch beat the DS. It isn't impossible. We shall see how sales hold up over the next few years.

Well, the Switch is more expensive. However, the Switch will get a Pokemon game, and that should not be underestimated.

I didn't realize it took a while for the DS to take off, I just remember people like my mom and others who never get that sort of thing having one for games like Brain Age and such from quite early on. It's the only time I think we've seen something comparable to the original Gameboy and Tetris phenomenon in handhelds, where it just exploded with people who would not normally be interested. I honestly doubt Nintendo is even capable of manufacturing and shipping enough Switches to match the DS even the demand somehow remained constant lol

The DS really didn't have anything of note on it till I think the March after its release when Canvas Curse and Meteos came out, and those weren't even that big. It really started to take off with Mario Kart and Nintendogs. Then the DS lite made it a crazy success.+

DS is just biding it's time.. waiting to strike.

DS, the PS2 of handhelds. Not sure if the Switch can match it but we'll see... Sometimes you should expect the unexpected like Doom 2016 on the Switch.

The fact that these charts even exists shows that the switch is a sucess.
But I think a VS psp graph would be most interesting.