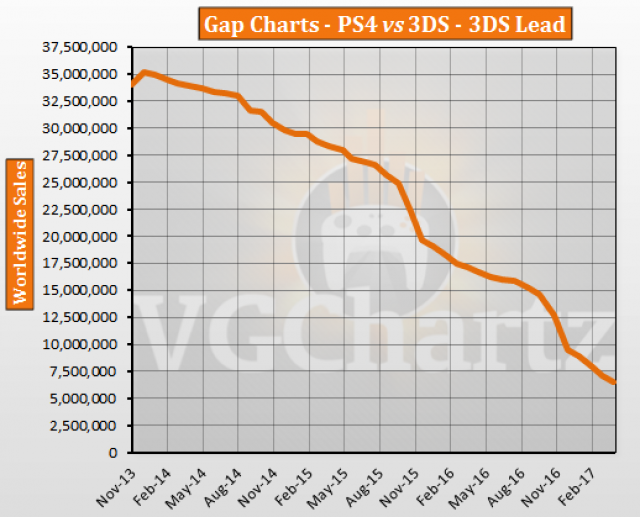 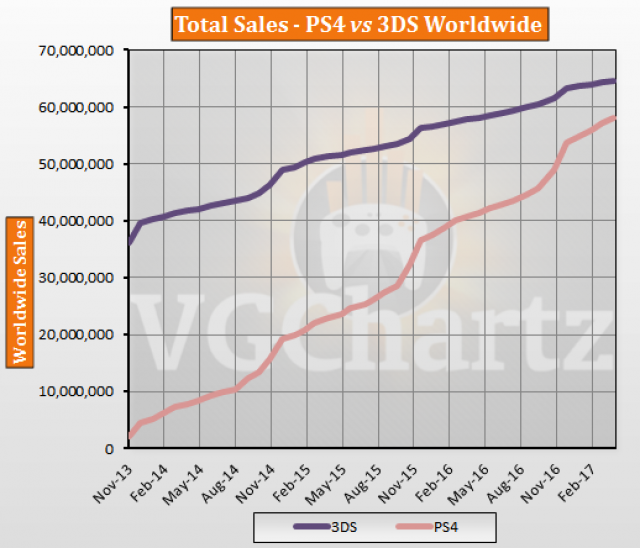 In the midst of gen 7, I'd never have thought it would happen. Following the Wii U's launch and Microsoft's Xbox1 reveal, though, it certainly seemed plausible lol... Very impressive.

Alrhough the 2dsxl+metroid+US/UM is a thing so I don't think ps4 would be able to catch up while the 3ds is still in support... I can see the 3ds hit 80 mil when all is over. The ps4 might overtake it but only barely.

Of all the comparisons going on right now i find this one the most fun, its gonna be interesting to see when it will surpass it.

Eh, kinda meh comparison at this point, we have known for a while who's gonna win. PS4 vs Wii is currently the only comparison I look forward to in the future