Created by a team of industry veterans whose credits include BioShock and Dead Space, Perception is obviously a labor of love. The title is smaller in size and scope than those blockbusters, but, at the same time, more approachable and intimate. It's a game that appears to mean something important, even urgent to audio director Jim Bonney and husband-and-wife design team Bill and Amanda Gardner. That urgency shines through in the final build of Perception and helps paper over some cracks in the game's design.

Perception is the story of Cassie Thornton, a young woman driven close to the edge of madness by recurring nightmares of a haunted house. Prompted by a desire to vanquish the dark dreams from her mind, she embarks on a journey to the estate at Echo Bluff in Gloucester, MA. There she confronts her own demons and those of the estate's inhabitants over the years. 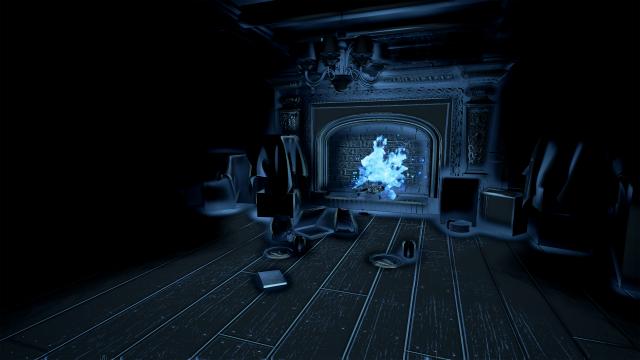 Perception is a first-person horror adventure game with two important twists. The most meaningful twist revolves around Cassie's blindness. Using her cane to echolocate, Cassie can "see" the contours of the estate and its doors, furniture, and "touchstones," interactive objects that trigger a memory. This makes for an especially spooky tour of the house, as Cassie remains in complete darkness unless nearby sound triggers an echo effect. Players can use Cassie's cane to bounce sound off the walls, but risk alerting the game's antagonist, The Presence.

The Presence, unfortunately, is a poor enemy. Too much noise will draw its attention, at which point Cassie can flee to a hiding spot. Regrettably, it's easy for players to avoid the ghostly spirit indefinitely. When it does appear, typically at scripted moments, it's not particularly scary. Worse, there's no real penalty for being caught. Players simply return to the front of the house. 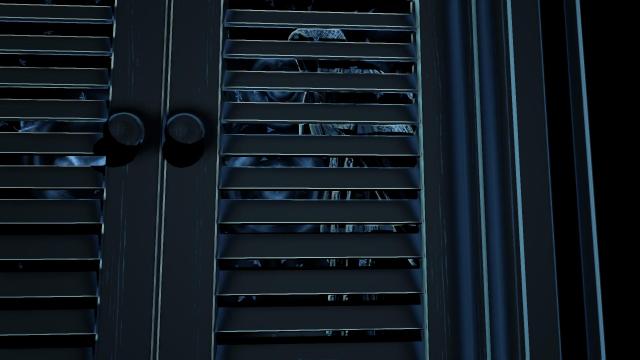 Luckily, the game earns its scares in other, more subtle ways. Blindness plays a big part, disorienting the player and introducing a pervasive sense of helplessness. Also spooky are the objects and memories scattered around the house. Most horror filmmakers and game designers are wise enough to know that the viewer's or player's imagination is the most potent scare factory, and the designers at The Deep End Games use this wisdom to let players' imaginations run wild in the darkness. Suspense and dread carry their weight in Perception.

What makes Perception even more unsettling is its second gameplay twist: time travel. The game is divided into four chapters, each of which takes place in the Echo Bluff estate at a different moment in time. Cassie will enter the house in modern times, then, eventually, travel into the 1940s, the nineteenth century, and beyond. Each time period has its corresponding puzzles and scares. 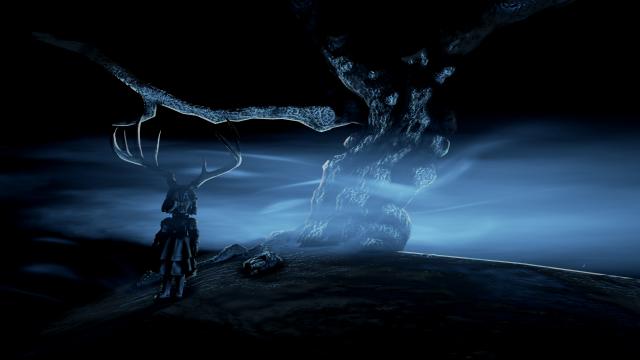 Perception isn't the most mechanically-rich title. During the game, players will explore a house, hide from The Presence, and trigger memories. It's an adventure focused more on atmosphere, ambiance, storytelling, and artistry than it is complex level design and emergent gameplay.

Fans of scary games looking for a few hours of Gothic horror will undoubtedly enjoy Perception. It's neither as engaging nor as terrifying as first-person horror games like Amnesia or SOMA, but its earnest spookiness goes a long way. The developers at The Deep End Games made something sincere and heartfelt, and it shows.

This review is based on a digital copy of Perception for the XOne, provided by the publisher.

Looks good. Ill check it out