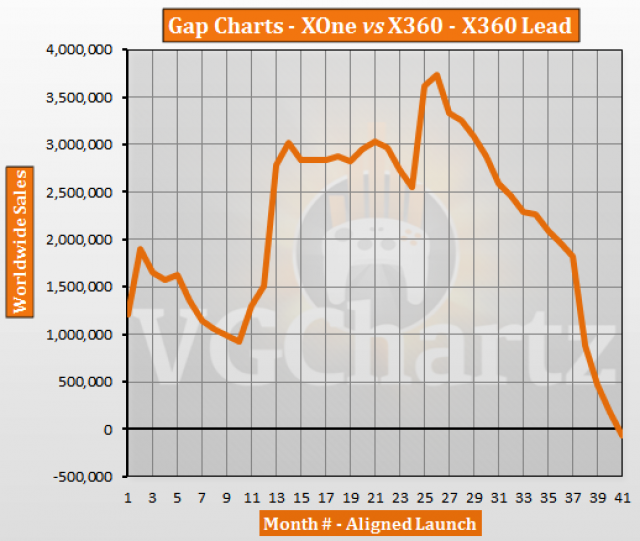 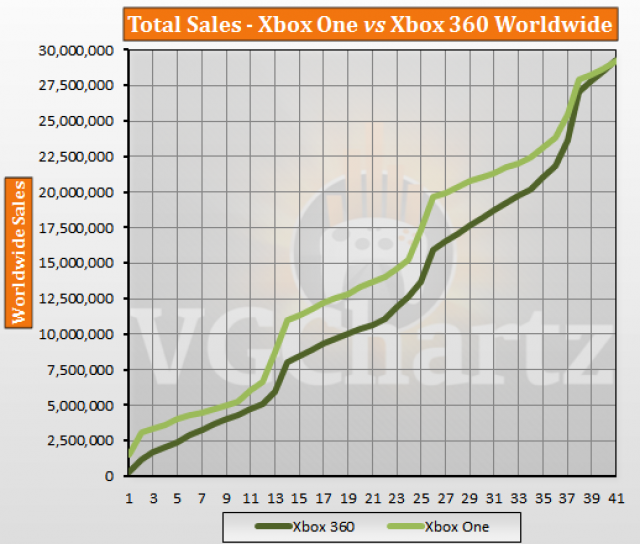 Even with Scorpio around the corner I think it's almost impossible for the One to compete against 360's Kinect strike-back (starts not until 60th month!)...

Well...think of it this way, the ps3 was sonys kind of a misstep, and the xbox one was microsofts misstep at launch (interesting that both were their 3rd consoles), and Playstation was always more popular than xbox, so yeah lol The 360 was more popular vs the ps4 is way more popular and the mess ups at the start will forever haunt the Xbox One...it's not doing badly though, and I personally like it (I have a ps4 and xbox one, and will get a switch sometime).

Took the 360 long enough, but now the ONE has basically no chance anymore to pass it's predecessor again

How about some Switch Gap charts against the 3DS, Xbox ONE, PS4 and/or Wii?