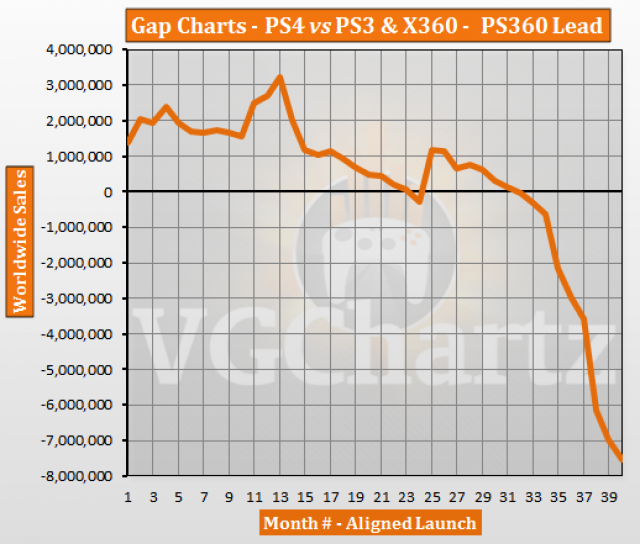 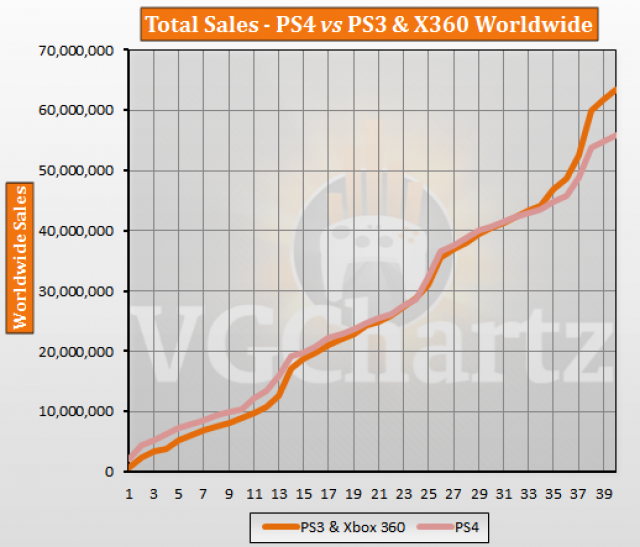 This is a poor comparison. PS4 is not gonna sell more than PS3 and 360 combined, so I don't see the point.