At first glance, Mr. Shifty looks like a Hotline Miami clone. It's a top-down action game in which the hero must take down mobs of enemy goons, and the smallest mistake can mean a premature death. A second look reveals a title more mobile and more dynamic than Hotline Miami, although missing the latter's audio and visual flourishes.

The story in Mr. Shifty is undeniably bare bones. A thief with teleportation abilities infiltrates a heavily-guarded tower to steal a plutonium core. That's about as deep as it gets. Things like motive and context aren't important here. The thief's tech support, Nyx, provides a bunch of sarcastic one-liners throughout the adventure, but for the most part storytelling takes a backseat to the game's strength: combat. 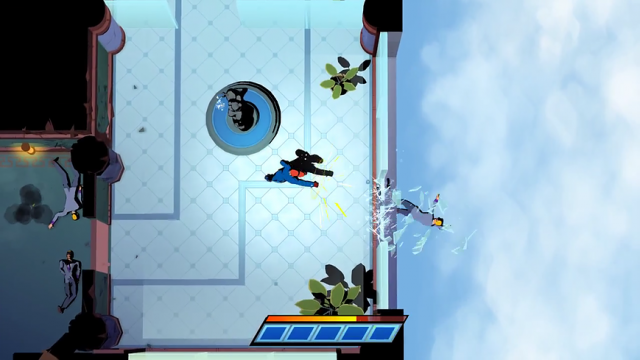 Combat is the heart and soul of Mr. Shifty. Players will need to clear room after room of armed mercenaries, figuring out how to eliminate hostiles without getting killed. The wrinkle in this equation is a teleportation mechanic, which players must use to outmaneuver enemies. By dematerializing in front of a bad guy and rematerializing behind him, players can take him out before he knows what hit him.

It's a simple mechanic that goes a long way. Players can dodge through walls and escape the path of bullets in the blink of an eye, setting up action far less deliberate and much more spontaneous than the fighting in something like Hotline Miami, which often required careful consideration of the next move. Adding to the improvisational feeling of combat are sub-weapons and breakable environments. 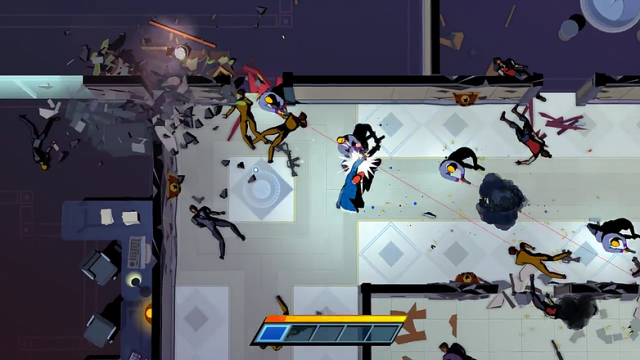 As players dash and punch their way across each floor of a seemingly-endless skyscraper, they'll pick up sub-weapons of varying effectiveness and fragility. While these add another layer to combat — there's something supremely satisfying about teleporting into a room, snatching up a wooden oar, teleporting out, then using that oar to send a goon flying out a fifth-story window — the items are a little silly. Since the game is set in an office building, expect the corresponding accoutrements; be prepared to fight with keyboards and coffee mugs.

There are exceptions. Some floors feature ornate Grecian statues with shields, swords, and, most amazingly, tridents. It's difficult to put into words how transcendent it feels to launch a trident down a hallway, impaling several bad guys in a row. 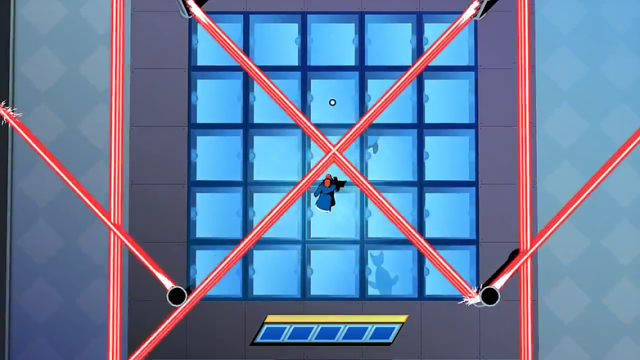 Mr. Shifty might have the power of Nightcrawler at his disposal, but he's not invincible. Walls and other fixtures will degrade and break after absorbing too much punishment. This means players can't hide behind a wall and ambush their prey; they'll need to teleport often and react swiftly to enemy movements. This is all part of the game. In fact, the developers encourage it. Only by defeating many enemies in quick succession can players fill a gauge that triggers a time slow-down (and a second chance at life) when Shifty is hit — otherwise a single hit means death.

The game takes a break from fast-paced combat every now and then to accommodate environmental puzzles and obstacles. Players might need to navigate a room filled with deadly lasers, or trick an automated turret into clearing a path. These serve as nice palate cleansers, but don't compare favorably to Mr. Shifty's fast and furious fighting. 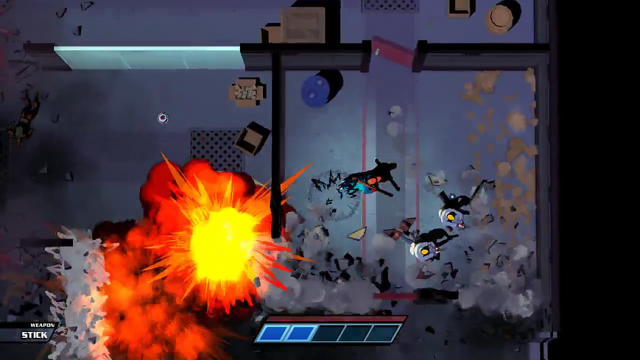 That fast and furious fighting can turn slow and lethargic on occasion, when the frame rate drops. Too many moving parts or a few too many explosions can cause the game to buckle, resulting in choppy presentation. It's not a game-breaking problem, but it is a nuisance, particularly in the game's final few chapters.

Mr. Shifty isn't the most polished or substantive game out there. Its presentation is basic and its story generic. The folks at Team Shifty make these things seem inconsequential, however, by focusing intently on the title's core gameplay hook. Mr. Shifty might be short on content and looks, but its teleportation mechanic is so satisfying that it's easy to look past any shortcomings and concentrate on its fast and frenetic combat.

This review is based on a digital copy of Mr. Shifty for the NS, provided by the publisher.

I read that name as something else completely at first! LOL

Don't worry! I couldn't stop singing "Get Schwifty" while writing the review :-P

Please tell me the name was "Mr Shitty!" :P

I'm really interested in the title but before buying it I'll wait the eventual patch that fixes framerate, in a game focused so much on teleportation and dodging bullets framerate issues can be gamebreaking

A story would be the last thing I expect from a game like this, so that's not a neg for me.