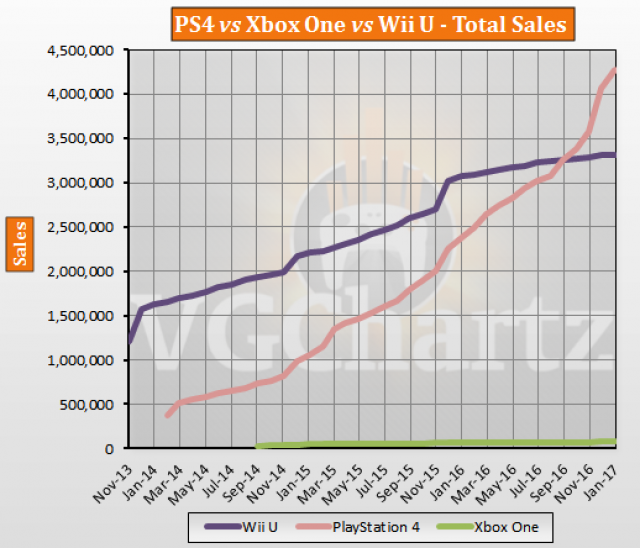 Taking a look at the marketshare, the PlayStation 4 has a 56 percent market share, the Wii U sits at 43 percent, and the Xbox One just one percent. 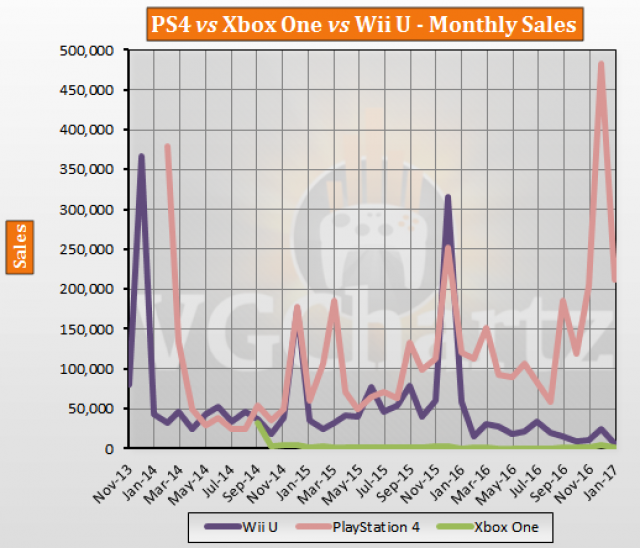 Looking at market share for the month, the PlayStation 4 managed to achieve 97 percent. The Wii U accounted for three percent of the consoles sold, and the Xbox One accounted for less than one percent.

why is X1 even on here? I don't like Xbox but this is just cruel

What happened in September 2014? Seems to be the only time the xbox made any bump what so ever.

That's when it was released in Japan

The line for XBONE looks like the flat line from a heart monitor... Piiiiiiiiiiiiiiiii.... lol

The PS4 line had it's biggest Christmas season. I think that is because of FFXV and Persona 5. Excluding Gran Turismo are there any huge PS4 exclusives coming in Japan? I know there is KH3 and Tekken 7.