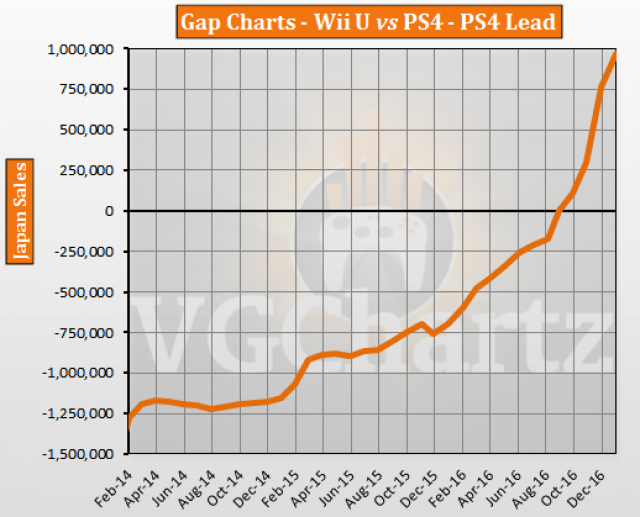 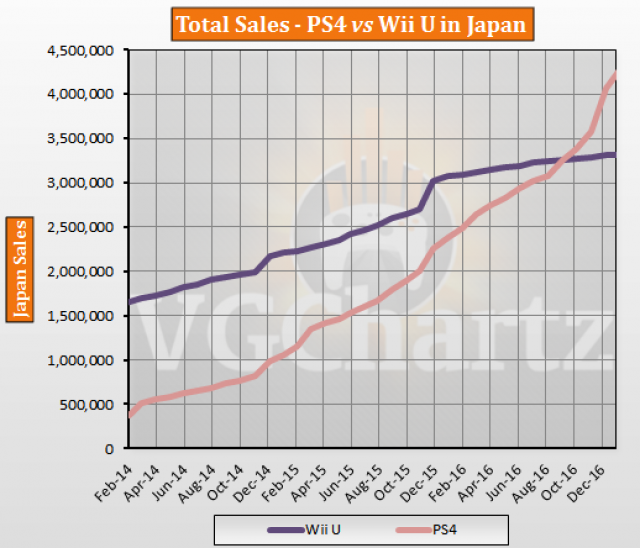 In its latest month on sale in Japan the PlayStation 4 outsold the Wii U by 205,845 units and has extended its lead. It also sold 1.66 million more units in the last 12 months. The PlayStation 4 currently leads by 966,195 units.

Well, the PS4 finally startet to get its big JRPGs, while the WiiU is flatlining. Well, at the very least it put a decent fight. Can't wait to see the first Japan: Switch-PS4 graphs.