The action adventures video game from Sony Interactive Entertainment - Gravity Rush 2 - sold 147,859 units first week at retail on the PlayStation 4, according to our estimates. First week sales can be viewed on the VGChartz Global Weekly Chart for the week ending January 21. 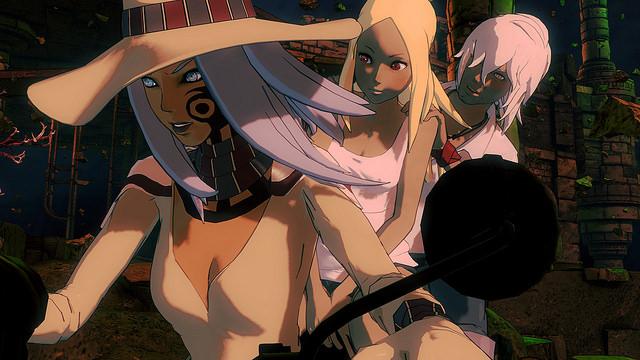 If they end up losing money on it it will not be surprising, but it'll also be a massive shame. The game is very good, though I imagine it probably didn't cost very much to make. Lots of reused assets from GR1. If the first game could sell half a million and still be considered profitable enough to justify funding a sequel, then maybe GR2 will be ok. Ultimately, it's a great game whether it sells well or not.

Hey, Sony. Reprint the Remaster. Its aftermarket price is ridiculous!

Probably not a high priority, especially now that sales for 2 are so tepid... After all, originally they were only planning on releasing it digitally here, and they only printed copies in NA after fans made a stink, so they probably feel like the people who wanted it already got it (myself included)

Probably not a high priority, especially now that sales for 2 are so tepid... After all, originally they were only planning on releasing it digitally here, and they only printed copies in NA after fans made a stink, so they probably feel like the people who wanted it already got it (myself included)

Those are some pretty weak sales, at least at first glance

I would buy this game if I had a ps4. Hopefully it has legs.

Shame that it didn't do more, though I am reserving my judgement until NPD (where hopefully some leaker or whatever will mention it...)

Yeah, hoping for some legs on this cat

I don't know if that is enough for them to get their money back but at least it did better than the original in japan. Hopefully will have legs when the price drops and can surpass 1million including digital

Good game, good reviews :)
And i hope the best for the masterpiece Yakuza Zero. Gravity Rush 2 is really nice = )

Not bad considering it released at the worst possible time. Even December would have been better.

Great! With digital sales it will be 200K, we can have another million seller in this generation.

That it? Sometimes i wonder if the developers just release pew pew/action games.