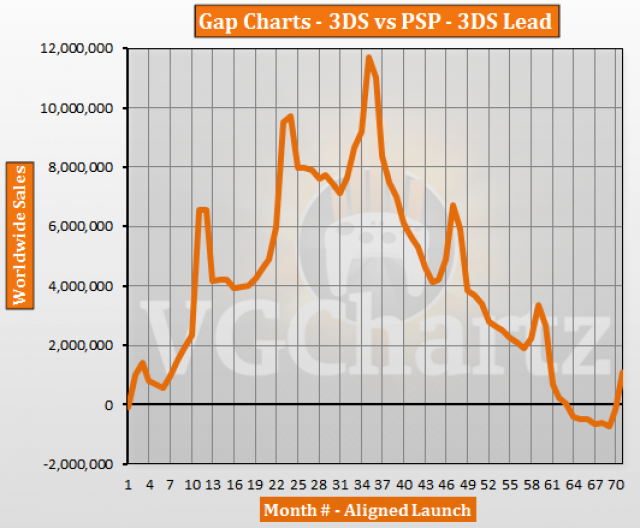 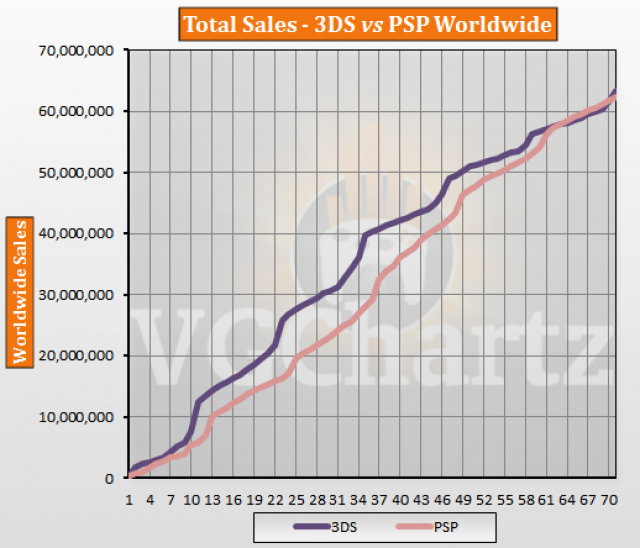 Okay, this time the title of the graph makes absolutely no sense. The PSP doesn't have a lead, and the graph is for the net 3DS lead, so either justification doesn't work.

Reaching 70m by the end of its life is not a bad number, specially considering the mobile market has shrunk the handheld market to a third of what it was.

What a battle! I have a feeling PSP will win this though, due to the Switch. I hope I'm wrong, I love my 3DS!

I could see 3DS having a shot at surpassing PSP if it gets another Pokemon game.

The 3DS is hanging on! Probably finish at 70mil.