The Flame in the Flood (PS4) - Review

You know those "best games you've never played" lists that pop up from time to time? They were made for games like The Flame in the Flood, a rogue-like survival game. Previously exclusive to Xbox One and PC, The Flame in the Flood arrived on PS4 last month with a new "Director's Commentary" mode. It's still the same tough-as-nails game that players slept on last February, though — an absorbing, addictive, punishing survival simulation with great audiovisual design.

The story in The Flame in the Flood is simple: a young girl and her canine companion drift down a river in a post-societal America, most of which is submerged by floodwater. She must scrounge resources, craft tools, stay warm and dry, and avoid deadly predators in order to remain alive. There is a campaign of sorts with benchmarks and stages, and also a story-less endless mode. 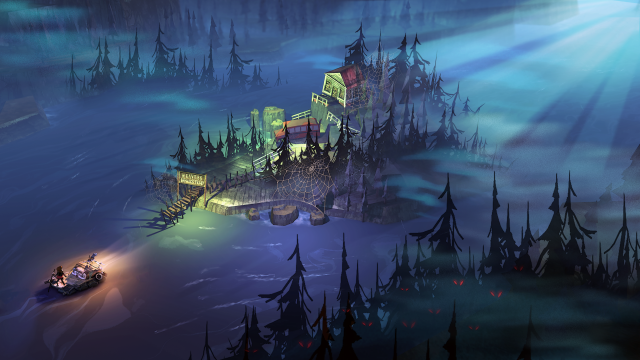 Across both modes, the game is split into two segments. In the first, the young girl Scout must maneuver her makeshift raft down raging rapids. In the second, she must explore islands on foot for shelter, clean drinking water, supplies, and fire-starting materials. There's a rub, however. Since Scout can't push upstream, she's forced to visit one or maybe two islands per section. For example, she might be able to stop by a forest to scavenge supplies but she'll miss out on the work bench on the island across the water.

The Flame in the Flood is defined by these kinds of dilemmas. Players must think quickly and act nimbly, deciding not only which islands to visit and which to bypass, but also when to hoard items for later use and when to consume things quickly in order to last long enough to reach the next settlement or island. Since everything in the game is procedurally generated, there's no way to anticipate what will happen next. 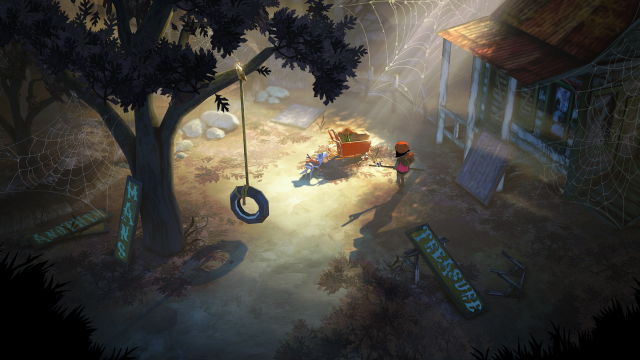 All of this leads to an especially realistic, harrowing, and grounded survival simulation. There are never any lulls in the action or opportunities to put down roots. The Flame in the Flood not once lets its foot off the gas and never offers its players refuge. It feels like true survival. For fans of the genre this is a boon. For those less comfortable with this kind of impulsive decision-making and trial-and-error gameplay, The Flame in the Flood might be a source of frustration.

Another source of frustration is the game's menu system and interface. Throughout her adventure, Scout must create dozens of different items, traps, and articles of clothing. Unfortunately, everything is done in a rather cramped menu with different subcategories for recipes, inventory, and crafting. It's an unnecessarily Byzantine system that requires players to flip back and forth between subcategories to determine which crafting materials are missing for which blueprint. 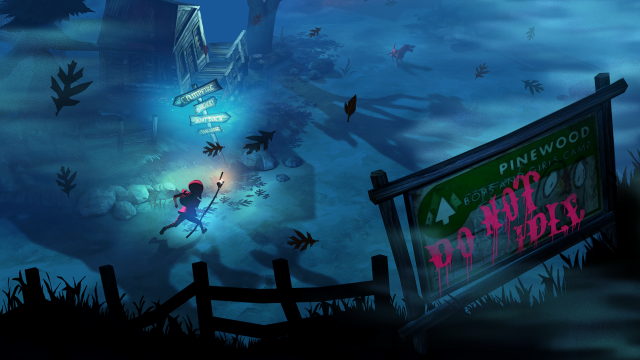 Artistically, The Flame in the Flood earns high marks. The gothic visuals are evocative of a particularly macabre children's storybook, and the twangy music, penned by Alt-Country musician Chuck Ragan, gives the entire adventure a sense of place and mood.

For an entire year, The Flame in the Flood flew under the radar. Now, with its re-release on PS4, fans have another opportunity to check out this hidden gem. It's neither the biggest nor the boldest survival game, and it's hamstrung somewhat by a clunky menu system, but it's still one of the more absorbing and habit-forming survival simulators out there.

This review is based on a digital copy of The Flame in the Flood for the PS4, provided by the publisher.

This game is amazing, I have quickly put around 25 hours into it, beat the campaign and having a blast in endless mode. Very addictive gameplay and mechanics. It is highly recommended you purchase it now.

This game has been on my wish-list for awhile. It looks really interesting and I love some of the music. I like games that bring their own sense of style.