The first-person shooter from Electronic Arts and Respawn Entertainment - Titanfall 2 - sold 385,499 units first week at retail, according to our estimates. First week sales can be viewed on the VGChartz Global Weekly Chart for the week ending October 29. 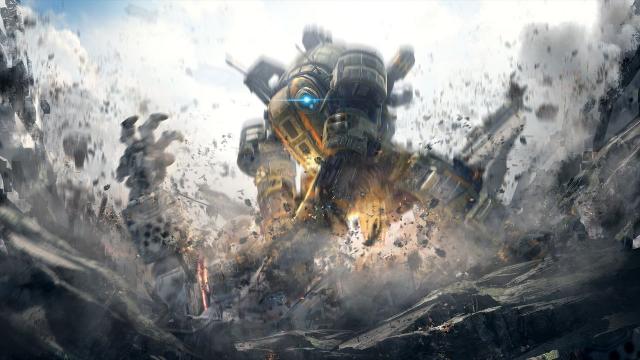 Titanfall 2 released for the PlayStation 4, Xbox One and Windows PC worldwide on October 28.

Farming Simulator and DB did better in their first week. Thanks EA for sending the second in an awesome series to the firing squad. Sigh Sandwiched between Battlefield 1 and CoD Infinite Warfare, it just never stood a chance...

REALLY hope this has great legs. The gameplay is awesome, the DLC will be free, and it has a great singleplayer campaign. And get this: the singleplayer has good level design! Good level design in shooters is so freaking rare though Doom and Splatoon have made efforts to change that. Seriously, this game DESERVES to succeed people.

The single player is average. You are right on the design though, great level design and platforming, but the missions, story, set pieces... not so much.

When you on a budget and can afford 1 FPS, 9 times out of 10 you'd get what you been playing for years or what your friends play. BF and COD been around longer and have a huge fan base. TF just didn't stand a chance.

The first one was way better.

That's too bad. Picked this game up on Black Friday for cheap and was pleasantly surprised by how good it actually is.

Everyone is just waiting for more NES Classics

The multiplayer took a step down from the original. I bought it for my X1, but I don't plan on making the online game anywhere near as much. Luckily, the original still has a very healthy community.

Ouch.
Sucks, because the campaign''s actually bloody amazing. A full 180 for a series that once questioned the necessity of even having a single player mode.

This game deserves so much more love...

I won this game on twitter and have no interest in the multiplayer but I greatly enjoyed the campaign, on that alone, its easely worth at least half of the full retail price, considering the praise of the multiplayer i have seen, I am pretty sure people need to just buy this if they are interested in it.

this game bad sales is a victim of the console wars, Most Sony fans will not pick it up because it was a Microsoft exclusive in the past.

Fans of the original game were turned off by the beta.

Yeah thats bullshit, i bought this game the moment i could.

Does this also mean that most of the Xbox owners that bought the first one only did so because it was a Microsoft exclusive? Titanfall sold 942k on Xbox One and 408k on Xbox 360 first week, yet Titanfall 2 only sold 173k on Xbox One first week.

i know thats the case to me. i'm still salty and vowed i would not but the second if it released on ps4 and i kept my word.