When Titanfall first hit PC and Xbox platforms back in 2014 it was clear that FPS genre had been changed for the better. Not only was combat and movement beautifully paced, but the constant power play between small, agile players and hulking strong Titans was a breath of fresh air for an increasingly stale genre. More traditional EA and Activision FPS franchises have been playing catch up over the last few years, but very few have held even a candle to the original Titanfall's gameplay. 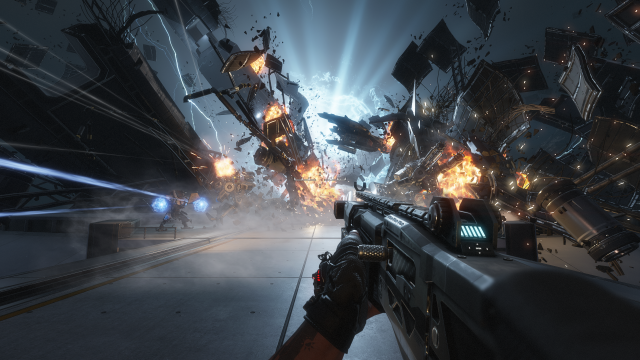 That being said, the original did have its flaws. The lack of a single player campaign made the game feel expensive and relatively bare-bones compared to other shooters on the market. The small PC community also meant that players were left waiting ages in lobbies to be connected to games, which is something a multiplayer-only game should never suffer from. This left plenty of room for improvement for the sequel, and so it's not especially surprisingly to find that Titanfall 2 stacks up measurably better than the original in most significant areas, so much so that I’d find it incredibly difficult to now go back to the original.

Enter a campaign mode - one of the most sought after features for this sequel following its absence in the first Titanfall. My expectations were low for the campaign, despite the fact that pre-release interviews by the developers emphasised the work that had gone into creating strong characters and a decent plot (they would say that, wouldn't they?), and not just because the first game lacked a campaign but also because the world of Titanfall was actually quite bland. I was wrong.

Throughout the campaign the Titan steals the show; it has more personality and I formed a deeper connection with it than I ever expected. The Titan's witty comments, coupled with its genuine concern for your welfare, makes for an extremely enjoyable and engaging campaign. Add to this the relaxed way in which the factions of the IMC and the Frontier Militia are introduced and explained to the player, and there's actually a great story on offer in Titanfall 2; one which cleverly underpins the crazy and weird game world. 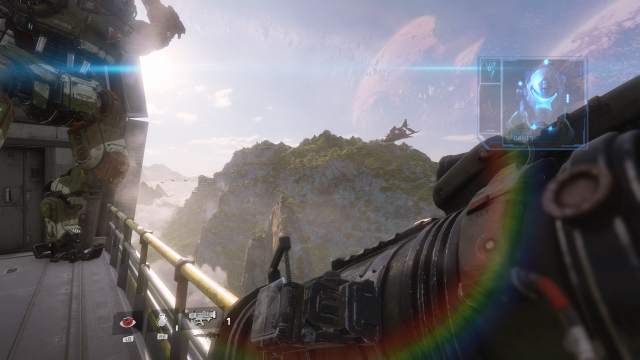 But that would all be for naught if the gameplay hadn't held up. Thankfully, it never skips a beat, and remains enjoyable throughout the campaign and beyond. The combination of platforming mechanics and first person shooting makes for a strange adventure, but one that feels consistently great as you mow down groups of enemies. It’s no understatement to say that you'll feel skilled as you make your way through the campaign.

Titanfall 2 doesn’t rest entirely on the original's solid mechanics, though; rather they prove to be a fantastic foundation upon which Respawn have piled new features. I don’t want to spoil these new mechanics (they’re actually linked to the story and are a joy to discover for yourself), but suffice it to say that Respawn hasn’t been afraid of experimenting with its IP. You’ll be doing something new in almost each level, and this results in a campaign that feels fresh from start to finish. I may have completed the campaign on hard in one sitting over 5 hours - which is a shame - but it was some of the most fun I’ve had with a game’s campaign since I completed Doom earlier this year.

This sense of fun and adventure extends to the campaign’s collectibles. Here, Respawn take full advantage of the controls and gameplay mechanics to make them a challenge to collect. While in most other games collectibles are hidden, in Titanfall 2 they're in plain sight, but out of reach; it’s up to you work out how you're going to reach them, which adds something of a puzzle element to the campaign. 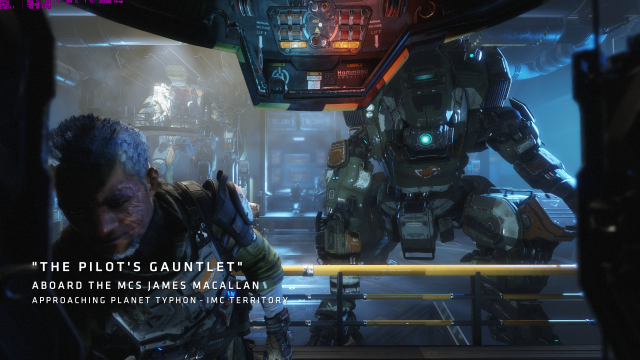 Multiplayer, however, is still the bread and butter of Titanfall. The Titanfall 2 beta a few months ago was something of a PR disaster that left many fans, including myself, fearful of the end product. Put simply the game just didn’t feel the same. I’m glad to say that the beta was not indicative of the final product; Titanfall 2’s multiplayer is a shining example of how good a multiplayer-centric game can be.

The classic game modes return and are joined by two new game modes: Bounty Hunt and Coliseum. Bounty Hunt is basically a new take on the original Attrition mode, albeit you accumulate cash that must be banked instead of points. Coliseum is wholly new and original. In order to enter the Coliseum you must have a golden ticket, which can be gained through levelling up. You’re then able to enter a completely plain round arena and face off against one other player in a best of three fight, with the winner receiving a bounty of prizes and the loser going home empty handed. This will sound boring to some, but for others it will be the best way of proving their abilities and honing their skills. Regardless of your preference there should now be something for everybody in terms of game modes. 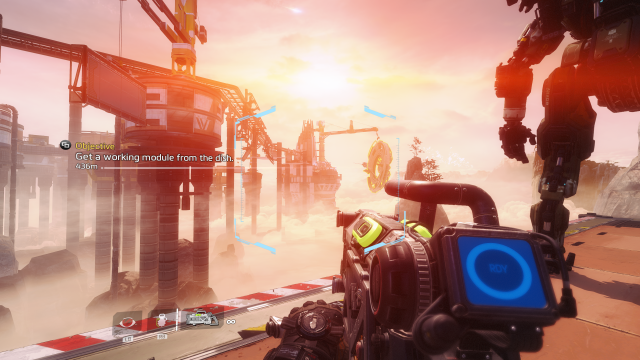 You’re constantly moving or doing something - there's rarely a valid reason to be camping at the back of an area, for example - and the fact that AIs spawn around the map ensures that less able players are given a chance to practice while contributing to their team's score. There’s a particular sense of thrill to be had taking down a human-controlled Titan, though, especially when you're able to use your size and speed to defeat a hulking machine that's armed to the teeth.

Titanfall 2 is also great to look at, although the environments can become repetitive and plain at times. This isn't a huge negative, as most of the time you’re traversing environments so quickly that you won’t have a chance to stop and inspect the environment up close. One thing that does stand out in a positive way, however: the skyboxes. Respawn may have stolen some artists from Bungie, because Titanfall 2 contains some of the most impressive backgrounds I’ve seen in a game outside of the Halo series. 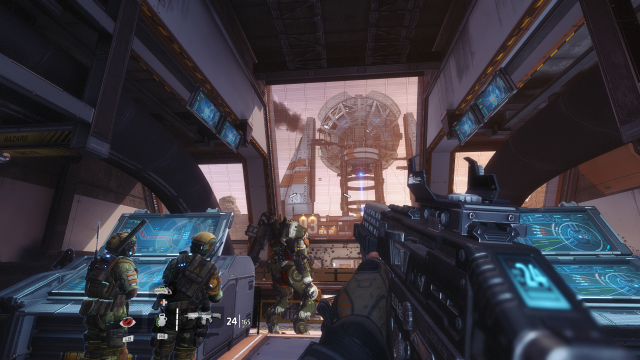 Naturally there’s an unlock system, and here again Titanfall 2 manages to improve dramatically upon the original. From the offset you’re only given certain weapons and abilities to choose from. Each weapon you choose and take into combat has its own level, which means the more you grow accustomed to using a certain set of weapons, the better they’ll become. Each level also gives you credits which can be used to unlock abilities earlier than usual. It's a very strong unlock system that allows you to spec your load-out to your own tastes.

However, elsewhere the level of customisation is disappointing. Whilst you can unlock new equipment and weapons, you’re not actually able to customise your Titan’s weapon load-out or body. In Titanfall, I loved playing as the tank Titan with an 'assault rifle' weapon - a combination I found could take down enemies with relative ease. This isn’t possible in Titanfall 2, as each Titan has pre-determined abilities and weapons set-ups that cannot be altered, meaning my old 'tank' Titan was locked to a flamethrower weapon that I hated. I expect Respawn's concern here was balance - having a flying Titan using a powerful weapon whilst also having a powerful core ability would ruin the game's balance, I just wish there was more flexibility in this respect.

I don't want to finish on a negative though. Respawn has built magnificently on the original Titanfall and crafted one of the most entertaining and downright enjoyable games of the year. Respawn truly know what they’re doing when it comes to the FPS genre and Titanfall 2 is the best proof of this yet.

This review is based on a digital copy of Titanfall 2 for the PC, provided by the publisher.

Titanfail again. Thats what u get if you make your game too similar to others. 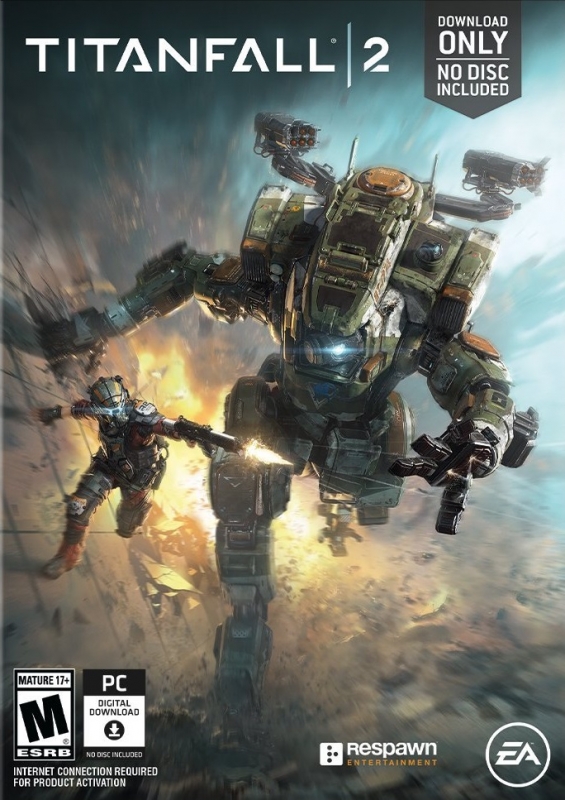 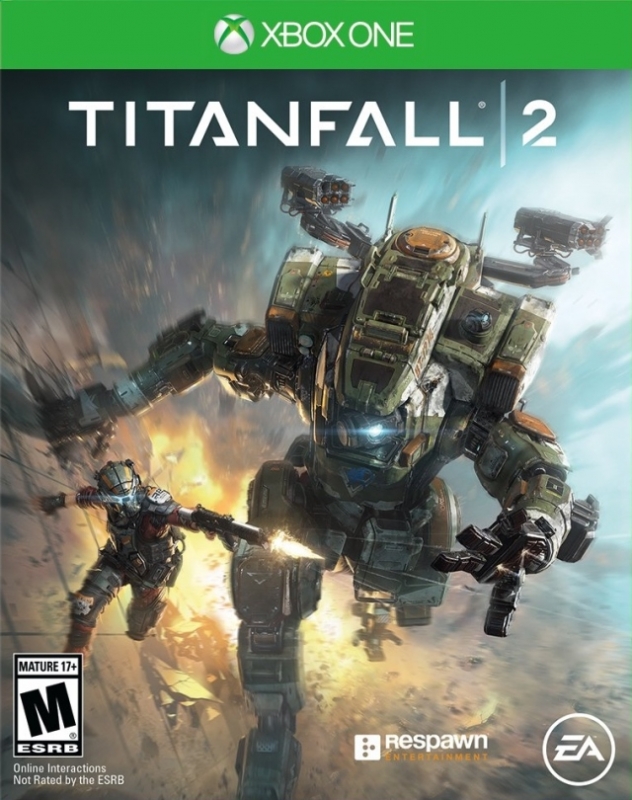